NOT FOR DISTRIBUTION TO UNITED STATES NEWS WIRE SERVICES OR DISSEMINATION IN UNITED STATESCALGARY, Alberta, July 13, 2020 (GLOBE NEWSWIRE) — Pieridae Energy Limited (Pieridae or the Company) (TSXV: PEA) has received written notice from Kellogg Brown & Root Limited (“KBR”) that KBR is no longer prepared to negotiate and conclude a lump sum turnkey engineering, procurement, construction and commissioning (“EPCC”) contract in relation to the proposed Goldboro LNG Facility. Although KBR has indicated they remain interested in providing the EPCC services for construction of the Goldboro LNG Facility, KBR’s decision to no longer provide a fixed price contract is in apparent contravention of its obligation under the terms of a signed services agreement dated March 27, 2019 made between Pieridae and KBR.“With this notice from KBR, we are looking at all of our options, including discussing the matter with legal counsel to determine the most appropriate next steps,” said Pieridae CEO Alfred Sorensen. “There are other reputable and experienced firms who have the expertise to provide these services, with some already indicating a willingness to replace KBR. We have had discussions with several of them to gauge their interest.”A Reuters article published June 22, 2020 stated ‘KBR will exit most of its liquified natural gas (LNG) construction and other energy projects.’ The article’s author wrote that KBR’s CEO sent an email to employees, stating that the company will ‘no longer engage in lump sum, blue-collar construction services,’ saying the COVID-19 pandemic accelerated the decision to leave fixed-price energy projects.The Goldboro LNG Project remains solid with many key elements in place: the majority of key permits, a 20-year contract with German energy company Uniper Global Commodities to buy half of Goldboro’s gas, confirmation of eligibility in principle of an untied loan guarantee of up to US$4.5 billion from the German Government, a signed benefits agreement with the Nova Scotia Mi’kmaq, and Pieridae has the majority of the gas needed, when developed, to supply Goldboro’s Train 1.Uniper had agreed in recent weeks to extend key deadlines including making a final investment decision on the Goldboro LNG Facility by June 30, 2021. Concurrently, Pieridae continues to take further tangible steps to advance the project as we design and plan core owner infrastructure projects such as the highway re-alignment around the LNG Facility site; construction of a large-scale work camp; building key marine facilities for LNG offloading; and, facility site terracing.About Pieridae
Founded in 2011, Pieridae, a majority Canadian owned corporation based in Calgary, is focused on the development of integrated energy-related activities, from the exploration and extraction of natural gas to the development, construction and operation of the Goldboro LNG facility and the production of LNG for sale to Europe and other markets. Pieridae is on the leading edge of the re-integration of the LNG value chain in North America. After completion of all the transactions disclosed in this news release, Pieridae has 157,641,871 common shares issued and outstanding which trade on the TSX (“PEA.TO”).
Forward-Looking Statements
Certain statements contained herein may constitute “forward-looking statements” or “forward-looking information” within the meaning of applicable securities laws (collectively “forward-looking statements”). Words such as “may”, “will”, “should”, “could”, “anticipate”, “believe”, “expect”, “intend”, “plan”, “potential”, “continue”, “shall”, “estimate”, “expect”, “propose”, “might”, “project”, “predict”, “forecast” and similar expressions may be used to identify these forward-looking statements.  Forward-looking statements involve significant risk and uncertainties.  A number of factors could cause actual results to differ materially from the results discussed in forward-looking statements including, but not limited to, risks associated with the Goldboro project, the ability to meet project completion timelines, benefits to be derived from the project, and other risks and uncertainties described elsewhere herein or in Pieridae’s other filings with Canadian securities regulatory authorities.Forward-looking statements are based on a number of factors and assumptions which have been used to develop such forward-looking statements, but which may prove to be incorrect. Although it is believed that the expectations reflected in such forward-looking statements are reasonable, undue reliance should not be placed on forward-looking statements because no assurance can be given that such expectations will prove to be correct. Additional information on factors that could affect operations and financial results are included in reports of Pieridae on file with Canadian securities regulatory authorities and may be accessed through the SEDAR website (www.sedar.com), and at Pieridae’s website (www.pieridaeenergy.com).Although the forward-looking statements contained herein are based upon what management believes to be reasonable assumptions, management cannot assure that actual results will be consistent with these forward-looking statements. The forward-looking statements contained herein are made as of the date hereof and Pieridae has no obligation to update publicly or revise any forward-looking statements, whether as a result of new information, future events or otherwise, except as required by applicable securities laws. 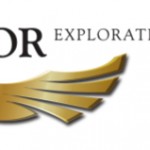 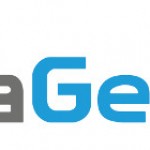