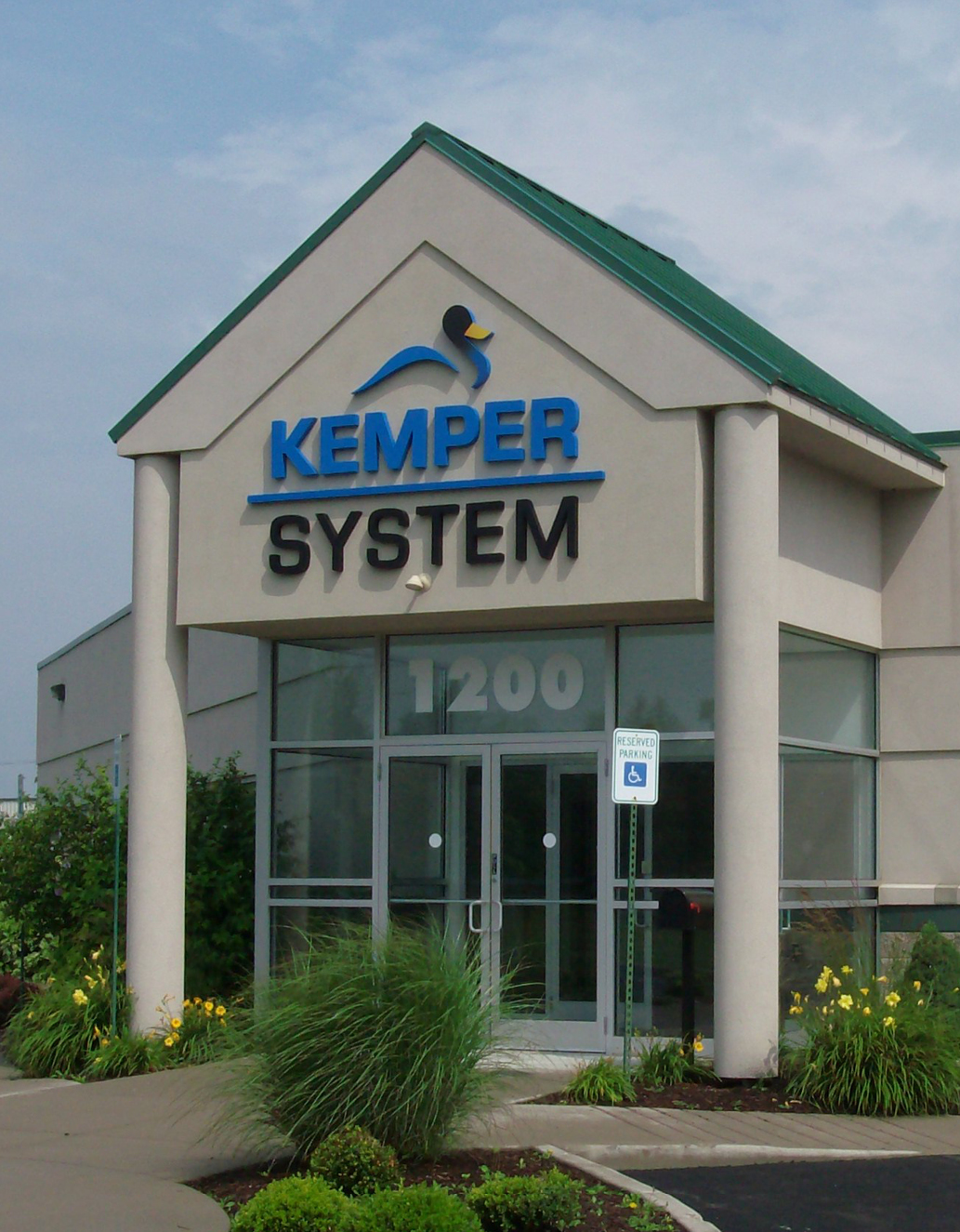 Kemper System Canada Inc. provides waterproofing, roofing and surfacing technologies for the construction and maintenance industries, and over the years has evolved as a worldwide specialist for waterproofing and specialty coatings. Kemper System provides solutions for the most challenging projects where traditional materials exhausted their limits.

The original Kemper System product was developed in Germany in the 1950s, and it’s fair to say that Kemper System launched a new age of coating and surfacing technologies market. Since the development of this cold liquid-applied and fully reinforced waterproofing membrane, Kemper System products have performed on billions of square feet.

“Most of the industry products today are based on the original design as created by Kemper System. In 1967, this product was sold on a commercial level as a flashing material, and as a roofing and waterproofing system. For example, it was used on the Volkswagen plant, using three million square feet of the product. 46 years later, the roof still performs today,” says Gordon Carr, Account Executive for Eastern Canada, Kemper System.

In 1986, Kemper System joined the IBG Group, an industrial holding company with international operations. IBG Group helped Kemper System grow internationally. The German-based company maintains subsidiaries in Europe, the U.S., Canada, India and China, and had built partnerships with qualified contractors and distributors in a number of other countries.

Kemper material has a proven long-term performance, and can withstand ice, water and heat, not being just a roofing system but overall waterproofing solution. “This system can be used for parking decks, fountains, foundations, gutters, flashing … you name it. The main difference is that this is a cold system.

The competition’s systems are pre-manufactured, and the installer needs to shape them to fit, and joining two different systems together. Kemper System installers create the membranes onsite, and they create a monolithic membrane, with the material spreading edge to edge as a single piece,” says Carr.

In 2010, Kemper System arrived in Canada, opening a sales office in Mississauga, Ont., and the company started to grow almost instantaneously educating architects, contractors and building owners about this cold-applied system. “These cold-applied systems are quite alien to Canada, but it has moved the repair industry away from torches and other typical roofing tools. Kemper System is an odourless alternative to the traditional systems,” says Carr.

The company’s polyurethane, odour-free system allows Kemper System to offer this as a solution for indoor applications as well. “The product is solvent-free (traditionally the heat activated and solvent-based solutions produce a rather unpleasant odour from heating and/or  gassing) and can be applied indoors during regular operating hours, because it has low Volatile Organic Compounds (VOCs),” says Carr.

Besides being a cold-application and odourless product, Kemper System is derived from plant-based (castor oil) materials. “This is a plus, plus, plus product all around. As an example, we have installed the product on an existing water fountain inside the Ottawa International Airport. The installation took place in the centre of the airport during regular operating hours with minimal disturbance to the airport operation, and without any offensive odours drifting through the airport halls. It’s these little things that win the advantage compared to other materials available on the market,” says Carr.

“The nice thing about the Ottawa airport fountain project was that it utilized all the benefits of the Kemper System product. We were dealing with multiple substrates that the material had to adhere to — copper pipes, concrete basin at the bottom, stainless steel pan, a vertical wooden wall, and a stone feature at its side. Our product adhered to all of these substrates using a single type membrane, tying everything dissimilar into one monolithic solution, and our waterproofing membrane was the only portion that went smoothly.”

Based on Carr’s fountain example, waterproofing represents only a tip of the iceberg for the Kemper System product. After application, the product can be exploited further, tiled over, and carry an overburden, which makes it more than suitable for the current push from large cities to create green roofing [roofs partially or completely covered with vegetation] solutions. “In 2009, Toronto passed a bylaw on green roofs, requiring the construction of green roofs on new developments, and our product is a perfect fit for this type of application. Vancouver is not far behind in this aspect. This is one of the new markets we see for our product,” says Carr.

Kemper System is a new solution in the Canadian market, and Carr explained that education plays a major role in successfully marketing this product in the company’s niche market – commercial real estate applications. “Besides tradeshows, we offer Lunch and Learn, getting into the architect and consultant’s offices, making presentations and teaching them about cold-applied systems. This certainly gives us good access to these professionals, and from here we provide technical workshops in our Mississauga office, giving demonstrations, and getting these professionals up to speed on how the materials are applied, and providing them a better visual understanding of the product. Usually when someone sees the material applied, they can better imagine for the practical applications of this product,” says Carr.

Being based in GTA, the majority of Kemper System business comes from Toronto, and the company’s key focus has been targeting the architects in the GTA.

Besides Ontario, the company has representatives in B.C. and Western Canada. “The west has landed several projects already, and we are also looking at adding new groups in the midwest, creating us a broader stance for Kemper System in Canada, making sure we have a good coverage across the whole country, just as we’ve done in the United States.”

Cold-applied, odour-free, low VOC and worry-free” are only few of the adjectives that describe this unique solution. The product is already gaining some solid momentum in the industrial and commercial applications, and with the booming construction industry, changes to Kemper System Canada’s upward trajectory are highly unlikely.