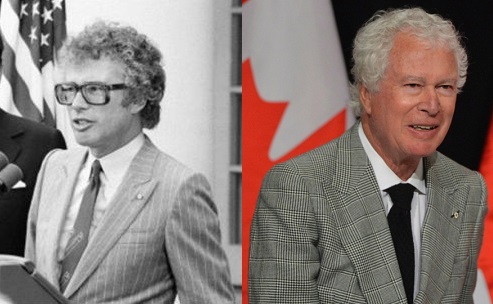 The Calgary-born diplomat became famous for his role in the 1979 covert operation called the “Canadian Caper,” when he sheltered six Americans who escaped capture when a mob of Iranians stormed the U.S. Embassy in Tehran and took most people inside hostage in November 1979.

Taylor kept the Americans hidden at his residence in Tehran for three months and orchestrated their escape by arranging plane tickets and persuading the Canadian government to issue fake passports.

Taylor’s heroism was portrayed in Ben Affleck’s 2012 movie Argo. However, Taylor and others, including former U.S. President Jimmy Carter, were less than impressed by the movie’s storyline, believing the film greatly downplayed Canada’s role in the operation while giving far much more credit to the CIA than was deserved.

In 2013, Taylor’s story was told again at the Toronto International Film Festival, which debuted the documentary, Our Man in Tehran.