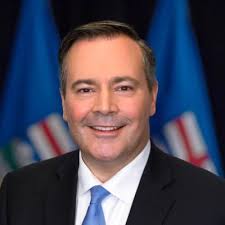 CBJ — The people of Alberta flocked to the polling stations in record numbers and when the votes were tallied they overwhelmingly chose to oust Premier Rachel Notley and the NDP after just one term in office and instead have turned to the United Conservative Party and its leader Jason Kenney — who becomes the new premier.

Kenney is a former federal Conservative cabinet minister who opted to leave Ottawa in 2016 to return to his home province to try and reignite the conservative movement.

One of the first things Kenney is expected to focus on when he takes over as premier — dump the controversial carbon tax.  That would lead to the federal carbon-pricing plan being imposed in Alberta, but Kenney has promised that under his leadership Alberta will use the courts to challenge the federal plan’s constitutionality, much like Ontario, Manitoba, Saskatchewan and New Brunswick.

In the end, the election wasn’t even close; the advance polls proved to be very accurate, much to Notley’s dismay. Kenney’s UCP routed Notley and the NDP in a clear sign that the majority of Albertans rejected the path the province had been taking for the past four years.

At the top of mind for most voters has been the lagging provincial economy. Since 2016, when the bottom fell out of the international oil market, Alberta has been in a prolonged recession; recovery, economists say, has stalled coming into 2019, with unemployment hovering around 7%. It became plainly evident that a change in government was inevitable and Tuesday’s election showed just how emphatic that desire for change really was right across the province.