The story of Toronto-based Kerr Mines Inc., a North American gold exploration and development company, began about four years ago with the acquisition of the Copperstone Mine, a high-grade, fully-permitted gold deposit in western Arizona, and about a two-hour drive from Phoenix.

Kerr Mines Inc. is the combination of two separate businesses that merged in 2014. Prior to that, a company called American Bonanza owned the Copperstone project. However, despite its best intentions, too many operational mistakes were acted upon, forcing Bonanza to back away from further development.

The Canadian Business Journal recently spoke with Kerr Mines Inc. Chief Executive Officer Claudio Ciavarella about the patient path Kerr Mines has taken with its prized possession and what the plans are in moving forward, especially in light of the fact the global sentiment towards gold has warmed significantly since those gloomy days in 2014. The main focus is to commence surface and underground exploration to support a decision on the restart of operations at the fully permitted Copperstone Mine.

“When we got introduced to the program our team of geologists and engineers went down there to look at it and conduct our due diligence and we really liked the project,” begins Ciavarella.

It was a courageous, astute move on the part of Ciavarella and his team because 2014 was an extremely difficult time for the sector, with equity markets in a challenging position and the price of gold spiraling downward. Numerous companies were heading for bankruptcy, including American Bonanza. But the decision to be a buyer was a calculated decision that Ciavarella felt confident would reap huge dividends down the road.

“There were plenty of opportunities to be realized if you were strong enough to take them on and hold them until such a time when the markets would turn again because they always work in cycles,” explains Ciavarella.

Upon evaluating the project it was determined that the issues faced by American Bonanza were ultimately due to an overleveraged balance sheet, which carried significant debt. The price of gold turned negative and it forced the owners to hastily rush into production in an effort to generate cash flows. Consequently, a number of necessary steps were missed in a best attempt to quickly launch a successful project, but those missteps ultimately helped to seal the fate of the company, or at the very least speed up its demise.

Copperstone’s history reveals very reliable, robust past-producing gold mine and there is every reason to believe there is still much more to come. Between 1987 and 1993 about 500,000 ounces were mined through an open pit operation by a company called Cyprus Amax Minerals. The open pit reached its economic limit by the end of 1993 when the gold price hovered between $300 and $400 per ounce, so operations were shuttered.

“Other companies picked it up and ultimately it ended up in the hands of our predecessor. They did a lot of drilling and were able to determine that there was still a significant amount of resources in the project. However, it would have to be done through an underground operation,” notes Ciavarella.

The Copperstone project has a high-grade gold resource with about 300,000 ounces and is situated in a safe mine-friendly jurisdiction of Arizona, where mining is an important part of the gross domestic product. The state of Arizona accounts for a sizable percentage of the mining that occurs in the United States and it’s one of the top-10 globally-ranked regions in the world.

A major benefit for Kerr Mines during the purchase of Copperstone in 2014 was that the previous owner had put it into production. Although the production timeline lasted just 10 months, it was more than enough to ensure that all of the environmental and production permits were in place. Ciavarella also credits the predecessor for doing an excellent job in building the required infrastructure, which came at a cost of between $50 million and $60 million USD. Existing infrastructure includes a power line and substation and three water wells. Also on-site are offices, maintenance shops and a laboratory building (permitted tailings facility, processing facility and mill). All of that represents crucial capital expenditures that take a great deal of time and money, but were already in place waiting to be used.

Beyond the thorough existent infrastructure, the fundamental fixed reason as to why Kerr Mines made the decision to push forward with the project is that their team of geologists all holds a strong belief there is a significant exploration upside on the asset.

“The problems encountered by our predecessor were all fixable. There was no challenge they had that we viewed as something that could not be overcome,” says Ciavarella.

Kerr Mines sat patiently on the project for a couple of years, waiting for the market sentiment towards gold to improve. The positive upward swing finally began to take hold at the beginning of 2016 and that’s when Ciavarella made the decision to activate the project from the shelf.

“I approached our chairman of the board and we decided to implement a turnaround strategy to properly move the project forward,” reveals Ciavarella. “We went into a process of settling with creditors and injecting additional working capital. Our chairman is the largest shareholder and I am the second largest – we owe all of the debt of the company as well. That process of getting everything straightened out took until the fall of 2016.”

It was during this time that Kerr Mines hired a contractor to rehabilitate the mine and that task was completed in March, 2017. There was also a need to install a forward-thinking, experienced CEO who would be able to take the reins of the company.

“We met with a number of people and ultimately the board and a group of large shareholders recommended that I take the role,” says Ciavarella, who is a professional accountant and an accomplished entrepreneur, having built three highly-successful businesses in the Toronto area.

Ciavarella was clearly the best choice to lead the company from the top, but he also recognized he is not a technical person and so the first requirement was to build up a strong, experienced technical team around him.

“I hired Martin Kostuik to be our president. He’s a mining engineer from Queen’s University with 25 years of mining experience, including a time at Barrick’s Goldstrike Mine,” he says.

From that point, Kostuik was tasked with building out the rest of the geology group.

The corporate strategy all along has been to move forward as if the company were starting from scratch. Ciavarella says the overriding objective was to update the resource on the property and publish a pre-feasibility study, and the target they set was for the end of Q1 in 2018.

“Implementation of the first phase of our drill program started last August. It had two specific objectives: one was to focus in on the existing Copperstone resource in the open pit to confirm accuracy reports and what had been done there by our predecessors but ultimately it was to allow us the opportunity to create a new resource model that we would be able to base the rest of our decision-making processes,” he says.

Kerr Mines also conducted a surface drilling program that was focused on one of the exploration targets. Kerr’s geologists believe there is a significant opportunity to expand the resource. There are six exploration targets on the project and one of them is located about 150 meters to the southwest of the Copperstone zone and essentially runs parallel to it.

“Our team put together a model and we drilled from surface into this target to try to continue to identify and to map it out. We wanted to establish it as a true zone of mineralization that we believe would be able to add ounces to the Copperstone project overall,” says Ciavarella.

Kerr Mines enhanced the reliability of the drill results at Copperstone as well as expanding the resource in terms of the strike length and expanded it at depth. Ciavarella is exceptionally pleased with what they’ve been able to accomplish to date.

“We’ve established a new footwall zone, a 375-metre by 350-metre long dip. Most importantly what it also confirmed for us, with this drilling, is that the geology is identical to the Copperstone zone. For us that was important because it gives us confidence that it is an area that requires further drilling with significant resources,” he continues.

The extensive additional work that has been implemented in the program wrapped up in December, 2017. Now the primary objective is carrying out the pre-feasibility study and updated resource model, which is being worked on and is still on schedule to be published at the end of the first quarter. On the back of the completed feasibility study, Ciavarella and his team will make a production decision in terms of moving the asset forward and transitioning Kerr Mines into production and cash flows.

“We have roughly three kilometers of underground mine development in place with access and utilities. We have a 450 ton per day processing plant that is in place and it has the opportunity to be upgraded quite easily. We have a tailings storage facility with capacity for the existing resource along with power and water distribution systems, service buildings, assay labs and roads to the exploration,” he says.

The purpose of Kerr’s drilling is to provide additional insight but their team of geologists believe that the growth for the Copperstone zone alone can grow to be easily 500,000 to 600,000 ounces. The second part of the drill program was focused in on the footwall target, which has been established as a foot wall zone. Expectations are that there could be another 400,000 to 500,000 ounces in that parallel zone.

“Everyone, including independent geologists, believes the minimum that we’re going to get to is at least a million ounces,” states Ciavarella.

Meanwhile, innovation provided by newer technology is becoming more prevalent in the mining industry, including sophisticated equipment and programs that are now being used to thoroughly analyze information and to come up with more efficient modeling. Despite notable advancements, Ciavarella feels there is still has a long way to go in terms of implementing technologies that will bolster the sector as a whole.

“One thing that I think is lacking in our industry is the implementation of robotics and how that could impact efficiencies and safety,” he says.

All signs point to a busy period in time for Kerr Mines over the next couple of years with the overriding objective to come out with the pre-feasibility study followed shortly thereafter by a production decision.

“Once we make that production decision, we’d realistically be 12-15 months from being in a position to enter production,” says Ciavarella.

If all goes as planned, Kerr Mines expects to be ramping up production at Copperstone by the second half of 2019, followed by full production mode in 2020.

With a complete transformation from where the company was at even just a year ago, Kerr Mines now has great story to tell and offers up the opportunity to introduce people to the emerging brand and expand upon its presence. Through Ciavarella’s justifiable optimism he envisions a number of excellent project opportunities for Kerr Mines and other similarly-constructed companies – single asset organizations – that are looking for growth.

“I’m a big believer that strategic decisions are going to be made to grow whether it’s through mergers or acquisitions,” he says. “Every month I run across different stories. We are not in a situation to take action now, but by 2020 we may be in a position to add another asset.” 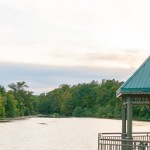