TORONTO, March 17, 2020 (GLOBE NEWSWIRE) — Kilo Goldmines Ltd. (“Kilo” or the “Company”) (TSX VENTURE: KGL) announced that, subject to regulatory approval, Mr. Donat Madilo and Mr. Michael Cooper were elected to the board of directors of the Company at the annual and special meeting of shareholders of the Company held on Monday, March 16, 2019 (the “Meeting”). They join Mr. James Mustard on the board who was also re-elected at the Meeting. Mr. David Netherway and Mr. Loudon Owen, long standing directors of the Company, did not stand for re-election at the Meeting and the Company wishes to thank them for their contributions while in office.
Mr. Madilo is currently Chief Financial Officer of Loncor Resources Inc., a junior mining and exploration company listed on the Toronto Stock Exchange and has over 30 years of experience in accounting, administration and finance. Mr. Madilo most recently was Senior Vice President, Commercial & DRC Affairs of Banro Corporation and was previously Chief Financial Officer of Banro Corporation. Mr. Madilo holds a Bachelor of Commerce (Honours) degree from Institut Supérieur de Commerce de Kinshasa, a B.Sc. (Licence) in Applied Economics from University of Kinshasa and a Master’s of Science in Accounting (Honours) from Roosevelt University in Chicago.Mr. Cooper has worked in the Canadian capital markets for the past 25 years, as an analyst and investor, writing research reports and helping raise private placement capital.  He has worked with and for some of Canada’s leading boutique exempt market dealers.  With a focus on public and private technology companies and mineral exploration companies, he has been active in M&A negotiations and financing work. He graduated from the University of Western Ontario with a BA (Economics) and is a Chartered Financial Analyst (CFA).At the Meeting shareholders also approved a change of name of the Company to “KGL Resources Ltd.” or other name approved by the directors and applicable regulatory authorities, and a consolidation of the common shares of the Company on the basis of a ratio of one (1) post-consolidated common share for up to every twenty (20) pre-consolidated common shares, with the timing and actual consolidation ratio to be determined by the directors.About Kilo
Kilo Goldmines Ltd. is a Canadian mineral exploration company that is listed on the TSX Venture Exchange under the symbol ‘KGL’ and on the Frankfurt Exchange under the symbol ’02K’. Kilo holds a 20% interest in a bid for mining rights to four iron ore concessions located in the Bamyan province of Afghanistan.Neither TSX Venture Exchange nor its Regulation Services Provider (as that term is defined in the policies of the TSX Venture Exchange) accepts responsibility for the adequacy or accuracy of this release.
For further information, please contact: Philip Gibbs
Interim Chief Executive Officer Tel: +1 416 360 3406
Email: Website:www.kilogoldmines.com
CBJ Newsmakers 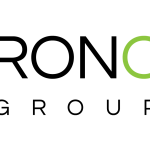 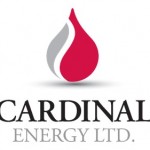