Home | Business News | CBJ Newsmakers | Kirkland Lake Gold Reports New High-Grade Intersections at Macassa Mine, Extends Mineralization Along Strike and Up and Down Dip of South Mine Complex

TORONTO, July 06, 2021 (GLOBE NEWSWIRE) — Kirkland Lake Gold Ltd. (“Kirkland Lake Gold” or the “Company”) (TSX:KL) (NYSE:KL) (ASX:KLA) today reported new drill results from 54 holes (20,773 m) of underground exploration drilling from the Macassa Mine in Kirkland Lake, Ontario. Holes in the program were completed from new drill platforms located on the east side of the 5300 and 5800 levels and designed to confirm and expand Mineral Reserves and Mineral Resources in the SMC zone to the east as well as up and down dip.

Tony Makuch, President and CEO of Kirkland Lake Gold, commented: “Today’s drilling results at Macassa highlight the extensive potential that exists to add new Mineral Reserves and Mineral Resources in the SMC, with high-grade intersections being reported outside of the existing deposit, to the east, south and north, as well as up and down dip. In addition, the new results also include high-grade intersections in the area where the SMC merges with the Amalgamated Break, as well as the identification of potential new high-grade lenses to the southeast and in the footwall of the main SMC structure. Of particular interest is the fact that, based on interpretations of the latest drilling, the SMC East mineralized structure appears to be swinging to the northeast in the direction of the large corridor of high-grade mineralization that we identified along the Main Break and announced last year. The convergence of these two structures would represent an extremely attractive exploration target and evaluating the projected area of convergence will be an important priority of ours in the future. We continue to target approximately 250,000 m of total drilling at Macassa in 2021, with eight underground drills and one surface drill currently in operation.”

These intercepts are believed to be related to new high-grade lenses occurring along the east extension of the SMC East Trend, with the overall trend appearing to be swinging slightly to the northeast towards the east portion of the previously announced corridor of high-grade mineralization identified along the Main Break (see press release dated April 22, 2020). The convergence of these two structures represents a high-potential target area for future drilling as drifting on the 5300 level continues to advance eastwards.

An additional 15 holes (5,987 m) of drilling from the new program were drilled to test the potential extension of mineralization up dip and into the footwall of the of current Mineral Reserves and Mineral Resources in the SMC.

Additional drilling for this target was completed from a new drill platform on the 5800 Level located approximately 350 m to the west of the holes on the 5300 Level. Significant results include: 15.7 gpt over 2.0 m, from 58-552 and 21.5 gpt over 2.0 m, from 58-585, which tested the structure in this area up to 100 m up dip. Testing within the 350 m gap between these two new holes and others drilled on 5300 level is limited and considered to have significant potential for additional mineralization.

Another 23 holes (9,189 m) of drilling from the new program were drilled to test the exploration potential along the south margin and down-dip extension of mineralization from current Mineral Reserves and Mineral Resources in the SMC.

Exploration drilling at Macassa is currently continuing with eight drills underground and one drill on surface.

The Company’s exploration programs at Macassa are conducted under the supervision of Eric Kallio, P.Geo., Senior Vice President, Exploration and Chris Evans, P.Geo, Chief Exploration Geologist at Macassa Mine. Eric Kallio and Chris Evans are the ‘qualified persons’ for the purpose of National Instrument 43-101, Standards of Disclosure for Mineral Projects, of the Canadian Securities Administrators, and have reviewed and approved the scientific and technical information in this news release.

The Company has implemented a quality assurance and control (“QA/QC”) program to ensure sampling and analysis of all exploration work is conducted in accordance with best practices. The drill core is sawn in half with one half of the core samples shipped to Swastika Laboratories in Swastika, Ontario. The other half of the core is retained for future assay verification. Other QA/QC includes the insertion of certified reference standards, blanks and the regular re-assaying of pulps and rejects at alternate certified labs. Gold analysis is conducted by fire assay using atomic absorption or gravimetric finish. The laboratory re-assays at least 10% of all samples and additional checks may be run on anomalous values.

Kirkland Lake Gold Ltd. is a senior gold producer operating in Canada and Australia that is targeting 1,300,000 – 1,400,000 ounces of production in 2021. The production profile of the Company is anchored by three high-quality operations, including the Macassa Mine and Detour Lake Mine, both located in Northern Ontario, and the Fosterville Mine located in the state of Victoria, Australia. Kirkland Lake Gold’s solid base of quality assets is complemented by district scale exploration potential, supported by a strong financial position with extensive management expertise.

For further information on Kirkland Lake Gold and to receive news releases by email, visit the website at www.kl.gold.

This Press Release contains statements which constitute “forward-looking statements” within the meaning of applicable securities laws, including statements regarding the plans, intentions, beliefs and current expectations of the Company with respect to the future business activities and operating performance of the Company. The words “may”, “would”, “could”, “should”, “will”, “intend”, “plan”, “anticipate”, “believe”, “estimate”, “expect” and similar expressions, as they relate to the Company, are intended to identify such forward-looking statements. Investors are cautioned that forward-looking statements are based on the opinions, assumptions and estimates of management considered reasonable at the date the statements are made such as, without limitation, opinion, assumptions and estimates of management regarding the Company’s business, including but not limited to; the continued exploration programs on the SMC and Amalgamated Break mineralization, the timing and results thereof; the ability to continue to expand the SMC and Amalgamated Break and to increase levels of resources and reserves as a result of such exploration programs and the anticipated timing thereof; the potential to increase the level of resources and reserves and potential conversion of mineral resources; the anticipated completion date of the #4 shaft and potential impact and benefits thereof; the amount of future production over any period; the anticipated overall impact of the Company’s COVID 19 response plans including measures taken by the Company to reduce the spread of COVID 19; and assumptions made relating to operating cash costs based on forecasts and projections. Such opinions, assumptions and estimates, are inherently subject to a variety of risks and uncertainties and other known and unknown factors that could cause actual events or results to differ materially from those projected in the forward-looking statements. These factors include the Company’s expectations in connection with the projects and exploration programs being met, the impact of general business and economic conditions, global liquidity and credit availability on the timing of cash flows and the values of assets and liabilities based on projected future conditions, the impact of COVID-19, fluctuating gold prices, currency exchange rates (such as the Canadian dollar versus the United States Dollar), possible variations in ore grade or recovery rates, changes in accounting policies, changes in the Company’s corporate mineral reserves and resources, changes in project parameters as plans continue to be refined, changes in project development, construction, production and commissioning time frames, the possibility of project cost overruns or unanticipated costs and expenses, higher prices for fuel, power, labour and other consumables contributing to higher costs and general risks of the mining industry, failure of plant, equipment or processes to operate as anticipated, unexpected changes in mine life, seasonality and unanticipated weather changes, costs and timing of the development of new deposits, success of exploration activities, permitting time lines, government regulation of mining operations, environmental risks, unanticipated reclamation expenses, title disputes or claims, and limitations on insurance, as well as those risk factors discussed or referred to in the Company’s annual Management’s Discussion and Analysis and Annual Information Form for the year ended December 31, 2020 and its filings for the quarterly period ended March 31, 2021, filed with the securities regulatory authorities in certain provinces of Canada and available at www.sedar.com.

Should one or more of these risks or uncertainties materialize, or should assumptions underlying the forward-looking statements prove incorrect, actual results may vary materially from those described herein as intended, planned, anticipated, believed, estimated or expected. Although the Company has attempted to identify important risks, uncertainties and factors which could cause actual results to differ materially, there may be others that cause results not to be as anticipated, estimated or intended. The Company does not intend, and does not assume any obligation, to update these forward-looking statements except as otherwise required by applicable law.

This press release has been prepared in accordance with the requirements of the securities laws in effect in Canada, which differ in certain material respects from the disclosure requirements of United States securities laws. The terms “mineral reserve”, “proven mineral reserve” and “probable mineral reserve” are Canadian mining terms as defined in accordance with Canadian National Instrument 43-101 – Standards of Disclosure for Mineral Projects (“NI 43-101”) and the Canadian Institute of Mining, Metallurgy and Petroleum (the “CIM”) – CIM Definition Standards on Mineral Resources and Mineral Reserves, adopted by the CIM Council, as amended (the “CIM Standards”). These definitions differ significantly from the definitions in the disclosure requirements promulgated by the Securities and Exchange Commission (the “SEC”) applicable to domestic reporting companies. Investors are cautioned that information contained in this Annual Information Form may not be comparable to similar information made public by United States companies subject to the reporting and disclosure requirements under the United States federal securities laws and the rules and regulations of the SEC thereunder.

1. True widths are not known at this time. 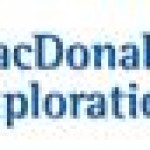 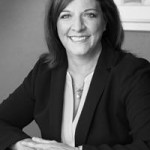