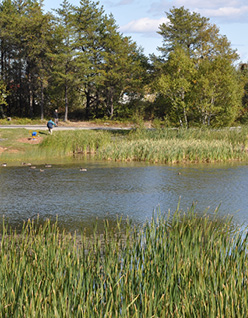 As the value of gold continues to grow, so too do mining interests in the former gold town of Kirkland Lake, Ont. A golden nugget during the 1960s, Kirkland Lake was home to seven gold mines, with the last closing in 1997. A sense of optimism has returned in recent years, with gold miners returning to prospect, develop, and lay mining claims in the Kirkland Lake Mining District.

This resurgence is best highlighted by Kirkland Lake Gold, the town’s largest mining operation, which in 2002 bought an existing mine with the intention of reopening to develop and produce at this site. It has been a source of exploration with several new gold resources confirmed. Bill Enouy, Mayor of the Town of Kirkland Lake, told The Canadian Business Journal, “Every time they drill, they find more, now drilling at 5,000 feet. We have gold mines producing right now, or on the verge of producing, so things are really booming up here.”

Return of the mining boom

The mining boom has returned to Kirkland Lake following a shift to white collar, professional jobs. When the gold mines closed and the local popular dwindled from 25,000 to 8,000, government work became the dominant industry in Kirkland Lake, with the Department of Veteran Affairs setting up shop locally.

Professional jobs became more available and the local economy diversified. Today, however, with the mines reopening, the number of miners outnumbers those employed in white collar professions for the first time in town history.

Such growth and job creation has seen the local marketplace take care of itself. Apartment rental availability is scarce in Kirkland Lake, while housing values have more than doubled in the past four years as well. While a good problem to have, the growth spurt taking place in Kirkland Lake has certainly created some challenges for the town, now with expansion initiatives in place in order to accommodate the grown. Moving forward, the plan is to continue developing the local commercial and retail sector to further meet business and community needs.

“We don’t have a strong commercial sector, and part of that is simply because the mines employ everybody, so it is difficult to find people to work,” said Wilf Hass, Director of Economic Development with the Town of Kirkland Lake. “We’re planning the community’s future in that direction and we’re making improvements in infrastructure and quality of life issues. We’re building into the future now.”

The Mayor added, “We think we can present an amenable marketplace for the commercial sector as we have seen a lot of growth in a 10-year period. Our mall was almost empty in 2001 and now there isn’t an empty space. We’re facilitating any business type that wants to come into our community – we’re open for business.”

Brian Hinchcliffe, CEO of Kirkland Lake Gold, founded the company 10 years ago, acquiring five productive mines, with the intention of launching exploration programs targeting new theories of higher grade gold within the Kirkland Lake Mining District. The possibility existed that mining camps in Kirkland Lake, and across the Canadian Shield, would be the recipient of higher gold prices and a return of mining interests within these areas. Old mines were opened and new mining techniques were applied.

Today, Kirkland Lake Gold has grown to employ more than 900 locally, with growth projections showing that number as high as 1,200 employees by fiscal 2014.

“We’ve realized the benefits of the higher cost of gold [up from $300 per ounce during Kirkland Lake Gold’s initial year of operation to more than $1,600 an ounce today] and it has helped us attract shareholders and employees,” said Hinchcliffe, who added that the company is now working on its expansion program to increase production. “The whole mining industry across Canada went through a fairly severe recession from the mid-1980s to 2005, so this is a bigger effort than putting a bunch of people to work and drilling for gold. It is a comprehensive effort to rebuild the various components and re-establish a healthy Canadian gold mining industry.”

In its 10-year history, Kirkland Lake Gold has provided more than 1,000 direct and 3,000 indirect jobs to the local community, creating excellent economic spinoff. High paying jobs are the most noticeable benefit, but Hinchcliffe agreed that other benefits, such as a booming local real estate market, has also occurred.

The nature of Kirkland Lake has changed. The community is growing both in terms of housing and commercially, with local amenities attracting more young families to live in Kirkland Lake.

“We offer a lot of things that are out of the ordinary for the Southern Ontario person, it’s just a matter of acclimatizing the family,” Mayor Enouy said. “It’s still an old mining town and it’s pretty hard to hide that fact, but we’re proud of our history and that’s what we sell to people.”

Many young workers are attracted to the benefits of a mining career, bringing this talent and its economic benefits to Kirkland Lake. The Mayor commented, “We look at the future as very strong. It just hasn’t happened yet because the people working are still very young.

“We’re in a critical stage in Ontario…The gold mining industry is here, and when the lumber industry turns around [in Kirkland Lake], there is going to be a good run up here of massive production of dollars and jobs.”