ST. JOHN’S, Newfoundland, Sept. 08, 2020 (GLOBE NEWSWIRE) — Kraken Robotics Inc. (TSX-V: PNG, OTCQB: KRKNF), Canada’s Ocean Company, is pleased to announce that on September 1st, it signed a contract to supply minehunting systems to the Polish Navy. As part of this contract, Kraken will deliver its KATFISH™ towed Synthetic Aperture Sonar, Tentacle® Winch and Autonomous Launch and Recovery System (ALARS) in the second half of 2021. Kraken’s equipment will be integrated onboard the Polish Navy’s new KORMORAN II Mine CounterMeasure (MCMV) vessels in Gdansk, Poland.
Kraken CEO Comments
Karl Kenny, Kraken President and CEO noted: “We are very pleased to sign this contract to supply our KATFISH™ and ALARS systems for the Polish Navy’s new minehunting vessels. Kraken is honoured to be working with such a strong NATO ally. Due to confidentiality reasons, Kraken cannot disclose specifics about the contract – other than to say that it is significant and that we expect it to be a strong enabler within other NATO nations. Should the Polish Navy be successful in exporting its new KORMORAN II MCMVs to other countries, we could see additional KATFISH™ and ALARS sales opportunities in these international markets.”Polish Navy Comments
Captain Piotr Sikora, Chief, Naval Warfare Systems Branch, Armament Division, Polish Navy Inspectorate noted: “The building of new capabilities and acquiring the most advanced equipment is necessary to counter the naval mine threat in the difficult Shallow Water and Very Shallow Water zones.  This was our goal during long and complex trials of our first ship, ORP KORMORAN. Kraken’s KATFISH™ has met all our requirements, as evidenced by our tests at sea. The unique capabilities of this system will provide us with much greater efficiency and will allow us to build strength for the 21st century. We are convinced that with such an advanced Synthetic Aperture Sonar onboard, our new MCM Vessels under the Polish and NATO flag will make a huge contribution to build both national and international security at sea as we face the naval mine challenges of the 21st century.”ABOUT KRAKEN ROBOTICS INC.
Kraken Robotics Inc. (TSX.V:PNG) (OTCQB: KRKNF) is a marine technology company dedicated to the production and sale of software-centric sensors, subsea batteries and thrusters and underwater robotic systems. The company is headquartered in St. John’s, Newfoundland with offices in Dartmouth, Nova Scotia; Toronto, Ontario; Bremen & Rostock, Germany; and Boston, Massachusetts. Kraken is ranked as a Top 100 marine technology company by Marine Technology Reporter. For more information, please visit www.krakenrobotics.com, www.krakenrobotik.de, www.krakenpower.de. Find us on social media on Twitter (@krakenrobotics), Facebook (@krakenroboticsinc) and LinkedIn.Certain information in this news release constitutes forward-looking statements. When used in this news release, the words “may”, “would”, “could”, “will”, “intend”, “plan”, “anticipate”, “believe”, “seek”, “propose”, “estimate”, “expect”, and similar expressions, as they relate to the Company, are intended to identify forward-looking statements. In particular, this news release contains forward-looking statements with respect to, among other things, business objectives, expected growth, results of operations, performance, business projects and opportunities and financial results. These statements involve known and unknown risks, uncertainties and other factors that may cause actual results or events to differ materially from those anticipated in such forward-looking statements. Such statements reflect the Company’s current views with respect to future events based on certain material factors and assumptions and are subject to certain risks and uncertainties, including without limitation, changes in market, competition, governmental or regulatory developments, general economic conditions and other factors set out in the Company’s public disclosure documents. Many factors could cause the Company’s actual results, performance or achievements to vary from those described in this news release, including without limitation those listed above. These factors should not be construed as exhaustive. Should one or more of these risks or uncertainties materialize, or should assumptions underlying forward-looking statements prove incorrect, actual results may vary materially from those described in this news release and such forward-looking statements included in, or incorporated by reference in this news release, should not be unduly relied upon. Such statements speak only as of the date of this news release. The Company does not intend, and does not assume any obligation, to update these forward-looking statements. The forward-looking statements contained in this news release are expressly qualified by this cautionary statement.Neither the TSX Venture Exchange Inc. nor its Regulation Services Provide (as that term is defined in the policies of the TSX Venture Exchange) accepts responsibility for the adequacy or accuracy of this release, and the OTCQB has neither approved nor disapproved the contents of this press release.For further information, please contact:Greg Reid, Chief Operating Officer
(416) 818-9822
greid@krakenrobotics.comSean Peasgood, Investor Relations
(647) 955-1274
sean@sophiccapital.comShauna Cotie, Marketing Manager
(709) 757-5757 x 241
scotie@krakenrobotics.comPhotos accompanying this announcement are available at
https://www.globenewswire.com/NewsRoom/AttachmentNg/8083b1ad-8348-4ef7-a556-4ec9fccee429https://www.globenewswire.com/NewsRoom/AttachmentNg/2a295d77-8653-4ae8-aa30-0c1e2016605bhttps://www.globenewswire.com/NewsRoom/AttachmentNg/0a9770fa-87c2-4c90-b8e2-4e0abe029c0b 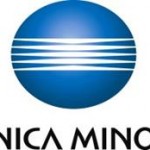 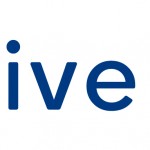