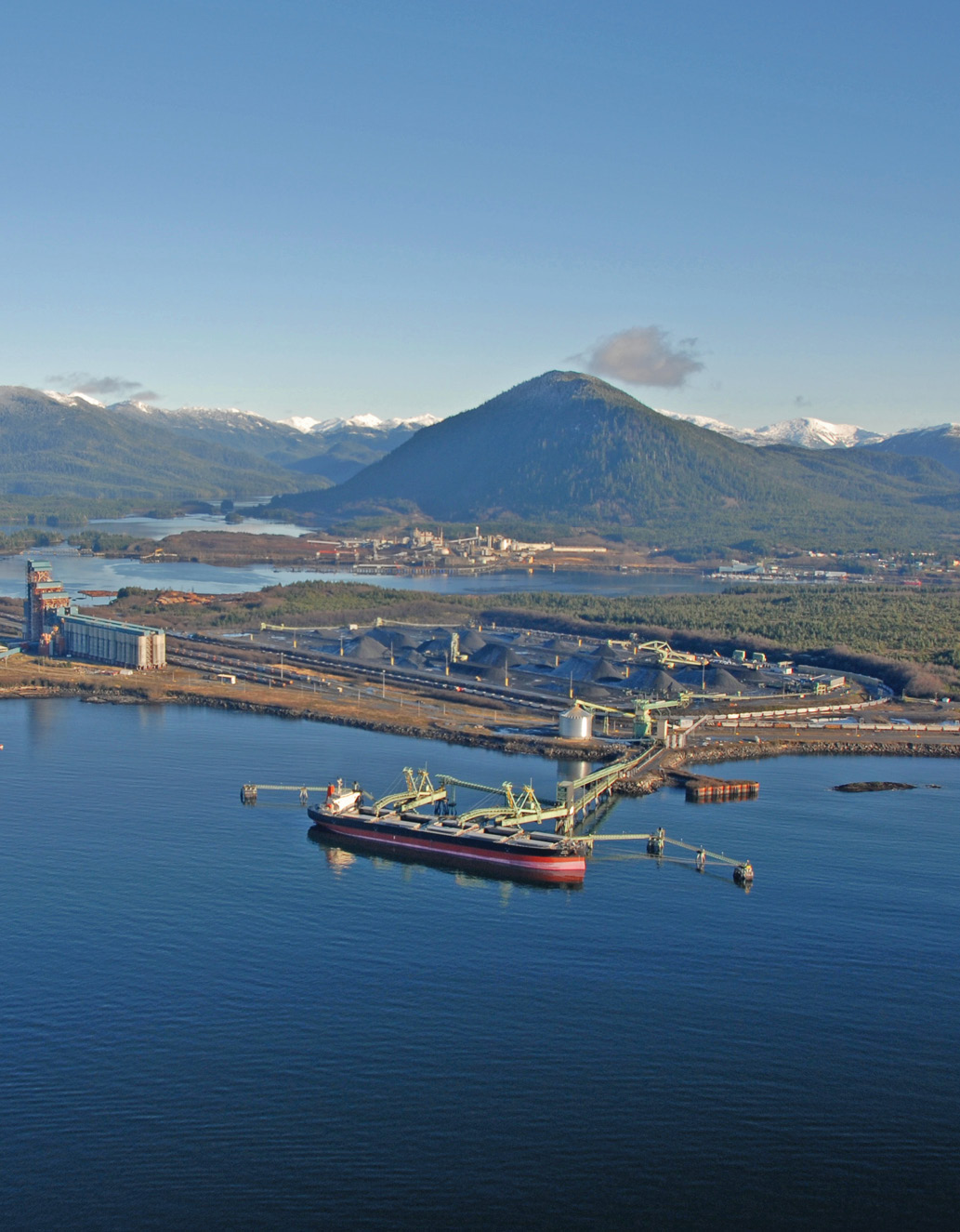 Building the Future Together

The KT Industrial Development Society (KTIDS) was formed in 2005 as a regional body that serves the Northwest British Columbia communities of Kitimat and Terrace, and everything in between. Just 50 kilometres separate the two cities, which also make up a triangle region with on-the-shoreline Prince Rupert.

From a regional perspective, Terrace is home to a large commercial sector, while Kitimat is best known for its industrial community, particularly in the wood, aluminium, and petrochemical methanol sectors. More recently, difficult economic times lead to mass job decline through the region, the spinoff then being a high number of housing vacancies, school closures, and an overall negative perception toward the region. As it happened, a group of local businesspeople joined forces to create KTIDS and bring together a positive outlook for the region.

As an independent, not-for-profit society, the mandate of the KTIDS board of directors is to collaborate with regional economic development officers to establish and promote the community through economic development opportunities and to attract long-term sustainability to the region. KTIDS promotes the regional capacity for new business and investment opportunities.

“We believed that the region needed to be more proactive,” Alexander Pietralla, Executive Director with KTIDS, told The Canadian Business Journal. “Eight years later, we have switched from putting a buzz on the region to becoming a well-known region where we are shifting our efforts into managing industrial development rather than promoting it.”

In December 2011, Rio Tinto, a major employer in the region, proposed a modernization to its Alcan plant that would restore economic confidence and bring long-term security to the region. Valued at more than $3 billion, the project will modernize Rio Tinto’s aluminum smelter, based in Kitimat. As a result of the modernization, smelter production levels will increase by nearly 50 per cent, measuring about 420,000 tonnes each year, which means increased construction activity, employment growth levels, and burgeoning economic opportunities within the region.

Ideally situated alongside an ocean port, the modernized aluminium smelter complex will be powered solely by hydroelectricity from the Kemano, B.C. generating station, a property of Rio Tinto. Effectively, overall emission levels will be reduced in half, making the Kitimat site one of the lowest cost smelters around the world. Its accessible port location also allows the complex to serve increasing demand in the value-added aluminum market for clients in the Pacific Rim, where the geography of the Kitimat-Terrace Valley and port location is well situated to serve industrial development.

“Northwest B.C. wasn’t really opened up until Alcan took on the challenge,” Pietralla stated. “The modernization project stimulated the economy and it has had the biggest impact in the region. Additionally, the Asian Pacific market is an emerging growth market and we are one of the closest jurisdictions to the Pacific Rim. British Columbia is the gateway to Asia and we need to ensure that we get our product to market.”

Given the history of the industrial sector within the region, its increasing diversity bodes well for long-term sustainability. From aluminium manufacturing, to mining, to liquefied natural gas, to clean energy technology, KTIDS and its regional communities continue to pursue and invest in industrial development opportunities, realizing these benefits from a regional approach. KTIDS has therefore rebranded into KTIDS Northwest in 2012 to reflect this increased regional approach.

“Given the way that the economy was hit so hard, we realized that what happens in one community affects those adjacent to it. As we learned from the modernization, it is a positive to reinvest,” Pietralla explained. “We are no longer dependant on the success of one industry, so we are in a much healthier position down the road to keep the community growing in a sustainable way. In recent years, we have changed our strategy to a more regional focus as we see large investments coming into this region, and that will have an enormous impact on our communities. There is a big change coming to the region.”

Historically, the economic focus of British Columbia has centred on Vancouver and the Lower Mainland, but with the growth of the various resource industries in the Pacific Northwest, where KTIDS has been a driving force in attracting development and regional growth, the region is prepared to maximize its future benefits in terms of liquefied natural gas, mining, and an array of other emerging opportunities. It continues to oversee the economic impacts and job creation this will bring to the region.

KTIDS has played a key role in diversifying the regional economy, and its regional expertise is such that it recognizes the strengths of its industrial economic base. As Pietralla concluded, “We have learned that the expertise we have before the boom is usually the expertise that sticks after the boom. Our vision is to try to anticipate what impact the industries will have on the region and how we can maximize the benefits of those impacts, not only through the peaks but also to sustain and retain the benefits and to support the industries that are here after.”