VANCOUVER, British Columbia, July 06, 2021 (GLOBE NEWSWIRE) — Kutcho Copper Corp. (TSXV: KC, OTCQX: KCCFF) (“Kutcho Copper” or the “Company”) is pleased to announce it has agreed to buy back the royalty held by Sumac Mines (now Sumitomo Metal Mining Canada) (the “Sumac Royalty”) and terminate Sumac’s Right of First Refusal to purchase concentrates (the “Sumac ROFR”) from the Kutcho copper-zinc project, both of which rights were granted under an Acquisition Agreement between Sumac Mines Ltd. and Western Keltic Mines Inc. dated August 29, 2003.

The total purchase price of the Sumac Royalty buyback and Sumac ROFR termination is USD $3.2 million to be paid as follows:

The Sumac Royalty encompasses most of the Main deposit and all of the Sumac deposit at Kutcho commencing three years after commercial production is declared, and comprises a 2% net smelter return (“NSR”) until the 6th anniversary of production after which the royalty would increase to a 3% NSR. The Sumac ROFR allows Sumitomo to take concentrates produced from the areas covered by the Sumac Royalty in kind.

Kutcho Copper President and CEO, Vince Sorace, commented: “We view the buyback as a highly accretive transaction to the Company which will provide an economic benefit to the Kutcho project that will be reflected in the upcoming feasibility study. In addition, termination of the Sumac ROFR gives the Company full flexibility to engage freely in strategic discussions with respect to offtake and offtake financing arrangements. This will provide a more competitive environment for concentrate offtake terms given that offtake for 100% of the concentrate is now available for negotiation.”

RCI Capital Group acted as financial adviser in connection with this transaction.

Kutcho Copper Corp. is a Canadian resource development company focused on expanding and developing the Kutcho high grade copper-zinc project in northern British Columbia. Committed to social responsibility and the highest environmental standards, the Company is progressing the Kutcho Project through feasibility and permitting with the objective of getting to a positive construction decision.

This news release contains certain statements that may be deemed “forward-looking statements” with respect to the Company within the meaning of applicable securities laws. Forward-looking statements are statements that are not historical facts and are generally, but not always, identified by the words “plans”, “believes”, “intends”, “estimates”, “potential”, and similar expressions, or that events or conditions “will”, “would”, “may”, “could” or “should” occur. Although Kutcho Copper believes the expectations expressed in such forward-looking statements are based on reasonable assumptions, such statements are not guarantees of future performance, are subject to risks and uncertainties, and actual results or realities may differ materially from those in the forward-looking statements. Such material risks and uncertainties include, but are not limited to, the Company’s ability to raise sufficient capital to fund its obligations under its property agreements including the payments for the Sumac Royalty buyback and termination of the Sumac ROFR going forward, to maintain its mineral tenures and concessions in good standing, to explore and develop the Kutcho project or its other projects, to repay its debt and for general working capital purposes; changes in economic conditions or financial markets; the inherent hazards associates with mineral exploration and mining operations, future prices of copper and other metals, changes in general economic conditions, accuracy of mineral resource and reserve estimates, the potential for new discoveries, the potential to convert inferred resources to indicated or measured resources, the potential to optimize the mine plan, the ability of the Company to obtain the necessary permits and consents required to explore, drill and develop the Kutcho project and if obtained, to obtain such permits and consents in a timely fashion relative to the Company’s plans and business objectives for the project; the general ability of the Company to monetize its mineral resources; and changes in environmental and other laws or regulations that could have an impact on the Company’s operations, compliance with environmental laws and regulations, aboriginal title claims and rights to consultation and accommodation, dependence on key management personnel and general competition in the mining industry. Forward-looking statements are based on the reasonable beliefs, estimates and opinions of the Company’s management on the date the statements are made. Except as required by law, the Company undertakes no obligation to update these forward-looking statements in the event that management’s beliefs, estimates or opinions, or other factors, should change. 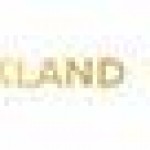 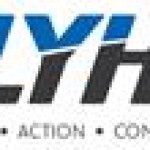