TORONTO, Jan. 31, 2019 (GLOBE NEWSWIRE) — The Ontario Federation of Labour demands that the Premier throw out the draft legislation leaked today and scrap all plans for the privatization of health care in Ontario. The leaked draft includes the government’s plan for creating a super-agency with extraordinary powers over the delivery of health care across Ontario.

The leaked draft legislation details the creation of a super-agency that would have the power to force the closure of any institution that provides health services, including hospitals, long-term care facilities, and community health centers.

“The labour movement is vehemently opposed to any plan to reduce, underfund or privatize public services, anywhere in Ontario,” said Buckley. “Ontarians certainly didn’t give Doug Ford a mandate to privatize our healthcare system, and we are going to fight like hell at every step, and across this province to make sure that he doesn’t.”

Ontario has the fewest hospital beds, the highest number of hospital readmissions and the lowest number of nursing hours per patient of any province in Canada.

“Forced mergers and closures are not what Ontario needs. What we need is a plan for better publicly funded health care,” said Buckley. “We need a health care system that provides for every person in this province, with sufficient infrastructure to support the number of beds that are actually needed to care for Ontarians when they are sick.”

Ontario Federation of Labour President Chris Buckley will be speaking at a press conference with the Ontario Health Coalition at 11:00 a.m. February 1, 2019:

To arrange interviews or for more information, please contact: 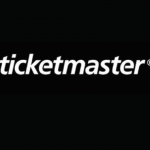