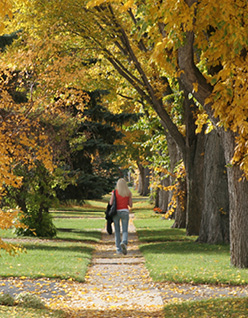 Lacombe is described as a new city with a small town, family-oriented feel.

In the heart of Alberta’s parkland area, the City of Lacombe offers a rich, natural environment of lakes and green spaces, as well as a variety of recreational amenities, including beautiful walking paths and scenery.

With a historic downtown that features Edwardian architecture, the City of Lacombe was honoured to be selected by Heritage Canada and Alberta Culture for the Alberta Main Street Program, as 35 buildings of historical significance were carefully refurbished and restored.

“We like to think of Lacombe being almost perfect in terms of that community that offers entrepreneurial spirit and steady growth, but also lot of beauty and that is really what people are looking for,” said Norma MacQuarrie, Chief Administrative Officer, City of Lacombe. “Most people have no idea of the quantity of water and lakes that exist in Lacombe. That’s a well-kept secret. It provides for very nice walking trails and scenic excursions available.

According to Steve Christie, Mayor, the City of Lacombe recognizes and appreciates the strong volunteerism and entrepreneurial spirit of its family-oriented community. “The people here in Lacombe set us apart with their willingness to help out each other.”

Industries in the community

The oil and gas sector is alive and well in Lacombe, with two large players involved in Lacombe County, with employees of these companies being residents of Lacombe and ultimately playing a role in the economic growth of the City.

According to the City’s website, “Lacombe offers a unique lifestyle conducive to all sectors of the population with its local college, federal and provincial research centres, its petro-chemical association and its strong ethnic, cultural and agricultural base.”

A rebranding project that puts a fresh stamp on the community, ‘Identify Lacombe’ is an initiative that is about identifying and building upon the Lacombe’s budding strengths.

The statement: “The future isn’t something we enter. The future is something we create.” is on the Identify Lacombe website, and reiterates the goals and objectives of this exciting initiative.

“This is about public consultation and allowing the people to determine what the future of Lacombe will become,” MacQuarrie said, while Christie feels that Identify Lacombe is about creating an urban niche, while simultaneously preserving the city’s historical importance.

MacQuarrie elaborated on what will be included in the new outlook for the city.

“People told us that they were very interested in a walkable, accessible community, so as we develop our transportation systems, that is something we will very much keep in mind,” MacQuarrie described. “Residents of Lacombe also cherish the historic downtown and would like us to look at things such as a mural walk.

Not only would that involve the creation of murals, but people would have the ability to sit down and view the murals.”

“We’ve received the message that people would like to see a very unique shopping experience within downtown Lacombe. It’s not about developing Lacombe as a centre that will compete against other centres, but rather, we will have our own unique experience as a unique shopping destination that you can’t find anywhere else.”

The initiative follows the September 2010 announcement of Lacombe officially being recognized as Alberta’s newest city. Today, it drives its growth strategy of a 30-year economic plan for the community.

“We feel we are a beautiful community. There is a real cohesion in Lacombe that brings people together with that community unity, so we certainly want to build on that and the quality of life aspect. We maintain a sense of community that hasn’t been lost, while at the same time, we’ve also been able to see growth and development,” MacQuarrie summarized. “These are the characteristics we really need to display to the world.” 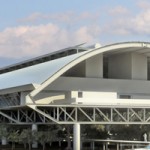 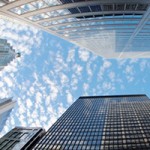