Home | Features | July 12 | Land of the Lost: What is to be done with Unclaimed Property?

Land of the Lost: What is to be done with Unclaimed Property? 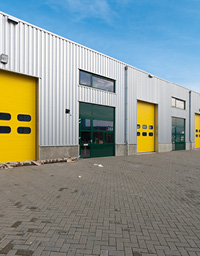 An organization’s processes dealing with lost or forgotten items are often less than developed. One is familiar with the derelict cardboard box labelled “Lost and Found” behind a business’ counter or a webpage link to a general email address which is rarely checked. This treatment of unclaimed property betrays an implicit resentment on the part of the holder as the latter has assumed an obligation that it did not agree to and does not know how to properly discharge.

Unclaimed property is often held as a courtesy, but courtesy has its limits, and the unclaimed property will eventually dealt with, whether by appropriation by the holder, donation to a third party or other means.

Although the fate of a forgotten pair of reading glasses might seem trivial, the contents of a “Lost and Found” box of unclaimed financial assets can represent millions of dollars in idle funds which, in the absence of a comprehensive administrative regime, will sit behind the counter gathering dust. An equitable regime for unclaimed property must balance the rights of the owners with those of the holders and, arguably, third parties who might benefit from the use of the unclaimed property. For owners of unclaimed assets, the ability to locate those assets could be of critical importance.

In Ontario, the regime for unclaimed property is unsettled. The Unclaimed Intangible Property Act, R.S.O. 1990, c. U.1 failed to be brought into force and was formally repealed on December 31, 2011. Under this act, “intangible property” means “a right of ownership over any personal property that is not a chattel or a mortgage” and includes, without limitation, money, a credit balance, a gift certificate, a share in business organization or an amount due under an insurance policy. The Unclaimed Intangible Property Act provided a system under which property would be deemed to be unclaimed based on prescribed criteria and ultimately remitted to the Public Trustee by the holder of the unclaimed property after a prescribed time period. The Public Trustee would then publish a notice annually in The Ontario Gazette, listing the names of, and other prescribed information relating to, the owners of unclaimed intangible property transferred to the Public Trustee in the previous year. Until the property was claimed, the act allowed for unclaimed intangible property to be used “for the benefit of the people of Ontario.” Given, however, that the Unclaimed Intangible Property Act has been repealed, unclaimed property in Ontario has an uncertain fate.

As much as one could argue that it behooves holders of unclaimed property to seek out owners, unclaimed property represents a potential windfall for those holders. On March 27, 2012, Ontario’s Minister of Finance Dwight Duncan presented a provincial budget proposing measures to increase revenues by $4.4 billion without tax increases.  One of the many measures was the establishment of an “Unclaimed Intangible Property Program”. This program would allow unclaimed money to be used to benefit all provincial residents. The relevant portion of the provincial budget entitled “Unclaimed Intangible Properties” reads as follows:

The government intends to move forward with the establishment of an Unclaimed Intangible Property Program to reunite owners with their unclaimed property and, until it is claimed, allow the money to be used for the benefit of Ontarians. Unclaimed intangible property generally includes but is not limited to insurance policies, returned stocks and bonds, bank deposits, unpaid wages, and pension benefits.

Whether this intention will manifest itself in the resurrection of the Unclaimed Intangible Property Act or the establishment of new legislation that transfers the benefit of unclaimed property to the province more immediately is a matter of conjecture.

A comprehensive administrative regime for the treatment of unclaimed assets can represent a substantial benefit to those with interests at stake. The interests of the owners are of paramount importance; specific effort should be taken by provincial and federal authorities to find owners and offer a searchable register of unclaimed property. Certainty in the treatment of unclaimed property will also give administrative bodies a prescribed timeline during which they must exercise their obligations in regards to the unclaimed property, after which they may dispose with the property in accordance with the relevant legislation and perhaps for the benefit of the public. Provincial governments should exercise caution in using unclaimed assets for public benefit as long as an owner’s rights remain in force, however, as no one wants to be caught wearing the glasses from the “Lost and Found” box.

*Samuel H. Carsley practices in the areas of corporate and securities law with McLean & Kerr LLP, a law firm based in Toronto.