VANCOUVER, British Columbia, July 12, 2021 (GLOBE NEWSWIRE) — Latin Metals Inc. (“Latin Metals” or the “Company”) – (TSXV: LMS) (OTCQB: LMSQF) announces the results of voting from its Annual General Meeting of shareholders (the “Meeting”) held on July 7, 2021. A total of 30,928,120 of the Company’s issued and outstanding common shares (“Common Shares“) were present or represented by proxy at the Meeting, representing 64.43% of the outstanding Common Shares.

All resolutions set out in the Company’s notice of meeting and information circular were passed by shareholders. Each of the five nominees – Davis Cass, Hendrik van Alphen, Keith Henderson, Robert Kopple and Ryan King proposed as Directors and listed in the Company’s Management Information Circular were elected as Directors by a 100% of the votes cast at the Meeting.

Subsequent to the annual general meeting, the board of directors appointed the following officers: Keith Henderson as President & Chief Executive Officer, and Dani Palahanova as Chief Financial Officer and Corporate Secretary.

Latin Metals has engaged Lycan Capital Corp. (the “Consultant”), to lead a new investor communications and outreach program. The Company has agreed to pay the Consultant $30,000 for an initial term of one year. The agreement terminates in March 2022 unless extended by the Company. To the Company’s knowledge, the Constant does not have any direct interest in the Company or its securities.

Latin Metals is a mineral exploration company acquiring a diversified portfolio of assets in South America. The Company operates with a Prospect Generator model focusing on the acquisition of prospective exploration properties at minimum cost, completing initial evaluation through cost-effective exploration to establish drill targets, and ultimately securing joint venture partners to fund drilling and advanced exploration. Shareholders gain exposure to the upside of a significant discovery without the dilution associated with funding the highest-risk drill-based exploration.

On Behalf of the Board of Directors of

For further details on the Company readers are referred to the Company’s web site (www.latin-metals.com) and its Canadian regulatory filings on SEDAR at www.sedar.com. 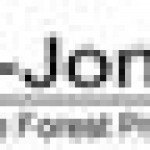 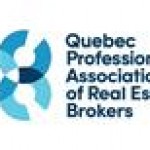