Having been in Executive leadership and sales management for many years, I was quite accustomed to someone higher up asking for more of something. Most of the time it was more revenues, but it could include more opportunities, more customer conversions, more wins, more …. It seems to be one of the traits of senior management to simply ask for more no matter what the circumstances might be. As a younger VP of Sales of course I would accept ‘the challenge’ and make best efforts. After years of doing this I began to wonder if the initial ‘more’ goals were actually realistic and achievable.

Many executives believe when setting goals, especially revenue, profit or growth-related goals that more is naturally better. Shoot for the moon, and you might just get there. However if a goal is set abnormally high and is not achieved, even although the team may have executed very well, it can become quite demotivating.

In fact I remember on one occasion the company’s quarterly revenues were really under pressure and we were forecasting to come in at 70% against the highly aggressive target. As a publicly traded company on the Canadian TSX, this was considered a disaster. It simply had to be fixed. That quarter my team and I did everything humanly possible and seemed to pull a rabbit out of the bag – we closed at 99% to target. For me it was the best example of coordinated sales teamwork I had ever seen, but one not-so-happy Board member commented to me when I was presenting the quarterly results, “Why are you so happy since you missed your number?” Even an amazing performance above and beyond the call of duty can sometimes be seen as lack of performance. Interesting.

My rationale at the time was that if the key decision makers in a company knew these time-constants well enough, then they could build them into the strategic planning process for the company, aligning everyone on the team to positively aggressive goals that would be ultimately achievable.  This of course sounds quite easy but in practice proved to be very challenging.

Consider if a company wants to increase its year two revenue forecast by 20%. Normally a top’s down approach is used to generate this ‘need’, and this need filters down to the rest of the organization who are then tasked with achieving it. Some initial due diligence should of course be done by the Executives responsible to deliver. If it looks like this goal cannot be hit, then it’s back to the drawing board to ‘tweak the assumptions’. This is normal practice in all companies I have worked for. If a design-in at a customer normally takes 12 months, then let’s shoot for nine months. If production ramp-up at a customer normally happens over two quarters, then let’s make it happen in one quarter. And so the assumptions are ‘updated’ to allow the target to be justified. It all makes sense when you are tweaking numbers alone on an Excel spreadsheet.

In fact it’s quite easy to do with a little practice.

But imagine if there was a better, more pragmatic way of doing this essential of planning exercises. Consider if the plan is ‘right-sized’ to begin with. This means that the organization (the executives who are responsible for delivering the key metrics in the plan), have to produce a planning document that covers the metrics in details, the various assumptions being applied and lastly (and the one that seems to be most often missed), the key time-constants used in the plan. It’s these time-constants that are the areas that must be truly understood to allow insight into what levers may exist to increase the metrics. Now imagine that with this great background knowledge a plan is created called the likely-case plan. It includes a clear noting of the time-constants used and their normal duration for completion. For example if customer production normally takes six months to start after sample delivery, then keep it at six months. Resist the urge to tweak the Excel spreadsheet to say three months instead (of course changing to three months will magically increase company revenues.

Now it’s time to create the best-case plan. This involves reviewing the assumptions to discover ones that can be tweaked, and of course reviewing in detail the time-constants, and which of these can be tweaked. Of course all or any of these can be tweaked, but the Executive leadership trick now is only tweak an assumption or time-constant if there is a corresponding and bought into plan from the team responsible for delivering it. This approach is both highly pragmatic and empowering since it flags to the organization the key assumptions and time-constants that will be flexed. It’s through this trusting approach that real performance gains are found, and allows the organization to operate in a positive, momentum-generating manner. The psychology behind staff feeling empowered and in-control, as opposed to under constant pressure due to targets that are too aggressive, are plain to see. Demotivated staff, key employee burnout, higher levels of sickness, and inevitable lack of engagement can all manifest when targets are set too high and don’t have a corresponding plan to achieve.

So, resist the urge to tweak Excel spreadsheets in isolation, and instead create both likely-case and best-case plans with significant team input.

Then drive to the best-case plans in all circumstances. Of course they will not always be achieved, but you might be surprised at how often they are, and how happy your staff will be when truly driving the business.

Joe Connelly is Founder & CEO of SalesLeadership.com, a worldwide Executive and Sales Coaching and Consulting company, with offices in Canada and Switzerland. Joe can be reached through the website at http://SalesLeadership.com/contact, by email at [email protected] or through LinkedIn http://ca.linkedin/com/in/joeconnelly 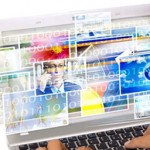 How to Create Content That Drives Traffic For Years 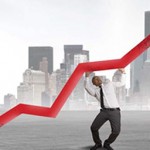 You Need a New Sales Strategy To Beat the Competition