Vancouver, May 5, 2021 – Leading Edge Materials Corp. (“Leading Edge Materials” or the “Company”) (TSXV: LEM) (Nasdaq First North: LEMSE) (OTCQB: LEMIF) announces that it has received confirmation from the Mining Inspectorate of Sweden (“Bergsstaten”) that it has decided against approving the current mining lease application (the “Decision”) for Norra Karr nr1 (the “Project”). The Company will now evaluate appropriate measures with its legal advisers, the most likely one being using its right to appeal the decision by Bergsstaten to the Government of Sweden.

The Company wishes to highlight the Decision is based on a 2013 design of the Project that is no longer relevant since the Company is in the final stages of completing a redesign of the project with a significant change in design and much reduced potential impact on any Natura 2000 areas. The updated technical study will form the basis for the application of a mining lease.

Bergsstaten motivates their decision that their opinion is that a Natura 2000 permit is required prior to Bergsstaten being able to evaluate the mining lease application. This opinion is debatable as recently demonstrated by Boliden appealing a similar decision by the Government of Sweden (the “Government”) to the Supreme Administrative Court of Sweden (the “SAC”) and more recently the Swedish Parliament having voted through a statement to the Government that a Natura 2000 permit should not be required at the stage of granting a mining lease.

Filip Kozlowski, CEO of Leading Edge Materials states “Acquiring a social license for the Norra Karr HREE project is a prioritized matter for Leading Edge Materials and something we have diligently been focused on since last year – taking into account feedback from Bergsstaten, the County Administrative Board and those local stakeholders opposing the project – when redesigning it. We will continue these efforts disregarding this recent procedural distraction since the Norra Karr project has never been more important at a time where we are entering a period of exponential demand growth for magnet rare earths for electric vehicles and wind turbines. Europe continues to be dependent on China to supply these critical raw materials and there is a desperate need for more sustainable and resilient alternatives to enable growth for European industrial value chains.“

The Company continues to hold secure tenure over the Norra Karr project through the exploration license Norra Karr nr1 which last year was granted an extension until August 2024, and subsequently granted an additional year of extension until August 2025 due to a law change mitigating the effects of Covid-19. The exploration license was later appealed and the appeals court of Luleå rejected the appeal earlier this year, upon which the case has been appealed to the next instance which is pending decision to grant leave of appeal. The extension of the exploration license remains in force until a final ruling in the case has been made, and remains in force until a final ruling has been made on the mining lease application.

The Company wishes to stress that the design of the Project currently being contemplated under the denied mining lease application goes back to before 2013. Based on above stated events, further consultation processes with Bergsstaten, the CAB and other stakeholders the Company has since initiated work to redesign the Project with a focus on maximizing resource efficiency and minimizing possible environmental impacts at the local site of the Project. This work is in its final stages and will lead to a revised design of the Project to be evaluated towards a mining lease and any other required permits.

On behalf of the Board of Directors,
Leading Edge Materials Corp.

Leading Edge Materials is a Canadian public company focused on developing a portfolio of critical raw material projects located in the European Union. Critical raw materials are determined as such by the European Union based on their economic importance and supply risk. They are directly linked to high growth technologies such as batteries for electromobility and energy storage and permanent magnets for electric motors and wind power that underpin the clean energy transition towards climate neutrality. The portfolio of projects includes the 100% owned Woxna Graphite mine (Sweden), Norra Kärr HREE project (Sweden) and the 51% owned Bihor Sud Nickel Cobalt exploration alliance (Romania).

This information is information that Leading Edge Materials Corp. (publ). is obliged to make public pursuant to the EU Market Abuse Regulation. The information was submitted for publication through the agency of the contact person set out above, on May 5, 2021 at 7:57 am Vancouver time.

This news release may contain statements which constitute “forward-looking information” under applicable Canadian securities laws, including statements regarding the potential success of an appeal against the decision of Bergsstaten against the mining lease application, the ability to redesign the Project in a manner that satisfies Bergsstaten, the CAB and other stakeholders, the outcome of the appeal process relating to the exploration license extension, as well as plans, intentions, beliefs and current expectations of the Company, its directors, or its officers with respect to the future business activities of the Company. The words “may”, “would”, “could”, “will”, “intend”, “plan”, “anticipate”, “believe”, “estimate”, “expect” and similar expressions, as they relate to the Company, or its management, are intended to identify such forward-looking information. Investors are cautioned that any such forward-looking information is not a guarantee of future business activities and involves risks and uncertainties, and that the Company’s future business activities may differ materially from those in the forward-looking information as a result of various factors, including, but not limited to, success of the appeals process, fluctuations in market prices, successes of the operations of the Company, continued availability of capital and financing and general economic, market or business conditions. There can be no assurances that such information will prove accurate and, therefore, readers are advised to rely on their own evaluation of such uncertainties. The Company does not assume any obligation to update any forward-looking information except as required under the applicable securities laws. 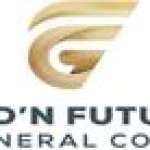 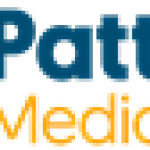