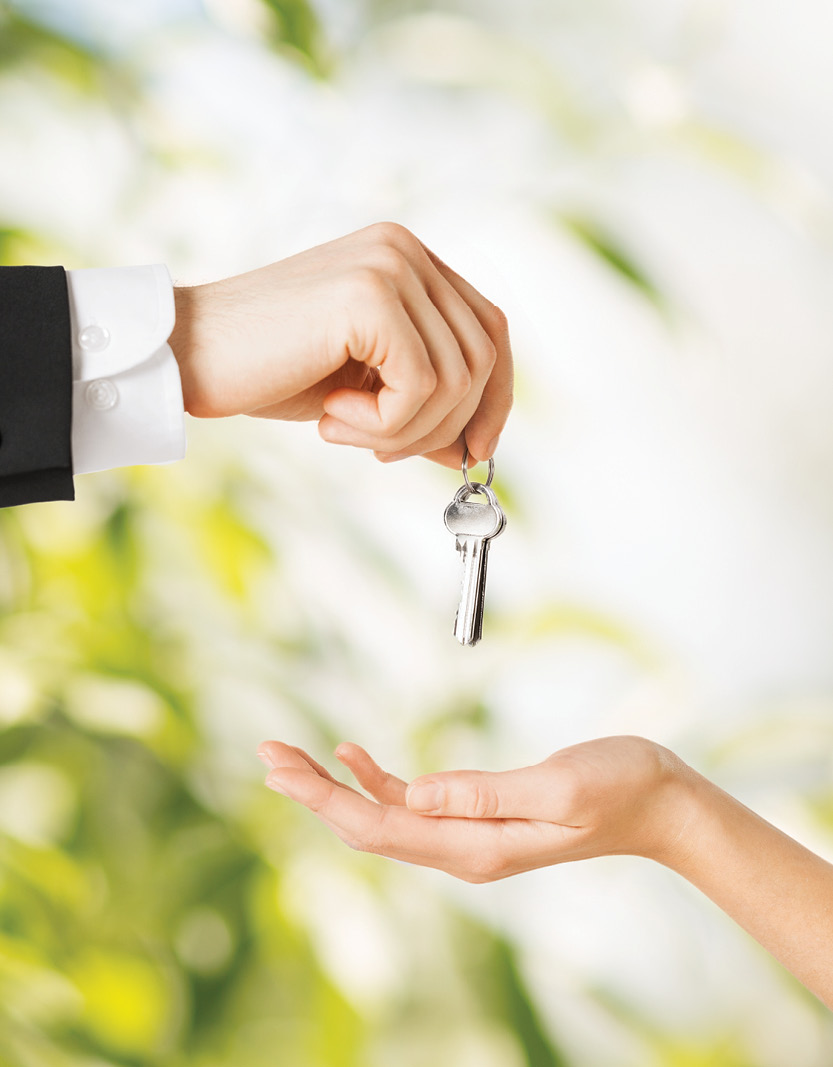 Things You Always Wanted to Know But Were “Afraid” to Ask

At the time of entering into a new lease, both landlords and tenants are often motivated, for their own reasons, to have a long term commitment in place. As such, it is not uncommon to have the lease terms of 10 years or more (sometimes with tenant’s further options to extend).  However, the business needs and realities often change with time and the tenant may wish to transfer its interest in the lease to a third party, either by an assignment or a sublease. In addition, a tenant may wish to transfer the lease to one of its affiliated entities or sell its business altogether by selling its shares or assets.  Tenants should be aware that such transfers are not “simple” or “routine” matters and if the tenant does not pay careful attention, then the transfer provisions set out in the lease may present a serious obstacle in tenant’s business plans or objectives.

Tenants with significant leverage and their own forms of lease are on occasion able to negotiate the transfer provisions without the landlord’s consent and few restrictions.  However, most tenants typically have to deal with the landlord’s form of the lease, which typically address the potential transfers in great detail.  A transfer is often defined in a very broad manner and will include any transaction which has the effect of changing the identity of the tenant or the person occupying the leased space.  As such, in addition to assignments of the lease or subleases of the portion of, or entire leased premises, certain other types of transactions are also captured within the definition of the transfer, including changes of control, amalgamation, receiverships or seizures by executions or other legal process.

More commonly, the standard is to provide that the landlord will not unreasonably withhold or delay its consent, so long as certain conditions are satisfied.  Such conditions vary on the type of the leased premises and the project, but will at the very least require the proposed transferee to sign a direct covenant in favour of the landlord, whereas the proposed transferee agrees to be bound by all of the terms and conditions of the lease.  Another common condition revolves around relinquishment of any special and personal rights given specifically to the tenant (for example, restrictive covenants, external signage rights, options to extend, rights of first refusal etc.). Certain lease forms go even further by providing that on transfer, the following conditions may also be imposed:

(i) increase of net rental rate to fair market; (ii) requirement on the transferee to sign the landlord’s new standard form of the lease; or (iii) deletion of any amendments previously specifically negotiated by the original tenant.  Finally, the lease forms will also typically provide that if such transfer is not completed within certain period of time, the landlord’s consent will be revoked.

Even where the transfer provisions in the lease do not appear to be overly restrictive at first glance, tenants should keep in mind that other lease provisions may contain practical restrictions to the transfer.  For example, the lease may provide that the tenant will only carry out its business under a specific trade name and only for a specific use.  Changing either the use or the trade name will likely require the landlord’s consent, which again at times may be arbitrarily withheld.   In addition, many of the specific rights given to the tenant, may be drafted in a way making them personal to the tenant.   For example, options to extend, terminate the lease early, right of first refusal, exclusivity clauses etc, may provide that such rights are applicable only so long as the tenant is itself physically occupying the premises and has not transferred its interest in the lease.  As such, the potential transferee will not obtain the same rights and privileges on transfer, which may be a significant issue if one of those rights was particularly attractive to the transferee in the first place.

The tenants should also keep in mind that the transfer and/or signage provisions of the lease will likely specifically prohibit any advertising of the premises to prospective transferees, without the landlord’s prior consent.  The tenants should also note that the lease will typically provide that the tenant will pay for all of the landlord’s internal and external costs in processing the tenant’s request for consent.   Tenant should attempt and negotiate a reasonable limitation to such amounts.

As illustrated above, the typical landlords’ forms of lease are often very restrictive from the tenant’s perspective and provide the landlord’s with tight controls with respect to the lease transfers.  As such, tenants must review these provisions and carefully consider their potential future business needs.  For example, if the tenant corporation is a part of certain corporate structure, it may wish to have a clause in the lease setting out that the landlord’s consent will be provided (or better yet from tenant’s perspective, not even required) in cases of transfers from the tenant corporation to an affiliate.  While most landlords will consider such requests, from the landlord’s perspective it is important to provide certain restrictions to such transfer rights. For example, the suggested conditions are that such right is personal to the tenant, that the lease was executed and that the tenant is not default.  It should also be conditional on the landlord receiving an executed copy of the transfer documentation confirming that all of the tenant’s obligations shall apply to the transferee. The transferee is also to execute a written covenant directly with the landlord agreeing to perform and observe all of the covenants of the original tenant under the lease.  Finally, the landlord should ensure that such clause also makes it clear that in the event that the transferee ceases to be related corporation, the consent will be deemed to be revoked, as the tenant should not be allowed to achieve indirectly what it cannot do directly.

From the tenant’s perspective, the landlord’s strict, general consent requirements should not be in the way of a corporate merger / amalgamation or a sale of majority of the shares or substantially all of the assets of the tenant’s business. If this is a potential issue, then the tenant should negotiate a specific clause permitting it to transfer the lease in such circumstances, without the landlord’s consent. Again, from the landlord’s perspective, such permitted transfers are typically granted so long as certain conditions are met, similar to those discussed above with respect to related corporations. In addition, the clause should provide that the transferee will continue the same or better business practice and style of operation of the tenant’s business and that the net worth of the proposed transferee is equal to or greater than the tenant’s net worth as at the commencement of the Lease.  The basic concept being that the landlord wants to ensure that it does not end up with a covenant that is in some way weaker than that provided by the original tenant. The clause should also clarify that the transferee shall carry on the same business as is permitted to be carried on by the original tenant pursuant to the lease.

If the tenant is a franchisor who intends to sublease the premises to the franchisee, the lease should reflect such intent in the initial negotiation.  The landlord would want to ensure that such clause contains similar conditions as the clause with respect to the transfers to the related corporations, including the requirement that such right is personal to the tenant, that there are no defaults, that the landlord is to receive a copy of the sublease to the franchisee and the franchisee’s covenant to be bound by all of the terms of the lease.  Similarly, the landlord’s consent is to be revoked if the subtenant ceases to be the tenant’s franchisee, again ensuring that the initial intent of the clause remains satisfied.

In certain circumstances, tenant corporations owned and operated as family businesses may also try and negotiate a clause, which provide that no landlord’s consent relating to change of control is required in cases of transfers of shares between family members so long as: (i) the same family maintains its proportionate share in the ownership of the tenant corporation as the case is on the commencement of the lease; and (ii) the day-to-day management of the business carried on in the premises is maintained by one or more members of such family, who shall have been actively involved in the day-to-day management of the business of the tenant for certain set period of time prior to the date of such transaction.  Finally, the individuals comprising such family should be specifically listed.

On occasion, individuals such as doctors, dentists, lawyers or members of certain other professions may try to negotiate a clause where the landlord will consent to the assignment of the lease in the event of death, retirement, withdrawal from the full time practice in the profession or the sale of the tenant’s entire professional practice.  While the landlords will often consider such provision as well, in addition to the restrictions discussed above, the clause should provide that the proposed transferee is a duly licensed and qualified member of the same profession and otherwise acceptable to the landlord and the same type of professional services are to continue to be provided from the premises.

Tenants often wrongly assume that upon completion of the transfer, they will be released from their obligations.  After all, in their mind, the sole purpose of transferring the lease to someone else was to “get off the hook” with respect to the lease obligations.  However, most landlords’ leases will make it very clear that the original tenant is not released from its obligations, irrespective of the transfer or the landlord’s consent.  Even the clauses providing for certain permitted transfers, as discussed above (including transfers to related entities, franchisees or sale of entire business) will typically provide that the original tenant is not released.  The rationale from the landlord’s perspective remains the same, which is that the tenant agreed to be bound during the term of the lease, and that should not change irrespective of the transfer.  Depending on the circumstances of the proposed transfer, tenants may try and negotiate however some sort of reasonable time-limit of such “no release” clause.

In summary, the tenants should carefully review the transfer provisions set out in the landlord’s form of the lease and consider their present and future business needs and plans.  While it is reasonable for the landlords to expect to have some control in this regard, any tenant’s specific needs should be addressed right at beginning of the negotiation, to avoid significant problems and frustrations later on.

Faruk Gafic practices in the areas of commercial real estate and leasing as well as corporate law with McLean & Kerr LLP, a law firm based in Toronto.