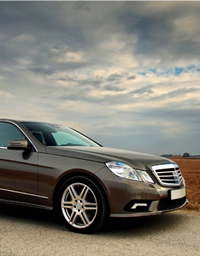 “In the beginning, we didn’t recognize the power of the LeaseBusters concept,” Jim Matthews, President of LeaseBusters, told the Canadian Business Journal.

Prior to LeaseBusters, there were two market segments for car buyers, and now there is a third mainstream acquisition choice, being a lease-take-over customer, creating a market of customers that are converted new car leasing customers plus a segment of the used car buying community.

In 1990, LeaseBusters started with 40 to 50 transactions a month, a figure that has since grown to more than 2,000 to 3,000 monthly deals. With the launch of LeaseBusters.com, its customer base began to gravitate toward both online shopping and online research, with these activities then becoming the norm. Today, LeaseBusters.com averages 250,000 visits a month from its customer base, and 90 per cent of those visitors are considered potential buyers or customers researching lease pricing.

“As we have become so synonymous with leasing, we are designated as a Canadian professional car leasing website,” Matthews said. “We are non-partisan that exposes thousands of vehicles for lease and, at the same, exposes market value.

The original plan was to have a LeaseBusters office in all the major cities in Canada, but when the Internet took off, that plan shifted. LeaseBusters.com was in front of everybody online, taking the company to the next level.

According to Matthews, the lease deficiency is the difference between the pay out of the lease vs. the wholesale value of the vehicle.

“What we recognized back then was that people needed to get out of their lease, and 95 per cent of them were buying another vehicle. Our job was to get them out of the vehicle, and customers would come back wanting help with a new car lease.”

This line of thinking is what led to the company’s initiation back in 1989. At that time, leasing was just beginning to grow in population, which at that time was representative of about 10 per cent of the car buying market. The objective is to find another suitable car buyer to take over an existing list, of which a captive customer wants to get out, and then leasing a new vehicle to that existing customer, while also gaining a customer in the one taking over the current lease.

The model was so successful that it eventually grew to include the general market place.

Growing its customer base

The success led to LeaseBusters becoming a dealer and, as Matthews put it, that success made the company services a little bittersweet to the new and used car dealership community. With that, the company would eventually come full circle and become a dealer advocate as well as a dealership marketing tool and organization.

“We built up such a strong following that we essentially pioneered the lease-take-over concept, where we gained such an audience of people coming to LeaseBusters.com. What the lease transfer impact has done is sped up the trade cycle, where customers are out of leases in 18 or 24 months, leasing a new car two years earlier than scheduled, while the original lease is still in play, supplying that original dealership with a new customers they would have never had if they didn’t have this lease-take-over capability.

“The impact is very significant for the whole automotive business, and the new car business, because most lease customers replaced their leased vehicle with another leased vehicles, so each transaction doubles the size of the portfolio,” Matthews elaborated.

The economic downturn, which particularly took a hit on the automotive sector, was both good and bad to LeaseBusters, providing a new set of customers to the company.

“Many of these big companies and big foreign companies stopped offering leases for a period of time and what that did was reduce the lease-take-over market.”

Accordingly, in 2007, 45 to 50 per cent of all new vehicle sales were leases. Two years later, that range dipped to 30 per cent. Thankfully, a rebound has since occurred, whereas today the demand for lease-take-overs far exceeds supply.

“We’re going out of our way to try to find more cars and more lease vehicles to post on our website in order to satisfy our customers. We’re profitable…we’re just not as profitable as we used to be. Now, everyone is back in the game, except Chrysler, but hopefully in a matter of time they’ll be offering leases.”

“The main reason why it is alive and well is because vehicle leasing allows users to pay for the usage of their car and allows them to lease a vehicle, or drive a new vehicle, at an affordable payment,” Matthews concluded. “You’re only paying for what you use. The recession has really opened the eyes of dealers, automakers and their finance companies in terms of what LeaseBusters can do for the lease transfer process.”