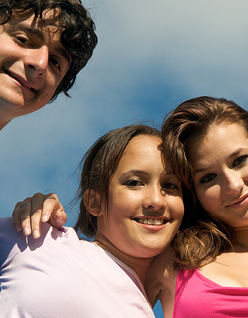 11 years ago, the United Jewish Appeal Federation (UJA Federation) began planning a venue with a goal to create Toronto’s most expansive Jewish community centre. UJA Federation celebrated the fact that its community was among the fastest growing Jewish communities worldwide, and therefore focused on long-term strategic planning, specifically the recent demographic boom in the area. However, not only was this community growing, it was also moving, trending more north of the city.

Ted Sokolsky, President of UJA Federation, spoke with The Canadian Business Journal about this strategic plan and its planned end result: the creation of the Lebovic Jewish Community Campus.

“In 2000, we projected that by 2010 one-third of the Jewish community would live north of Steeles Avenue,” Sokolsky detailed. “As part of our long-term infrastructure plan, a community facility in the York Region was necessary.”

From there, UJA Federation began putting pen to paper and detailing its plan for the facility to be known as the Lebovic Jewish Community Campus. But before anything was set in stone, or before a single dollar was raised, the first priority of UJA Federation was to find the site to build its new property. In the end, it managed to secure a block of land north of Bathurst Street, off of Rutherford Road.

“For us, it was really an appropriate location, as it was far enough north to serve the growing needs of the community,” Sokolsky commented. “We were then able to reach out to RBC who believed in us and helped us purchase the land.”

With its home site now secured, UJA Federation was then able to go forward with its bricks and mortar plans for the facility. As Sokolsky explained, the unique design of the Lebovic Jewish Community Campus has a layout similar to that of shopping mall, which typically feature anchor tenants. At the Lebovic Jewish Community Campus, these tenants will include the Jewish Community Centre, a conference centre, and a health-care clinic to be operated by Mount Sinai Hospital, in addition to the smaller, auxiliary services that will call the campus home.

“Everyone will share the buzz and hum, like a mall,” Sokolsky beamed. “There will also be a lot of what I call ‘street theatre’, meaning every internal facility was designed so that the public can watch, so when you’re in the centre gallery of the mall, you’re able to watch people swimming, or playing basketball, or watching people in an art studio.

“You get a feel of all the exciting things that are happening in the facility, just going up and down that centre street you can get a real taste of everything that is going on.”

The excitement surrounding the project is certainly evident, already with many pre-opening events, picnics, and open houses on the calendar. Local interest in the Lebovic Jewish Community Campus is huge, as illustrated by the many local businesses as well who were quick to secure their lease in the new centre. The Lebovic Jewish Community Campus will also include a daycare facility, not yet complete in its construction phase, but already at 60 per cent registered in terms of its childcare capacity.

The campus will not only benefit the local Jewish population, but the entire community as a whole, providing a variety of services, conference rooms, banquet halls, a dance studio, an art studio, sports leagues, a physical fitness centre, and shared space for many community organizations. Meanwhile, the next phase in the campus project is the addition of a performance centre, composed of one large theatre and up to three small theatres, as well as a Jewish high school, the Community Hebrew Academy, with enrollment for more than 1,000 students.

In terms of the project time, the initial phase includes the development of the land, and building of its central areas, including the high school. The estimated date for the project completion is fall 2012, less than one year away. In designing the facility, the goal was to achieve a modern, clean look, symbolized as “building for tomorrow.”

The architectural design of the Lebovic Jewish Community Campus offers open space, windows and light sources, and plenty of flexibility and multi-use areas.

“Flexibility and multi-purpose in every space possible was the guiding principle,” Sokolsky explained. “When you work in the community service area or community programming, trends change and needs change so we needed flexible space so that if a new program or a new service delivery of programs was necessary, we had the flexible design that we could easily convert space to deliver those new needs.”

Much of its design involves planning for the future, building an integrated community campus with new models to serve the community, as well as public-private partnerships.

“I think we have been very successful,” Sokolsky concluded. “This is a place where organizations, instead of building their own facilities in scattered portions, can all come under one roof and share in the costs, which was a constant theme in the design.”

Sokolsky’s description of the Lebovic Jewish Community Campus project as a success may in fact be an understatement.