Legion joins chorus of anger over conditions in long-term care

OTTAWA, May 29, 2020 (GLOBE NEWSWIRE) — The Royal Canadian Legion is demanding better and humane treatment for Veterans and Seniors in all long-term care centres in Canada. This comes after a damning report about conditions in some Ontario centres, as observed by the military’s Joint Task Force (central). The Legion sent a letter to Prime Minister Trudeau this week, asking for immediate action not just in Ontario but across the country.
“Many of our Veterans are in long-term care, and to know that some of them are being mistreated and ignored is shameful,” says Thomas D. Irvine, Dominion President. “The fact that our governments have known for a long time that some of our most vulnerable citizens are living in deplorable conditions during their final years of life, is disgraceful. We need a systemic overhaul – and now.”Previous governments have failed to address this ongoing issue adequately and Canada now finds itself in a deadly quagmire. It took a pandemic to truly expose this multi-faceted crisis. The Legion’s letter, which was copied to all provincial and territorial leaders, follows its strongly worded statement released in the wake of the military’s exposé:The Royal Canadian Legion vehemently condemns the life-endangering and unethical actions in long- term care facilities in Ontario as reported through military Joint Task Force (central) observations. These homes are failing our most vulnerable citizens. We demand that today’s acknowledgement by the Prime Minister and Premier of Ontario of this “disturbing” and “gut-wrenching” reality be followed by immediate actions to provide safe and humane care for our Veterans and Seniors – in Ontario and across the country. – The Royal Canadian Legion, May 26, 2020The Legion has long been asking for an improvement in access to long-term care beds for Veterans, and for better conditions in care centres. There has been limited success when it comes to provision of beds, and some care centres may be doing well, but the overall living conditions for Veterans and Seniors in Canada are woefully inadequate.Through the Legion’s Ontario Command, evidence and opinions have been shared for over 20 years – with Prime Ministers, Ministers of Health, Premiers, local leaders, local Health Units and others. Letters to government leaders were written and ignored. Stories about problems with feeding, health care, cleanliness, unchanged undergarments and more, were provided. Outside groups have shared similar stories, and bountiful research about how to improve conditions, exists.“We have been shouting from the rooftops for many years,” says Dave Gordon, Chair, Veterans Services and Seniors Committee at Ontario Command. “In most cases if not all, many staff members at long-term care facilities are underpaid for the work they do.”In an effort to help, the Legion’s Ontario Command itself has made millions of dollars in financial donations to Ontario long-term care homes over many years. Other Legion Commands and Branches have made contributions in many parts of the country as well.“The time to act and end this intolerable situation, is now,” says Irvine. “After what they have done to help build the foundation of the society we enjoy, our Veterans and our Seniors deserve much better in their later years.”The Legion thanks Canadians for their support of our Veterans and their families, and our communities during this challenging time!Those who might wish to join our nation-wide group of generous volunteers can become a member of the Legion and help support our efforts. Even if you cannot volunteer, your membership helps us help those in need. Join online at Legion.ca/join-us. We look forward to welcoming you!About The Royal Canadian Legion
Founded in 1925, the Legion is Canada’s largest Veteran support and community service organization. We are a non-profit organization with a national reach across Canada as well as branches in the U.S., Europe and Mexico. With close to 260,000 members, many of whom volunteer an extraordinary amount of time to their branches, our strength is in our numbers.Public Relations / Media Inquiries: 613-591-3335 ext. 241 or PublicRelations@Legion.ca
Legion.ca
Facebook.com/CanadianLegion
Twitter.com/RoyalCdnLegion
Instagram.com/royalcanadianlegion
youtube.com/user/RCLDominionCommand
linkedin.com/company/royalcanadianlegion 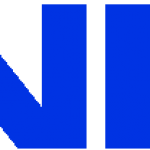