Pandemic restrictions result in unprecedented request
OTTAWA, Nov. 09, 2020 (GLOBE NEWSWIRE) — With Remembrance Day fast approaching, The Royal Canadian Legion is reminding Canadians that the best way to pay tribute to our fallen this year, is at home. For the first time ever, people are asked not to attend ceremonies in person.With Canada’s major broadcasters planning to air their familiar Remembrance Day coverage, would-be spectators can pay their respects from home. The Legion will also broadcast the ceremony via Facebook Live.“It is disappointing to discourage people from attending ceremonies this year,” says Danny Martin, Ceremony Director. “However, beyond watching national and local broadcasts, thankfulness is also reflected by wearing a Poppy, a profound gesture. And wherever they may be, Canadians can take two minutes of silence at 11 am on the 11th.”The pandemic and restrictions related to gatherings, has meant the planning of significantly smaller ceremonies across the country, or their outright cancellation. Other gatherings are being replaced with virtual ceremonies in some communities.Among special highlights at this year’s national ceremony will be the presence of the 2020 National Silver Cross Mother Mrs. Deborah Sullivan from New Brunswick. She will lay a wreath on behalf of all mothers and families who have lost children in the line of service, and in remembrance of her son, Lieutenant Navy Christopher Edward Saunders who died in 2004. Vintage aircraft will conclude the ceremony, marking the 75th anniversary of the end of the Second World War.Traditionally, upwards of 35,000 people attend the National Remembrance Day Ceremony, organized by The Royal Canadian Legion at Ottawa’s National War Memorial.About The Royal Canadian LegionFounded in 1925, the Legion is Canada’s largest Veteran support and community service organization. We are a non-profit organization with a national reach across Canada as well as branches in the U.S., Europe and Mexico. With close to 260,000 members, many of whom volunteer an extraordinary amount of time to their branches, our strength is in our numbers.Public Relations / Media Inquiries: PublicRelations@Legion.ca; 343-540-7604
Legion.ca
Facebook.com/CanadianLegion
Twitter.com/RoyalCdnLegion
Instagram.com/RoyalCanadianLegion
YouTube.com/user/RCLDominionCommandA photo accompanying this announcement is available at https://www.globenewswire.com/NewsRoom/AttachmentNg/adefa9f9-639e-4b1c-b733-fd9a0dfd9007 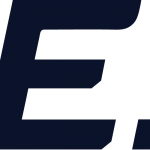 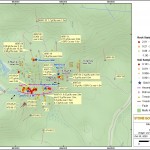