Toronto, June 22, 2021 (GLOBE NEWSWIRE) — Diabetes Canada is thrilled to see the passage into law of Bill C-237, an act to establish a national framework for diabetes in Canada pass within Parliament today that will improve prevention, management and research into diabetes. Over the past several years, Diabetes Canada and MP Sonia Sidhu, Brampton South in Ontario, partnered together to advocate and urge governments to commit to supporting a nation-wide diabetes strategy for Canada, known as Diabetes 360°.

Diabetes Canada developed Diabetes 360° in collaboration with more than 100 groups and individuals from across Canada and is an evidence-informed plan to tackle diabetes in Canada.

The passing of Bill C-237 comes at a pivotal time in diabetes history as 2021 marks the 100th anniversary of the discovery of insulin. Insulin revolutionized the management of diabetes and saved millions of lives around the world. Yet a century later, more Canadians have the disease than ever before, and we can’t wait another 100 years to end diabetes.

The World Health Organization recommends every country implement a national diabetes strategy-and since 2013, Canada has been without one despite having one of the highest rates of diabetes prevalence amongst the world’s most developed nations. The passage of Bill C237, along with the 2021 Budget Commitment to a National Framework on Diabetes, could prevent millions of cases of diabetes and hundreds of thousands of hospitalizations for diabetes-related complications in the next ten years.

Diabetes Canada expresses sincere gratitude to the government, all parliamentarians, and to all those who were involved in the national movement to help end diabetes by advocating for a national diabetes framework for Canada. Diabetes Canada looks forward to the opportunity to work alongside the governments to help facilitate its implementation and this important step forward in the path towards a world free from the effects of diabetes.

Laura Syron, President and CEO, Diabetes Canada
“Canada gave the world the gift of insulin 100 years ago and it’s time for Canada to once again lead the way in the fight against diabetes in its own nation. The passage of Bill C-237 is a testament to how Canada is addressing the urgency of diabetes. It highlights the national importance of the disease, its prevalence and life-threatening complications, and the financial burden on the millions of people living with diabetes as well as on federal and provincial governments.”

Kim Hanson, Executive Director of Federal Affairs, Diabetes Canada
“We applaud Parliament’s bold step forward in the passing of Bill C-237 and setting Canada up for a healthier tomorrow. We are confident an inclusive, holistic and equitable approach to addressing diabetes will ensure a better future for the nearly 11.5 million Canadians across the country who are living with diabetes or prediabetes. What a great way to celebrate the 100th anniversary of the discovery of insulin.”

MP Sonia Sidhu, Brampton South, Ontario
“A national framework for diabetes in Canada will provide guidelines for treatment, research,  education, data collection, and best practices on diabetes that are essential to make strides in curbing this disease,” says MP Sonia Sidhu, Brampton South, Ontario. “Diabetes costs the healthcare system billions of dollars to treat and the passing of Bill C-237 will reduce these costs and the undue pressure on the healthcare system, Canadians living with diabetes, and their families.”

Dr. Harpreet Bajaj, Endocrinologist and Director of Late-Phase Research, LMC Healthcare, Canada
“With the passage of Bill C-237, Canada—where insulin was discovered 100 years ago—will once again be ready to lead with diabetes related innovations globally and start tackling this growing epidemic comprehensively. This comprehensive framework will improve access and remove barriers for the underprivileged sections of our society, which are disproportionately burdened with this condition personally, socially and financially. Long term, this Canadian milestone will engender important innovations for diabetes prevention and management, so that people living with or affected by this disease can look forward to more fulfilling and healthy lives.”

Ryan Hooey, diabetes advocate and person living with type 1 diabetes, Ontario
“This is a very exciting and life changing time for those living diabetes in Canada. With the quickly changing technology and different treatments it is important these are made accessible and affordable to all Canadians despite where they are located. This could give Canadians coast-to-coast the ability to manage their diabetes successfully and give them a chance to live a better life. This is long overdue and only the beginning to such great things for Canadian Health Care.”

About Diabetes 360°
Diabetes Canada, in coordination with more than 100 groups and individuals from across Canada, developed an innovative and evidence-informed plan to tackle diabetes in Canada—Diabetes 360°. This framework developed was created by and for the diabetes community. With this framework: 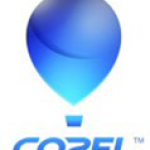