Lessons from Fort McMurray: FIRST ONSITE reflects on the five-year anniversary of wildfires

MISSISSAUGA, Ontario, April 26, 2021 (GLOBE NEWSWIRE) — Five years ago, Fort McMurray, Alberta was hit by devastating wildfires. FIRST ONSITE Property Restoration, a company that mobilized up to 1,500 personnel to support first responders, citizens and businesses, looks back at the role of restoration during the catastrophic event. The company has also released a survey of Canadian businesses revealing how prepared they are for disasters, and what Canadian companies would do to support their workers and families during a large loss catastrophic event.

Looking back
On May 1, 2016 a wildfire sparked in a forest in the outskirts of Fort McMurray, Alberta. Bone-dry forests acted as kindling for this wildfire to spiral out of control. Within hours, the fire edged closer to residential and commercial Fort McMurray, and by May 3, it had engulfed approximately 2,400 homes in the area and approximately 590,000 hectares of land. The Fort McMurray wildfires resulted in the largest mass evacuation in Alberta’s history, and launched one of Canada’s most exhaustive coordinated first response efforts.

“For many in the region, life still hasn’t gotten back to normal,” said Jim Mandeville, Senior Project Manager – Large Loss North America at First Onsite, who was on the ground in Fort McMurray providing restoration efforts. “Just last year the Fort Mac community was hit by the worst flood in decades, during a pandemic, which led to mandatory evacuations and military assistance.”

Supporting First Responders
As the fire raged, First Onsite teams were on the ground to respond to and restore the community in crisis. First Onsite crews were faced with creating safe conditions for the first responders to effectively fight the fires. On behalf of the Alberta Emergency Management Agency, the company made air quality an essential priority, using hundreds of HEPA air filtration devices to restore air quality in critical personnel hubs, including first responder accommodations, operations centres and offices.

During the early weeks of the wildfire, a coordinated team of local and national personnel on the frontlines of the wildfire sourced materials and equipment from areas as far away as Mississauga, Ontario.

U.S. sister company, Interstate Restoration supported with project managers and administrative support personnel as well as two trailers of equipment. This event set the framework for how the two companies, which this year officially unified under the First Onsite name with several North American companies, would work together, across borders, to respond to large scale events.

Restoring critical infrastructure
First Onsite staged hundreds of personnel in Edmonton for timely, large-scale mobilization. Team members were tasked with restoring critical infrastructure and services, including banks, gas stations, lodging and grocery stores in time for residential re-entry. The company’s teams also restored day cares, multi-family residential units and telecommunications facilities. The goal was getting essential services up and running and getting the local population back to life and work as quickly as possible.

Reflecting on the restoration process and what was done right in restoring Fort McMurray, there have been many lessons learned. The important use of technology was a key difference between the Fort McMurray wildfire and past wildfires. Advancements such as e-permits, aerial imaging and GIS integration played an important role. Communication was also key: the real-time exchange of information between restoration teams, government and residents was a game changer throughout the entire process. Alberta Emergency Management Agency developed a multi-platform communications strategy to keep the public safe and in-the-know both during and after the wildfires.

How prepared are businesses: survey results

First Onsite conducted the Business Preparedness Survey this spring, during a period of lockdowns amid the pandemic. The survey asked if businesses have been interrupted by disasters over the past five years and the impact of the Fort McMurray wildfires was apparent.

The survey also asked, “if a disaster were to hit your community, how would your business support its workers?”

From a national perspective, more than half of businesses (55%) would connect employees with outside help/support such as mental health, community or government resources.

The way forward: build for the environment:

“As we continue to build and expand cities, we need to consider how to make them resilient to their different environments,” said Mandeville, “The wildfire in Fort Mac provides an opportunity to reshape our thinking about how communities are planned and constructed to provide a safer, more sustainable environment for residents and businesses.”

Considering the size of this catastrophe, Alberta had the benefit of learning from previous experience about the process of getting businesses back up and running, such as with the 2011 Slave Lake wildfires. Fort McMurray itself provides lessons and a path forward for communities that are confronted with disasters.

The impact of the Fort McMurray fire on the community, businesses and residents heightened the awareness of the damage large scale natural disasters can cause and the importance of preparedness, employee support and business continuity.

“As we reflect on the restoration process in Fort McMurray, success was the result of a national effort, with people coming in from across the country to make the clean-up happen quickly,” said Mandeville. “As the adage goes, it takes a village.”

From March 12 to March 14, 2021, an online survey was conducted among a representative sample of 509 Canadian businesses who are members of the Angus Reid Forum. For comparison purposes only, the sample plan would carry a margin of error of +/- 4.4%, 19 times out of 20 (a 95% confidence interval).

First Onsite Property Restoration is one of the largest independent North American disaster restoration services providers, providing emergency preparedness, remediation, restoration, and reconstruction services across Canada, the U.S. and Puerto Rico. First Onsite offers more than 2,200 employees, 80-plus branches and a combined 70-plus years of industry-leading experience and expertise with a commitment to customer service. First Onsite proudly serves the commercial, municipal, industrial and residential sectors. The company is a wholly-owned subsidiary of FirstService Corporation. 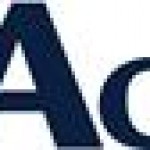