Levon Resources Ltd. is a gold and precious metals exploration company, exploring the Cordero bulk tonnage silver, gold, zinc and lead project in Mexico, near Hidalgo Del Parral, Chihuahua. The company also holds interests in several other mineral properties including the Congress Property and Wayside and BRX Claims in British Columbia as well as other holdings in the United States.

The primary focus of Levon is the exploration of its 100% ownership stake in the Cordero Project, a 370-square-kilometre property that is one of Mexico’s premier porphyry targets for silver, gold, zinc and lead.

Ron Tremblay is the President and CEO at Levon Resources and brings more than 30 years’ experience in finance and management. Since taking over from the previous owner nearly a decade ago, Tremblay has raised more than $90 million and has successfully advanced the Cordero project to its current world-class status. In 2015, he brought diversification to the company through an arrangement with a biotech company while maintaining Levon’s 100% ownership of the Cordero project and laying the groundwork for the project’s next round of exploration and development.

Tremblay took control of Levon Resources when the previous owner decided to retire. The company had the Bralorne property in British Columbia as part of its portfolio, which has a resource of about 250,000 ounces of gold but Tremblay has always been more interested in focusing on the Cordero project in Mexico, which he had learned about from a friend in the industry. It would seem the previous ownership group did not realize the bulk tonnage potential of the Mexican property.

The Canadian Business Journal recently spoke with Tremblay from his home in Los Cabos, Mexico.

“One of the things we recognized fairly quickly about Cordero was that the metal does come right to the surface so from a mining standpoint it’s a perfect situation because we’re looking at a an open-pit scenario that is about 3km long by about 2.5km wide and we’ve drilled it to more than 1km in depth,” begins Tremblay.

The expectation is that Cordero will be a massive billion-plus ton project that will probably be mining for half a century once it goes into full production.

“We’re not miners. We’re exploration guys, so our area of expertise is in finding the deposits and drilling it out and proving the quality and putting the economics together and then passing it on to an entity that is more adept at operating a major mine than we are. That’s not something we want to do,” he says.

The senior management team at Levon is made up of an assortment of geologists, miners and financiers, some of whom come from large corporations such as Placer Dome, Barrick Gold and Noranda. Collectively, the executives have more than 150 years of experience in the industry with particular knowledge of operating in Mexico.

“We’ve got an excellent lean, mean team here. Everyone knows their stuff. We don’t believe in having a bunch of high-priced people around for no reason,” states Tremblay.

The fundamental goal for the Levon team is finding the mineral deposit, outlining it and from there passing it on to a major corporation that can forge ahead with production for years to come. In fact, a number of majors were very interested in the project about four years ago, but the timing just wasn’t right.

“Unfortunately we didn’t have a central claim – the Aida claim, a 16-hectare claim which turned out to be right smack dab in the middle of the project,” explains Tremblay.

Without that all-important Aida claim it meant Levon was only able to mine about 30% of the resource. When the precious metals market spiralled downward Levon didn’t want to be spending more money because there would not have been maximum value for the resources being spent. It was determined that the most important thing the company could do was to acquire that missing claim. That, however, was made exceedingly difficult in having to deal with a couple of Mexican families who were feuding amongst themselves. Eventually a deal was reached after very difficult negotiations to purchase the claim for $2 million with no residuals.

“That was a key turning point for us on the project. Prior to that we couldn’t access all the ore because of the fact we didn’t have that central claim, which limited us to about 30% access. With that claim in hand not only did we add 20% to the resource but we also added the 70% that we couldn’t access previously. For $2 million we added billions of dollars in value to the company,” notes Tremblay.

The Cordero Project contains a large scale silver, gold, zinc, and lead, polymetallic porphyry resource and the company’s latest drilling of almost 6,000 metres was in-fill drilling to fill in spots that hadn’t been drilled before, which would improve the grade, improve the stripping ratio for mining and expectedly improve the economics.

“The engineers tell us that the drilling was better with an improved grade compared with other areas. It also added more gold because we had found a gold zone there. Previously we had about 1.4 million ounces of gold; I don’t know yet what we’ll have now. Hopefully we’ll get some more numbers soon,” says Tremblay.

The price of lead and zinc has moved up, which has served to aid Levon’s overall portfolio, but as Tremblay notes silver remains the major driver of the company. Currently, silver is trading in the $17 per ounce range, but many industry experts believe it will start to make an ascent in the near future, with some speculating that $25 per ounce is quite possible.

Levon also has other areas to explore including a gold zone in the northern part of the property and another area in the south where it’s believed there is quite likely an additional deposit.

“There is so much upside. It’s not anywhere near being drilled out. There is plenty more. I think we’ve done 235 holes to date. I think we’re about to turn a corner now. There just seems to be more of a vibe like there was last year at PDAC,” says Tremblay.

The location of the Cordero project is also in an excellent geographic jurisdiction, just 10km off a major highway and a large urban city – Hidalgo Del Parral – about 35km away and with a population of about 110,000. There is mining right in the city and so there is a wealth of labour and knowledgeable mining people to select from.

“There are many good, hardworking people here and they are very honest. It’s been a pleasure working here,” says Tremblay.

Levon Resources has about $10 million in securities and is not in a position that it needs to go out to the market and raise capital. With a burn rate of about $1.5 million per year – more than half of which is maintaining the property – it means the company will be in a position of strength to carry on for several years. However, if the right opportunity was to come along and the share price was to elevate, Tremblay would consider putting more money into the till. The property is a large contiguous district play, and will be extremely attractive to a major mining company.

“Through drilling we’ve identified a potential copper porphyry deposit in the northeastern part of the property. In the southwestern portion we think we have a larger, higher grade zinc deposit and there’s more gold around in a couple of different areas. There is a lot more exploration to be done there,” continues Tremblay.

The expectation is that once silver hits $25 per ounce there will then be a considerable number of interested companies that will come around to kick the tires, and one will quite likely make a purchase offer, expand the program and then take the project into production. That may take another two years yet, but Tremblay says having that patience will inevitably pay off in the end.

Levon Resources is debt-free and well-funded for future exploration and so it is full-steam ahead as far as Tremblay is concerned. The next couple of years have the potential to be incredibly exciting and productive.

“Everyone tells us that the grade when you mine it will be better than the grade that we’re reporting. They are confident from what they see – and we’re talking about optimism from major mining companies. I expect we will be handing it off sometime in the next year or two. That’s when the shareholders will get a big win,” says Tremblay. “From my perspective, I would like to stay involved by having a share position in a company that takes it over. I’m happy to do a deal with the right company that we would do a share exchange. You can cash out but I think it’s probably better to do a deal with the right company and continue to reap the rewards moving forward.” 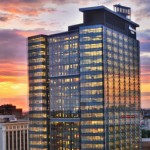