CBJ — Jeff Weiner is stepping down as CEO of LinkedIn to take the position as executive chairman.

Ryan Roslansky, who is currently a SVP will assume the CEO’s chair on June 1.

LinkedIn is a social network for business professionals and job seekers, as opposed to virtually all other social media platforms, which tend to put personal accounts before professional.

The basic version of LinkedIn is free but charges a monthly for users to be able to access additional features in what is called LinkedIn Premium. It’s estimated the site has nearly 700 million account members worldwide. It had just over 30 million when Weiner joined the company in 2008.

LinkedIn was purchased by Microsoft four years ago for $26 billion in 2016.

Roslansky has been at LinkedIn for more than a decade. He will report to Microsoft CEO Satya Nadella and will be part of Microsoft’s senior leadership team. 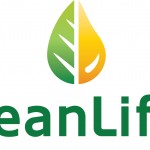