Local Athletes, Celebrities and Community Champions Step Up to be Everyday All-Stars for Kids

CALGARY, Alberta, July 28, 2020 (GLOBE NEWSWIRE) — Big Brothers Big Sisters of Calgary and Area (BBBS) announced today its official All-Stars For Kids line-up for the organization’s fifth annual fundraising and awareness campaign. The campaign, which runs from August until September 10, boasts an impressive roster of supporters that includes notable Canadian sports stars and Olympic athletes, local celebrities, valuable community partners, social and media influencers, and everyday champions.The All-Stars For Kids campaign raises vital funds needed to create and empower life-changing one-to-one mentoring relationships for children and youth facing adversity. Among this year’s returning campaign supporters are Cheryl Bernard, Olympic medal curler and CEO of Canada’s Sports Hall of Fame; Bo Levi Mitchell, Calgary Stampeders Quarterback; Jasmine Mian, Canadian Olympic women’s wrestling champion; and, John Morris, Olympic gold medal curler. Some new faces to the roster include Corey Mace, Calgary Stampeders Defensive Line Coach; Maeghen Cotterill, 11-time world kickboxing champion; and Jayson Krause, national bobsleigh champion. These individuals and many others from the full All-Star Roster will help raise awareness and dollars throughout the campaign.“Every child deserves someone who will encourage their hopes and dreams, stand by them through challenging times, and help them break down barriers so they can realize their potential,” said Cheryl Bernard, All-Star Champion. “I joined the All-Stars For Kids campaign because I believe when we encourage young people to live up to their potential, it shines bright everywhere.”Donations made to BBBS during the All-Stars For Kids campaign are being matched by generous long-time supporters Gary Nissen, Qualico, and PBA Group of Companies. In addition, many local businesses and organizations, including Highlander Wine & Spirits, Wild Tea Kombucha, Banded Peak Brewing, Paul’s Pizza Airdrie, Follow Your Chakra, and Calgary Corporate Challenge, are making an impact by hosting their own special fundraising initiatives, giving the public another way to support and take part in the campaign.“Having seen the tremendous success of All-Stars For Kids in the past, I am excited to launch this year’s campaign in hopes of exceeding last year’s goal with the support of our incredible All-Stars, matching donors, and community partners,” said BBBS President and CEO Gurpreet Lail. “It is through fundraising and awareness campaigns like this that we are able to continue our valuable work in the community, ensuring every child has an opportunity to realize their full potential.”This year the All-Stars For Kids campaign is hoping to raise over $300,000 in support of BBBS, which supports local children and youth who are dealing with significant challenges, such as grief and loss, mental health issues, family violence, addiction, and poverty. These critical relationships allow children and youth to strengthen their social emotional learning and executive functioning skills, developing them into resilient young people who are able to overcome life’s adversities and achieve more.BBBS is inviting the public to support #AllStarsForKids by donating, participating in community events, and sharing their own mentoring stories on social media. For more information, visit allstarsforkids.ca.For more information, and to schedule an interview:
Leanna Kruk, Brookline Public Relations
T 403.390.2170
E lkruk@brooklinepr.comBig Brothers Big Sisters of Calgary and Area (BBBS) empowers mentoring relationships for children and youth in Calgary, Airdrie, Cochrane, Okotoks, and the surrounding communities. BBBS ensures that young people facing adversity have the supportive relationships they need to become resilient and realize their full potential. Children who have been mentored through BBBS are more engaged in school, go on to successful careers, take on leadership roles, give back to their communities, and live happier, healthier lives. Visit bbbscalgary.ca to learn more. 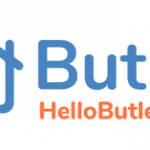