Situated along the Highway 401 corridor in southwestern Ontario the city of London is recognized as one of the country’s preeminent business centres in a number of different enterprise sectors including healthcare, education, hi-tech manufacturing, insurance and a significant provincial government presence. London’s Census Metropolitan Area is now closing in on 550,000 people making it one of the largest urban centres in Ontario and the 11th largest throughout Canada.

Every community defines economic development slightly differently, depending on their natural assets, including infrastructure and talent pool. As example, economic development in Niagara Falls is very different than it is in Toronto, Vancouver or other places based on natural surroundings and London is no different. The focal point of London’s strategic business growth strategies is the London Economic Development Corporation.

The Canadian Business Journal recently spoke with Kapil Lakhotia, President and CEO of the LEDC.

“London has had an interesting past as it relates to economic development. We were once the financial capital of Canada before Toronto grew to what it has now become. We’ve had many historical roots in financial technologies, which are still strong to this day,” begins Lakhotia.

TD Bank, which started in London, still has a very large presence in the city as does London Life, even after its acquisition by Great West Life Insurance, as well as a host of other service providers within the financial and insurance sectors. Despite evolution in virtually every business sector Lakhotia says the expectation is that financial services will continue to grow.

“Of course technology now places a much greater role so there are fintech companies in London now that are coming up the ranks. We expect them to grow as well as our broader digital creative sector, which now has more than 300 companies that employ nearly 10,000 people,” he says.

A prime example of an innovative technological enterprise is a company called InfoTech, which is spending $17 million for a sensational downtown presence.

“Info Tech is a great ‘made in London’ story. The founders of Info Tech Research Group come from the prestigious Ivey Business School at the University of Western Ontario,” says Lakhotia. “They’ve expanded their business so much that they’ve now outgrown their current space and have done a very interesting development in one of the older locations downtown where they’ve done an extensive revitalization project.”

The Info-Tech expansion has helped rejuvenate a portion of the downtown by bringing an additional 100 jobs to the area and adding to the unique cultural vibe, which already had a number of successful tech companies.

The highly-skilled available workforce combined with excellent location and the ability to innovate were all critical factors in Maple Leaf Foods making a corporate decision to a major commitment to the City of London. In fact, at a cost of $670 million it’s one of the largest food investments ever made in Canadian history and will employ about 1,500 people once the 640,000-square foot manufacturing facility is opened in 2021.

“In order to secure this facility we needed to develop over 100 acres of industrial land close to Highway 401, because market access is very important for companies of that magnitude,” explains Lakhotia.

“Our infrastructure as it relates to water, sewer supply and hydro systems needed to have adequate capacity to meet the needs of Maple Leaf Foods, but also in order to supply 1,500 people you can imagine that’s a big strain on the current workforce so we needed to partner with Fanshawe College, Western University and others to start ramping-up skillsets and attract more people in our labour force to be able to maximize the benefit of this opportunity,” continues Lakhotia.

The students at Fanshawe College and the University of Western Ontario will be among the leaders of tomorrow and so it’s crucial to develop strong synergies to ensure their development is in line with what is going to be required in the future.

“We have a very unique partnership with Fanshawe College,” confirms Lakhotia. “To our knowledge it’s the only partnership agreement that exists in all Ontario where an economic development office and a community college work together such that the needs of our labour force and our industries are relayed back to Fanshawe in a real-time setting. We try to eliminate any lag times between training outcomes and employment.”

Through the comprehensive partnership between LEDC and the schools, Lakhotia and his team are able to relay the needs and expectations of the various industries in a very prompt and efficient manner back to Fanshawe so they in turn are able to customize their training programs and offer unique corporate solutions to the expanding businesses in order to develop the most efficient process for all parties to thrive economically.

Business development in London has evolved over the past decade with many more local and regional opportunities opening up according to Lakhotia, who says foreign direct investment attraction 10 years ago was predominantly the main focus of the LEDC, but that is no longer the case. It’s been a conscious business decision based mainly on more contemporary economic development methodologies that involves supporting more home-grown businesses.

“As we stand in 2019 we have a much bigger balance in terms of entrepreneurship growth – organic growth within London – supporting various interest groups such as newcomers, serial entrepreneurs, start-ups and scale-up activities to help business grow,” he explains.

One of the biggest and best investments the city made was the creation of the Budweiser Gardens in the downtown core. The magnificent 9,100-seat sports and entertainment venue is home to the Ontario Hockey League’s London Knights and the London Lightning, a professional basketball team in the National Basketball League of Canada. The complex was originally known as the John Labatt Centre from its opening in October, 2002 until 2012.

“This is our performing arts and sports complex downtown. In addition to being home to the London Knights it also attracts world-class acts for entertainment and recreation, including musicians such as Elton John, Pearl Jam and Cirque du Soleil,” says Lakhotia.

One of this year’s entertainment highlights will come on Sunday, March 17 when the Budweiser Gardens will host the Juno Awards, honouring the best in Canadian music.

Throughout the summer months the city holds a number of exciting annual events in the downtown. The biggest and most-anticipated is called Sunfest, which is one of the largest outdoor festivals in all of Ontario. Sunfest highlights many food, culture, art and music genres in Victoria Park.

“Those summer festivals attract hundreds of thousands of people to our community, which is great for tourism. It also helps to build up our workforce capacity. It builds up vibrancy in the community and creates a sense of vitality,” adds Lakhotia.

The team at the LEDC are currently focused on the development of two very specific areas: one is workforce development and the other is entrepreneurship. With workforce development the LEDC is looking to ensure that employers have access to the skills and volume of people that they are looking to help them grow. The process includes a number of initiatives that are being deployed including newcomer attraction programs, support programs to retrain existing employees that may be looking to advance their skills and better integration of employers within the post-secondary systems. Entrepreneurship is very broad in scope.

“We are trying to drill down and identify scale-up companies that we can support over the course of the next two to three years that would create a very significant employment growth in London,” remarks Lakhotia. “The needs of a hi-tech company may be a lot different than a hair salon. We need to have the answers to assist all entrepreneurs and their companies in order to have a healthy business ecosystem.”

By examining the existing and projected traffic patterns around the Greater Toronto-Hamilton Area and how the movement of people and goods is happening around Ontario, it is apparent to Lakhotia that municipalities such as London and Windsor should have a unique opportunity if the province broadens the transportation infrastructure to include other communities by easing gridlock and creating more employment and economic opportunities throughout Ontario.

“In five years I would think London will be a much more important economic player on the provincial scene and would be recognized along the corridor as such,” concludes Lakhotia. “Our growth in manufacturing and technology as well as our presence as a regional centre for healthcare delivery and education attainment would help us get to that status.” 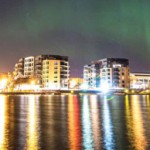