Mention the name Mercedes-Benz and one of the first things that immediately springs to mind is a vehicle brand that embodies the very nature of luxury high-performance, sleek elegance, reliance and class, continuously withstanding the test of time. Founded 90 years ago in Germany, it remains one of the most recognizable automobiles on the roadways in countries throughout the world.

In Calgary, Lone Star Mercedes-Benz has been providing top-notch customer service and high-performance vehicles for more than 40 years. About a decade ago, it became apparent the dealership had outgrown its original location and so the entire team made the move to what is colloquially known as Luxury Lane on Heritage Meadows Road SE in 2007, where a variety of high-end automobile dealerships are conveniently located for consumers to browse while deciding upon their next mode of transportation.

A friendly and knowledgeable staff of 120 people make it a focal point to always ensure the customer is provided with their complete automotive needs, including about 25 employees on the sales and administration side, 22 mechanics and 17 service bays. At Lone Star Mercedes-Benz there are vehicles for everyone, both new and pre-owned, with a courteous staff ready to provide professional sales and servicing assistance Monday through Saturday.

There has been no shortage of news coverage about the economic hardships in parts of Alberta due to a prolonged downturn in the natural resources industry, and specifically oil and gas. However, the City of Calgary is known for its resiliency and business diversification, and as such a number of industries remain economically vibrant. As direct evidence of that, people are still purchasing automobiles.

The Canadian Business Journal recently spoke with Simon Clarke, General Sales Manager at Lone Star Mercedes-Benz, about consumers’ current automobile purchasing trends of both new and pre-owned vehicles in the Calgary area. Despite the uncertainty within some business sectors, sales at the dealership have remained sound.

“We’re doing quite well, running at an even pace to last year, and given the situation overall in Calgary, that’s a positive,” Clarke begins. “There is diversity in a population of 1.4 million people. Not everyone is involved in extracting oil or gas out of the ground.”

Prosperity in any business always commences at the executive branch by setting a strong leadership example of hard work and dedication for others within the organization to emulate. Clarke is a big proponent of concentrating on the positives and it’s a trait that has been readily adapted by his staff, who replicate his lead in carrying out their roles and responsibilities with 100% professionalism at all times. Despite trying economic times, there is always that air of positivity in the building from everyone on the team.

“I’ve encouraged them not to pay attention to negative press about the economy and instead look at the positives of the situation and it seems to have worked. Everyone has found a way to be successful with the power of positivity,” he says.

In a decidedly competitive sales environment, Clarke is well aware of the fact it is crucial to always stay one step ahead of the competition. It’s a challenge he and his staff readily accepts. The quality of the Mercedes-Benz brand is a tremendous starting point, but what really separates Lone Star from other dealerships is its unrivalled client servicing from the time a customer first walks into the dealership to well beyond their point of purchase. As Clarke notes, it is not just about selling an automobile; it’s about building lasting relationships with those customers, which in turn augments a superior level of trust and understanding. The dealership goes as far as to offer concierge service, bringing vehicles to clients who are unable to visit the dealership.

Clarke says there are definite benefits to being located front and centre on Luxury Lane. The dealership itself boasts more than 55,000 square-feet of total space, a 10,000 square-foot showroom, and about 30 different Mercedes-Benz models on public display. The geographic location and the building itself are both ideal for continued prosperity according to Clarke.

“We’ve got some fancy automotive neighbours here in Luxury Lane as it is colloquially known,” he says. “This area of town is known to be a place where you go to look for those types of high-end vehicles.”

Despite being in a relatively new building, the needs of the customer are always changing, and because of that, Lone Star continually strives to meet their demands.

“We’ve done some upgrades recently because we noticed that customers were starting to line up in a fashion in the morning with service, so we created a new flow in our service area just by changing the architecture and the space where the customers come into and gather in the morning,” Clarke tells us. “There are some new processes and systems in place that makes things easier. There’s also a new waiting area with light refreshments – food and drink. We find it’s much better organized.”

Technology being loaded onto new vehicles continues to ascend at a blistering pace; improving both safety and performance, which in turn is of tremendous benefit to the consumer. Clarke says he has noticed an evolution of the buyer as automobiles become more sophisticated. Customers are much better informed and their expectation is that the dealer personnel will be better informed as well, particularly when working under the umbrella of a luxury brand.

“They know what information is available about the vehicles prior to coming in and they’re looking for confirmation from dealer personnel that what they have been led to believe is in fact correct,” Clarke says. “If there is any type of disconnect, then there is immediately a lack of trust. It’s very important that our dealer personnel understand – very intimately – the products or servicing that they are selling.”

At Lone Star Mercedes-Benz, everyone on staff feels as if they are an integral part of the team and ultimately its good fortune. It’s the type of friendly, positive, stable atmosphere which has resulted in a number of employees having long-term tenures with the dealership.

“It’s a large part of the success of this company. The average tenure of the 20-plus sales personnel would be seven to eight years and we’ve got a couple that are 20 years plus,” Clarke proudly says.

Lone Star consistently ranks as one of the top Mercedes-Benz dealers and has the industry accolades to prove it. Clarke is a President’s Circle Member for his brand promotion and leadership of top-notch sales people and delivery specialists. He believes the next wave of emerging automotive technologies stands to be even more captivating than what the public has seen to date.

“It’s definitely a matter of interest for most customers who come through the door,” he says. “Notably, I’d say it’s the move towards autonomous driving. We’ve got cars that park themselves, steer and brake at appropriate times in autonomous matters. I think that’s the most exciting of the new technologies that are taking shape.”

Over the next few years, Mercedes-Benz has announced it plans to introduce about 30 new models to its already impressive lineup. The new model-year 2017 vehicles include the E-Class luxury sedan, the GLS SUV, and the GLC mid-size SUV. Each model is expected to include features that may appeal to the needs of fleets and drivers.

“There will be an expectation from Mercedes-Benz that we continue to maintain our current velocity while keeping our customers happy,” Clarke says. “We’re proud that our customers like to deal with us.

The Mercedes-Benz international slogan sums it up quite nicely: “The Best or Nothing”. 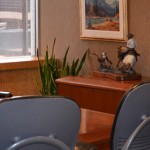 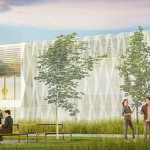