VAUGHAN, Ontario, Sept. 15, 2021 (GLOBE NEWSWIRE) — On the 9th of September 2021, Lumon Production NA Inc. celebrated its grand opening in Canada after major investments in the production and supply chain processes, including its own glass fabrication line and new machinery. The investments were budgeted at around 1.5M CAD, and execution was completed within budget. Although production processes have largely been run independently within North America thus far already, the improved technology and new floor layout are a major step for the growth and independence of North American operations.

The grand opening started with opening words from Lumon Group’s CEO, Jussi Kinnunen. He reflected on the hard work of the production department and the layout of the production floor since he last saw it a year ago. “It looks totally different,” he states with a smile on his face.

Other major investments in production include developments at the headquarters of Lumon in Kouvola, Finland as well as a brand-new production plant in Spain, which will in turn have its grand opening in 2022. “Investments give us space for future growth,” Kinnunen continues, highlighting the value of recent growth initiatives. The investments also are a part of ensuring that future demands can be met, such as production needs for two upcoming high-rises in Maple Ridge, which will be featured with a total of 510 units equipped with Lumon’s glazing. Read more about this project here: https://www.globenewswire.com/en/news-release/2020/11/27/2135428/0/en/Lumon-has-finalized-a-major-deal-in-Canada-to-deliver-balcony-and-railing-glass-systems-for-two-high-rise-buildings.html

Production and Supply Chain Manager Patrick Rafacz is proud of his team – growth has also come with the welcoming of many new employees. Rafacz reflects on the holistic picture of Lumon and creating a culture based on Lumon’s values. “Everyone has to be on board to get results, it’s together that we reach our destination. You’ve truly taken ownership of this investment,” VP of Production at Lumon Oy Jouni Hilliaho joins in, proud of the accomplishments of North American operations.

Although the future is bright, CEO of Lumon North America Olli Vanska takes the time to look back on past years, clearly expressing how far the company has come. The year of the grand opening is on the same year as the celebration of 10 years of operations in North America. 10 years ago, the production facilities looked quite different, which makes the day all the more significant. Lumon’s new product line will also make its debut on the new production line in the months to come, which is an exciting development for the entire company.

“We wouldn’t have this production facility if we would have given up,” CEO Vanska says. The day celebrates years of hard work in bringing Lumon’s product to the North American market. “We have to look at internal and external customers and how we can continually exceed their expectations,” he says.

The grand opening was full of positive light for the future, and the presence of the international leadership team spoke of the importance of the special day. “Let’s not only enjoy the destination together, but also the journey,” Vanska concludes.

A photo accompanying this announcement is available at https://www.globenewswire.com/NewsRoom/AttachmentNg/6a30c126-1224-434d-baa2-7ff118eda036 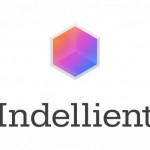