TORONTO, July 25, 2018 (GLOBE NEWSWIRE) — Lundin Mining Corporation (TSX:LUN) (Nasdaq Stockholm:LUMI) (“Lundin Mining” or the “Company”) announced today that, following a successful seven-year tenure as the Company’s President and Chief Executive Officer, Paul Conibear has announced his intention to retire.  As a result of the Board’s succession planning process, Marie Inkster, Senior Vice President and Chief Financial Officer, has been selected to assume the role of President and Chief Executive Officer upon Mr. Conibear’s retirement. Mr. Conibear and Mrs. Inkster are working together to ensure an orderly transition, which is expected to be completed before the end of the year.

Paul Conibear joined the Company in 2007 following Lundin Mining’s acquisition of Tenke Mining Corp. where he served as President and CEO. Mr. Conibear was initially appointed Senior Vice President, Corporate Development, before being appointed President and CEO in 2011. During his time in this role, Mr. Conibear has led the Company through a sustained period of growth and sound operational discipline.  Among the highlights are the highly successful acquisitions of the Eagle mine in Michigan and the Candelaria mining complex in Chile, the sale of Lundin Mining’s interest in Tenke Fungurume as well as advancement of the Company’s corporate social responsibility initiatives resulting in a strong corporate reputation.

Lukas Lundin, Chair of Lundin Mining’s Board of Directors, stated, “On behalf of the Lundin Mining Corporation Board of Directors, I would like to thank Paul for building our company into the success it has become today. Paul has provided steady hands during challenging times in which many other mining organizations did not fare as well. His sound judgement has well positioned Lundin Mining to build towards an even greater future.”

Marie Inkster has nearly 20 years of industry leadership experience, including 10 years with Lundin Mining.  She has played a key role in helping guide the Company’s strategy over this time. Mrs. Inkster joined Lundin Mining in September 2008 as Vice President, Finance, and was appointed CFO in May 2009.  During her career she has held senior positions in a number of publicly-traded companies, including five years with LionOre Mining International Ltd. where she served as Vice President, Controller, at the time of its acquisition by Norilsk Nickel in July 2007.  Mrs. Inkster has strong experience in public company management, public and private equity and debt fundraising and corporate transactions.  Mrs. Inkster is a Chartered Professional Accountant, and spent five years in public accounting with a major accounting firm.

“Marie’s appointment and this transition are a result of a succession plan that the Board of Directors has been working on for the past year,” says Mr. Lundin.  “Marie’s intimate knowledge of Lundin Mining, her leadership style, industry expertise, and market understanding will build on the success Paul has helped the Company achieve.  Marie is well-known and respected in the market and is focused on the future and the Company achieving its long-term strategic goals.”

Lundin Mining is a diversified Canadian base metals mining company with operations in Chile, the United States of America, Portugal, and Sweden, primarily producing copper, nickel and zinc. In addition, Lundin Mining holds an indirect 24% equity stake in the Freeport Cobalt Oy business, which includes a cobalt refinery located in Kokkola, Finland.

This is information that Lundin Mining Corporation is obliged to make public pursuant to the EU Market Abuse Regulation. The information was submitted for publication, through the agency of the contact persons set out below on July 25, 2018 at 5:05 p.m. Eastern Time. 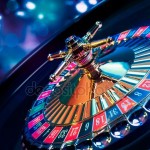