If you want to impress Brad Nathan, the 46-year-old Founder and CEO of Lynx Equity Ltd., the honest approach is best.

The merchant banker, who also contributes to The Globe and Mail’s Leadership Lab column, founded Lynx – a private equity firm that specialize in buying small to medium sized businesses from retiring owners – in 2007 right before the recession of 2008-2009, believes cultivating an authentic connection in business is paramount.

Once a business is acquired, Lynx strives to provide a seamless transition, and maintaining consistency is key.

“After an acquisition, it’s imperative to us to preserve the brand, culture and business relationships of the companies. It’s basically their ‘baby’, and we want to respect this,” he says.

When Lynx is looking to buy a business or is meeting with a new investor, profitability and sustainable revenue are key factors in the decision process.” says Nathan. “The earnings have to be there, and they have to continue. Cash flow for a business is like oxygen is to the body. The only thing that kills a company is lack of cash.”

With annual revenue of over $230 million, Lynx guarantees its investors yearly returns of between 8-14%. A team of 16 employees is housed at the corporate office in Toronto’s East end. The company expanded into the U.S. market in January 2014 with the opening of a San Diego office, followed by a location in Kansas City in July. Both are owned and operated by a subsidiary, Succession Capital. “We have access to a market in the U.S. that is 10 times the size of Canada’s,” says Nathan, in a Fall 2014 interview published in Private Equity Analyst. “And, a bonus of dealing with the U.S. businesses is that the U.S. banks tend to be less risk adverse than their Canadian counterparts.”

Nathan feels that safe risk-taking has contributed to a portion of Lynx’s success. Before acquiring Topcuts, Nathan borrowed 24% on a Visa card belonging to one of his investors, when he was short $50,000, and repaid it in a month. It cost him $1,000, and gained him a highly profitable business.

As the parent company of over 40 different companies, Lynx’s diversified portfolio includes Topcuts, a no-appointment-needed hair salon chain, Maverick Express Inc., a logistics and transportation company, and Of Things Past Inc. a Toronto antiques consignment store. The businesses typically have annual earnings between $500,000 and $2 million, and often the original owners will remain involved, through a transitional management plan.

Jim Wood, Founder and President of Maverick Express, decided to sell his company to Lynx in 2012.  Quoted on the Lynx company website, Wood explains “After running Maverick Express successfully for over 15 years, my wife and I came to the conclusion that we really didn’t have a solid succession plan.  While she was ready to retire, I really wasn’t and our kids did not want to engage in the family business. I would recommend Lynx to any business owner that wants to take some of his chips off the table but still stay engaged and nurture his legacy.”

Recently ranked No. 46 on the 26th annual PROFIT 500, – PROFIT magazine’s annual ranking of Canadian businesses by their revenue growth over five years – Lynx made the list with a five-year revenue growth of 2209%.

Nathan is mindful of living within one’s means, and having a good relationship with the bank. “I used to have a lot of stuff, but when I lost money on a bad business deal a few years ago, it just stopped being important. After I remortgaged my house, and got back on track, I found I could live on next to nothing. I still don’t have a lot of stuff.”

Nathan – who enjoys Jiu Jitsu and mixed martial arts and has done boxing for charity events – is a strong believer in sports being beneficial for those in business, as it fosters camaraderie and teamwork. He believes in investing in fitness to stay on top of his game, and goes to the gym every day.

“This business is a game I really enjoy playing. If I were to win the lottery tomorrow I would be back at work the next day.” 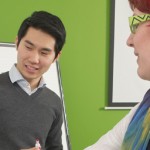 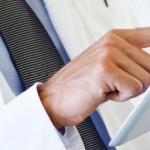