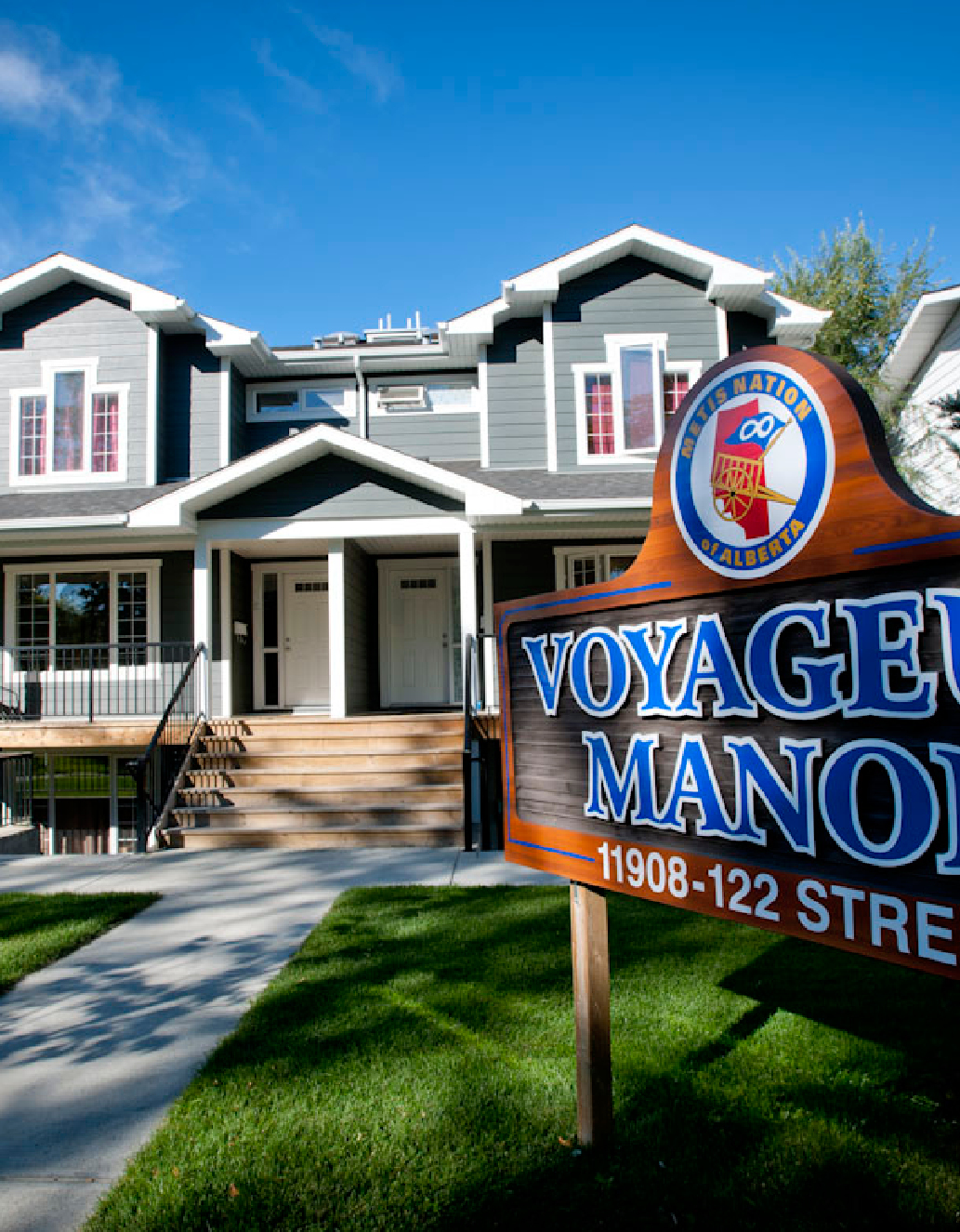 In the early 1970’s, skyrocketing interests forced people to walk away from their homes, creating large amounts of housing stock to the government through mortgage insurance default claims that could not attract investors. To remedy the situation the federal government created subsidized housing programs such as Urban Aboriginal Housing Program. Métis Urban Housing Corporation falls under this program as a sponsor group. The agreements bind the federal government to provide subsidies for terms of 25 to 35 years. The mandate of the company and the goal of the federal government is to provide affordable, adequate and appropriate rental housing for low and moderate income Aboriginal families within the urban centres of Alberta.

Métis Urban Housing Corporation owned and managed 880 of these units, providing affordable housing to about 3,000 Métis and Aboriginal people in Alberta’s urban centres. However, about 198 homes have matured from the program which means the agreements with the federal government are expired, the mortgages are paid in full and the federal government is relinquished from providing any further subsidy assistance. Without the much needed subsidy to survive, the company had to develop a new strategy. So was the creation of a second company, Métis Capital Housing Corporation in 2008.

The Canadian Business Journal spoke with Darlene Lennie, Executive Director of MUHC and MCHC, “To clarify, Métis Urban Housing Corporation has been built and operates based on a partnership with the federal government, while the Métis Capital Housing Corporation owns the majority of their 200 properties outright. The main difference between the MUHC and the MCHC is the fact that the latter operates as an independent business. While still not-for-profit, we have to be profitable to stay in business without any government safety net. This is a very challenging as well as very rewarding experience for us. We are exercising our newly found independence away from the stringent rules under the realm of government control, capitalizing on the opportunity, and proving that we can run a successful business by ourselves, and capable to address housing needs of our communities appropriately.

“While there are funding differences in these models, the same mandate applies — providing suitable, affordable and adequate housing to the Métis and First Nations in Alberta.”

As the units devolve from the program, ownership is transferred to Métis Capital Housing Corporation. MUHC has the option to decide which units should be retained from the aging stock and which to sell. The retained units undergo thorough renovations to meet the latest standards required under the National Building Code, including high-efficiency heating, HWT’s, and windows. “The units are upgraded throughout to ensure MCHC is providing quality housing. Having low income should not mean sub-standard housing.” The revenue from sales is reinvested into the renovated units as well as construction and purchases.

Since Lennie joined MCHC, she worked with consultants to create a comprehensive strategic plan, which included the development of a customized property data management system around the programs MCHC/MUHC participate in. With the plan in place, the MCHC was launched and its asset base grew fairly fast as MUHC is being phased out. According to Lennie the initial immersion into the business world has been challenging in regards to day-to-day operations as well as shifting priorities from MUHC to MCHC. “As MUHC is being phased out, we are losing three employees per every 75 houses that mature, so it has been a harsh balancing act for us between the two companies. However, with the growth of MCHC business and the development of new services, additional employment opportunities will also be offered,” says Lennie.

Lennie continues to push the envelope. The company recently moved its offices into a prominent new office building more suited to MCHC’s day-to-day operations and growing success. The company continues to find effective and efficient ways to cut cost and expenses when it comes to renovations. The company continues to establish new business relationships with various vendors and suppliers to maximize discounts and rebates when purchasing building materials and capital items. “We have also entered into a relationship with the Habitat for Humanity. We provided five units where Habitat provided the renovations to run their home ownership program, while we maintain the ownership of the properties. It is a win-win situation for both companies. We have various partnerships that are evolving with the MCHC that the old company [MUHC] would have never seen due to the restrictions under the program.”

While MCHC still maintains a working relationship with all levels of government, MCHC has experienced huge success as a developer. In the past four years MCHC has purchased a duplex, a 40 suite seniors’ and lodge, constructed three duplexes and a 12 unit multi-family complex.

A diamond in MCHC’s crown is the Boyle Renaissance Project Phase II, a $22 million, 120,000 square foot complex with a 90 unit, senior-friendly, barrier-free residential complex that will cater to the needs of Aboriginal seniors and people with disabilities. MCHC scheduled the grand opening for November 2013. “This project is my baby,” says Lennie. “I worked on this project for over five years, and once you come to the point where financing as well as contractors are all lined up and ready, it becomes a reality. The time spent on developing a concept worthwhile provides as great sense of pride for that accomplishment. Then add Mike Holmes and his team to consult on the project; you engage technology like co-gen for heat and power, automated suites, solar panels and more; you know you have been doing things right, and recognized as a leader in the industry.”

As MUHC passes the torch onto the MCHC, the need for affordable housing is always present and the company is on its way to success, using new avenues of raising funds and profiting for  the Métis and the aboriginal communities in Alberta.