OAKVILLE, Ontario, June 17, 2020 (GLOBE NEWSWIRE) — Fewer families in Saskatchewan are facing the pain and grief of losing a loved one or suffering a devastating injury in alcohol and/or drug related crashes, thanks to the province’s ongoing commitment to reducing impaired driving.
Statistics released today by Saskatchewan Government Insurance (SGI) show that 21 people were killed in impaired driving crashes in 2019, which is a significant decrease from the annual average of 54 people killed from 2009 to 2018. The number of injuries from impaired driving crashes also declined steeply, with 332 injuries in 2019 compared to the annual average of 595 over the previous ten years.“Reducing impaired driving in a significant way requires strong and effective laws, consistent enforcement, impactful awareness and the cooperation of the public,” said MADD Canada CEO Andrew Murie. “Saskatchewan is achieving all those goals.”Just a few years ago, Saskatchewan had one of the worst impaired driving records in the country. Since then, the province has made substantial efforts to reverse that record, including; new laws and stronger consequences for impaired driving; increased investment in enforcement; powerful awareness campaigns that effectively conveyed the tragic consequences of impaired driving; and the introduction of ridesharing.“This substantial decrease in impaired driving deaths and injuries reflects the strong commitment of the Government of Saskatchewan, Minister Joe Hargrave, SGI and police services throughout the province,” said Mr. Murie. “MADD Canada thanks them for their leadership.”MADD Canada also recognizes the people of Saskatchewan for embracing the sober driving message.“We always say that everyone has a role to play in preventing impaired driving, and so many people in Saskatchewan are doing their part. We sincerely thank them for that,” Mr. Murie said.While acknowledging the tremendous progress that has been made, MADD Canada also recognizes and remembers the individuals who continue to lose their lives and suffer injuries as a result of impaired driving. Together with its Saskatchewan Chapter and Community Leader volunteers – many of whom have personally experienced the tragic loss and devastating injuries caused by impaired driving – MADD Canada offers it continued support to the Government of Saskatchewan, SGI and police in their ongoing efforts to make roads safer for everyone.For more information: Andrew Murie, MADD Canada Chief Executive Officer, 416-720-7642 or Deb Kelly, MADD Canada Communications Manager, 1-800-665-6233, ext. 240 or 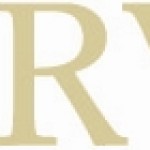