OAKVILLE, Ontario , Oct. 28, 2019 (GLOBE NEWSWIRE) — MADD Canada is bringing its dynamic new School Assembly Program to British Columbia schools to show students how a single decision to drive impaired can change their lives forever.
Road crashes are the number one cause of death among Canadian youth, and alcohol and/or drugs are involved in more than half of those crashes. Every year, MADD Canada produces a new School Assembly Program to educate students in Grades 7 – 12 about the risks of impaired driving. “We want to open a dialogue with young people, and get them thinking about the very real and tragic consequences that can happen when someone drives impaired,” said Dawn Regan, MADD Canada’s Chief Operating Officer. “We provide them with information, tools and motivation to make safe choices and to never put themselves at risk by driving impaired or riding with an impaired driver.”MADD Canada is marking the program’s provincial tour with a special screening at West Vancouver Secondary School today. Joining MADD Canada for this presentation are West Vancouver Councillor Craig Cameron and  West Vancouver Police Chief Constable Len Goerke.Over The Edge shows the story of 17-year-old Sam, who moves back to her hometown to live with her Dad while her Mom travels for work. At a party to celebrate Sam’s homecoming, she reunites with her two best friends, Kat and Adam, and meets Kat’s friend, Steve. The group catches up while drinking and smoking cannabis. Things quickly get out of hand when Kat divulges a secret, and Sam and Adam leave. Knowing she shouldn’t drive, Sam calls her Dad to pick them up. The next morning, Sam and her Dad decide to go fishing. On the way, Sam gets a text from Kat saying that Steve is driving impaired. Sam and her Dad agree to pick Kat up at a nearby farm, and Sam calls the police to report Steve’s impaired driving. Suddenly, a crash happens, changing all of their lives forever.After that fictional story concludes, viewers see interviews with real-life victims of impaired driving who talk about their loved ones who were killed or injured in crashes. This year’s program tells the stories of:Cassius Richards
Cassius was killed when an impaired driver, with over twice the legal limit of alcohol in his system, sped through a red light and hit his car. The impaired driver was convicted and sentenced to four years in prison. For Cassius’ family, there is a void left in their hearts that can never be filled.Doug Stewart & Emily Stewart
A day before Father’s Day, Doug and his daughter Emily were on their way home when a cannabis-impaired driver collided with their car head-on after swerving into the middle of a two-lane highway. Doug was killed in the crash. Emily suffered broken bones and a critical brain injury, and was not expected to live. With courage and perseverance, she survived and has made inspiring progress, but she will never fully recover from her injury.Stanley Thomson
Four carloads of teenagers stopped at a restaurant on their way home from a high school graduation party. After getting a bite to eat, the friends got back into their cars, with one of the drivers high on cannabis, and they headed home. The driver, who was high, began to play a daring game of leapfrog with his vehicle. Suddenly, one vehicle pulled out directly in front of an oncoming tractor trailer and triggered a devastating chain reaction of collisions. Five young men, including Stanley, died in the crash and 11 were seriously or permanently injured.Surveys show MADD Canada’s education efforts resonate with young people. In a 2017-2018 survey about that year’s School Assembly Program, titled The Pact, students said: the program effectively delivered the sober driving message (66%); it motivated them to make the right decision when it comes to preventing impaired driving (74%) ; they had or planned to have conversations with family and friends about impaired driving (73%); and they supported having a similar presentation at the school the following year (97%).To see a clip of the new program, visit the School Programs page on the MADD Canada web site at: https://madd.ca/pages/programs/youth-services/school-programs/.For more information, please contact:
Dawn Regan, MADD Canada Chief Operating Officer, 1-800-665-6233, ext. 223 / 905-330-7565 or . Tracy Crawford, MADD Canada BC/Yukon Regional Manager, 1-877-676-6233 / 604-999-2205 or .
CBJ Newsmakers 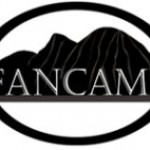 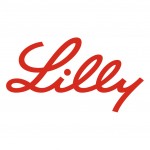