On March 31, two AA pilots arrived in Pemba to assist with the coordination of evacuations from Afungi. The Afungi peninsula, outside of Palma, is heavily guarded due to the construction of a major liquid natural gas plant by French company, Total. Private security forces, local police and the Mozambiquan military maintain control of the area that includes an airstrip.

AA is working in cooperation with VAMOZ (Voluntários Anónimos de Moçambique), a humanitarian group. VAMOZ vets and prioritizes people for evacuation from Afungi to Pemba. They also organize food aid that AA delivers to Afungi.

AA staff in Pemba noted several happy reunions as new arrivals connected with those who were previously evacuated. For the wounded, an ambulance awaited their arrival in Pemba.

A Cessna Grand Caravan is being used to fly evacuees from the area. The airplane is one of two that serves MAF’s program based in Nampula, Mozambique, located south of the conflict region.

MAF’s Canadian headquarters is located in Guelph, ON.

For more than 75 years, Mission Aviation Fellowship (MAF) has been using aviation and technology to reach isolated communities in the farthest corners of the earth. Today, we partner with over 1,500 organizations to deliver support, hope, healing, spiritual care, and community development to thousands of communities where flying is not a luxury but a lifeline.

Photos of the evacuation flights are available up on request. 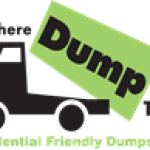 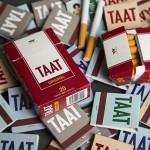