This is the first major acquisition by CEO Mike Manley, who took over in July after the sudden death of long-time boss Sergio Marchionne. It’s estimated the company will now create a revenue base of nearly $18 billion.

The newly formed Magneti Marelli CK Holdings is likely to cut costs through synergies and expand its customer base as components makers try to keep up with a shift by carmakers into autonomous driving, connected cars and electric vehicles. 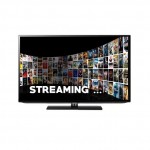