Already a leader in the 3D animation space, Mainframe’s constant drive to innovate has resulted in shows that incorporate live action and Epic’s real-time Unreal engine. Branching into 2D production furthers the studio’s range of creative approach for both original IP and service projects.

Mainframe’s original IP The Guava Juice Show, a YouTube Originals, is the studio’s first 2D animation series out of the gate and is slated to be released in late 2021.

Chief Creative Officer Michael Hefferon says, “Creativity is the key driver in everything we do and our ability to expand our storytelling with our 2D animation pipeline allows Mainframe Studios to push new creative and technical boundaries to produce outstanding content.”

Mainframe has appointed a new Director of 2D Production, Jennifer Bradley, to oversee the studio’s 2D portfolio. Bradley was formerly the Director of Production at Brown Bag Films (a 9 Story Media Company), and will report to VP of Production Greg De Winter.

Jennifer Bradley says, “I’m excited to bring my experience and passion for animation to expand the studio’s 2D opportunities in both IP and service productions. It’s an amazing time to join Mainframe and be part of the studio’s evolution.”

Since 1993, Mainframe Studios has been a leader in the field of animation, producing creative, ground-breaking content for some of the world’s biggest branded properties and studios. Mainframe has produced 1,200+ episodes, 70+ movies and three feature films. The studio harnesses the creative power of its global talent base, along with the latest innovative technology, to create top-tier animated productions for broadcasters, clients and partners. Recent projects include Madagascar: A Little Wild for DreamWorks Animation, Octonauts specials, along with Knowledge Network special Luna, Chip & Inkie: The Festival of Wishes, Mattel’s Barbie Dreamhouse Adventures, and the Netflix Original Series Spy Kids: Mission Critical.

Neither TSXV nor its Regulation Services Provider (as that term is defined in the policies of the TSXV) accepts responsibility for the adequacy or accuracy of this release. 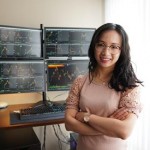 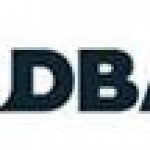 Hudbay Announces Resumption of Full Production at its Lalor Mine