MONCTON, New Brunswick, Nov. 01, 2019 (GLOBE NEWSWIRE) — Major Drilling Group International Inc. (TSX: MDI) is pleased to announce the closing of the previously announced acquisition of all of the issued and outstanding shares of privately-held Norex Drilling Limited (“Norex”), a family-owned drilling company and a leading exploration drilling contractor based in Timmins, Ontario, Canada.
The transaction was completed by payment of the cash portion of the purchase price of $15.2 million (subject to post-closing debt, working capital adjustments and holdbacks) out of Major Drilling’s current cash balance and the issuance of 334,169 common shares of Major Drilling, valued on the closing of the transaction by the volume weighted average price of the shares on the TSX for the 10 trading days before the closing date.  In addition, an earn-out of up to $2.5 million will be payable in cash following the third anniversary of closing, subject to certain conditions.Forward‐Looking StatementsSome of the statements contained in this news release may be forward-looking statements, such as, but not limited to, those relating to: the level of activity in the mining industry and the demand for Major Drilling’s and Norex’s services; the Canadian and international economic environments and conditions; the post-acquisition accretion to Major Drilling’s financial results; organic growth opportunities; the impact of operational changes; and the expected closing date of the proposed acquisition. Since forward-looking statements address future events and conditions, by their very nature, they involve inherent risks and uncertainties. Actual results in each case could differ materially from those currently anticipated in such statements by reason of factors, risks and uncertainties such as, but not limited to, the factors set out in the discussion on pages 14 to 18 of the 2019 Annual Report entitled “General Risks and Uncertainties”, and such other documents as available on SEDAR at www.sedar.com. All such factors, risks and uncertainties should be considered carefully when making decisions with respect to Major Drilling. There can be no assurance that the proposed acquisition will occur as described or at all or that the anticipated benefits will be realized. The proposed acquisition is subject to the fulfillment of certain conditions, and there can be no assurance that any such conditions will be met. The proposed acquisition could be modified, restructured or terminated.Readers are cautioned not to place undue reliance on statements containing forward-looking information that are included in this press release, which are made as of the date of this press release. Major Drilling does not undertake to update any forward-looking statements, including those statements that are incorporated by reference herein, whether written or oral, that may be made from time to time by or on its behalf, except in accordance with applicable securities laws.About Major DrillingMajor Drilling Group International Inc. is one of the world’s largest drilling services companies primarily serving the mining industry. Established in 1980, Major Drilling has over 1,000 years of combined experience within its management team alone. The Company maintains field operations and offices in Canada, the United States, Mexico, South America, Asia, Africa and Europe. Major Drilling provides a complete suite of drilling services including surface and underground coring, directional, reverse circulation, sonic, geotechnical, environmental, water-well, coal-bed methane, shallow gas, underground percussive/longhole drilling, surface drill and blast, and a variety of mine services.For further information:
Ian Ross, Chief Financial Officer Tel: (506) 857-8636
Fax: (506) 857-9211
ir@majordrilling.com
CBJ Newsmakers 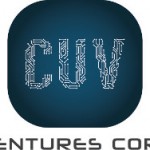