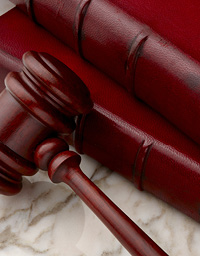 In January 2011, the Ontario Securities Commission (OSC) issued a notice requesting comments on certain shareholder democracy issues including, among other things, the practice of slate voting for directors and whether it should be abolished in favour of individual and majority voting. In September 2011, the Toronto Stock Exchange (TSX) also advised that it would be reviewing its rules regarding uncontested director elections and invited comments from the public on whether companies should be mandated to adopt individual and majority voting policies. These concepts and the rationale for the regulatory review being undertaken are considered below.

Slate voting allows a company to present a slate of nominees for election to the Board with shareholders only being able to cast their vote in respect of the nominees as a group. Individual voting, on the other hand, allows shareholders the right to cast their vote in respect of each nominee being proposed for election. Under the plurality system and the practice currently used in Canada, shareholders do not have the option to vote against a particular slate or individual nominee; instead, shareholders may only vote for or withhold their vote for the individual nominees (in the case of individual voting) or the entire slate (in the case of slate voting). Since withheld votes are not counted under the plurality system, in an uncontested election, the individual nominee or slate, as applicable, will be elected to the Board so long as they receive just one vote in their favour.  Practically speaking, this means that directors who are also shareholders will be able to guarantee their own position on the Board by voting in their own favour – a result that many shareholder activists and corporate governance advocates find untenable.

A majority election system, in contrast to the plurality system, entitles shareholders to vote for or against a particular director. In such case, a proposed nominee who does not receive a majority of “for” votes will not be elected to the Board. This type of voting standard however could create a host of compliance and practical issues for issuers which are difficult if not impossible to overcome (such as failed elections whereby, in the extreme case, no directors are elected to the Board). A variation of a majority election standard which has received considerable support over the years is a majority voting policy. Under this type of model, the plurality system is still applied to individual elections wherein shareholders either cast their votes in favour of or withhold their votes for a particular nominee. Consequently, any director who receives at least one vote cast in his favour will, as matter of law, be elected to the Board. However, pursuant to most “majority voting policies” adopted by issuers, any director nominee who receives more “withheld” votes than “for” votes is required to tender his/her resignation to the Board immediately following his/her election. The Board or a committee thereof (such as the Corporate Governance Committee) would then review the director’s performance in view of shareholder concerns and within a reasonable period of time thereafter, the Board or the committee would, barring exceptional circumstances, accept the resignation of the director. This decision would then be communicated to the public via a press release. The effective result of a director receiving a majority of withheld votes is thereby equivalent to that which would be obtained under a majority election system since withheld votes are essentially treated as votes against the director nominee. The advantage with a majority voting policy as compared to a majority election system is that companies would have sufficient time to take appropriate transitional measures to avoid failed elections at first instance and ensure that their director compositions meet applicable securities and corporate laws and other regulatory requirements.

Presently, neither the Canadian Securities Administrators nor the TSX require companies to adopt a form of individual voting or majority voting policy. Moreover, corporate law in Ontario is silent on the question. Nonetheless, according to statistics published by the Clarkson Centre for Board Effectiveness (the Clarkson Centre), approximately 57 per cent of listed issuers on the S&P/TSX Composite Index (the Index) have adopted a majority voting policy. Additionally, 87 per cent of listed issuers on the Index have adopted an individual director voting policy. These percentages are slightly different when the Index is broken down by the size and market cap of listed issuers. For example, slate voting is still fairly common among small cap issuers. Despite the differences in percentages relating to director voting practices among large, medium and small cap issuers, the numbers clearly reflect the growing trend of companies abandoning the previous standard of slate voting. Indeed, the Clarkson Centre has reported that the adoption of majority voting policies by issuers on the Index has doubled over the last four years.

This trend is largely attributable to the reform movement undertaken by shareholder democracy groups such as the Canadian Coalition on Good Governance (CCGG), which have been urging issuers to modify their director election practices since as early as 2006. These groups have expressed their dissatisfaction with the current permitted practice of slate voting and the use of the plurality system on the basis that these practices do not allow shareholders to meaningfully participate in the director election process, which is, as we know, a fundamental right of share ownership. Moreover, the CCGG and other organizations such as the Clarkson Centre have noted that legal reforms are necessary in order to ensure that underperforming or unqualified directors are held accountable to shareholders through the director election process.

The TSX has also echoed the sentiments of the various governance advocates on the grounds that “[d]isclosure of an issuer’s adoption or non-adoption of a majority voting policy will enhance the governance dialogue between issuers, security holders and other stakeholders and improve transparency.”  The TSX intends on achieving this improved dialogue among relevant stakeholders through a revised disclosure model, which is discussed in more detail below.

To overcome the inherent flaws of slate voting, the TSX has proposed eliminating the practice altogether and mandating individual voting instead so that its policies would be more aligned with both the TSX Venture Exchange (which prohibits slate voting) and those of other regulatory regimes abroad (such as the USA, UK, Australia and Hong Kong which have all adopted individual voting). To address concerns regarding director accountability, the TSX has advised that it is considering enhanced disclosure requirements for issuers relating to director elections by requiring issuers to disclose annually in their management information circulars whether they have adopted a majority voting policy. If issuers have not adopted such a policy, they would be required to explain their director voting practices and the reasons why they believe a majority voting policy is not appropriate in their circumstances. Those issuers would also have to advise the TSX if a director receives a majority of “withheld” votes and the TSX would then follow up with the issuer to understand its intentions and corporate governance practices in light of the voting results.  The TSX has also stated that it will likely speak with the director who did not receive a majority of votes in his/her favour to understand how the voting results may affect his/her views about serving as a director.

While the proposed reforms have been embraced by many shareholder rights groups and others including institutional investors, they have not been met without criticism. Some commentators have expressed their views that director voting policies and other corporate governance matters should be decided at the Board level to allow issuers to adopt policies which are suited to their particular circumstances. These critiques often centre on the premise that prescriptive “one-size fits all” rules may be threatening to the best interests of a company, as they can constrain the Board’s ability to develop and implement policies tailored to the company’s unique circumstances.

On discussing the topic of shareholder democracy issues, a colleague of mine recently quoted a famous Winston Churchill saying: “The best argument against democracy is a five-minute conversation with the average voter.” In fact, certain recent studies on corporate governance matters have brought into question whether the proposed amendments to director voting will actually result in better and more representative boards. Indeed, one such study examined the trends of shareholder votes in the context of say on pay issues and found that there was no strong correlation between a director’s performance and the voting trends of shareholders on director compensation. If the same would hold true in the context of majority voting policies, an argument could be made that directors will be unfairly subject to the whims of the average uninformed voter.

The conversation on whether the proposed amendments are appropriate for all issuers is obviously one that will last longer than five minutes and for every study concluding one way, there are a multitude of others reaching different conclusions. Thus, regardless of how companies decide to proceed in this AGM season, it is clear that the corporate governance landscape will change on some level by next year. Indeed, the shift away from erstwhile corporate autonomy towards greater shareholder involvement has gained tremendous momentum with pressure for change being ratcheted up by the CCGG and other corporate governance advocates over the past few years. Accordingly, in the face of imminent reforms, issuers should be revisiting their corporate governance practices on all levels and begin to seriously consider how they will adapt, if at all, under a new regulatory regime.