TORONTO, March 17, 2020 (GLOBE NEWSWIRE) — Mandalay Resources Corporation (“Mandalay” or the “Company”) (TSX: MND, OTCQB: MNDJF) is pleased to announce that it has entered into a credit agreement with HSBC Bank Canada (“HSBC”) and Macquarie Bank Limited (“Macquarie”) providing for (i) a senior secured revolving credit facility in an aggregate amount of up to US$25 million and (ii) a senior secured term credit facility in an aggregate amount of up to US$40 million (the “Syndicated Facility”). The Syndicated Facility amends and restates the Company’s existing bilateral US$40 million revolving credit facility with HSBC, which was scheduled to mature on July 24, 2020 (the “Existing Facility”). The initial drawdown under the Syndicated Facility will be used to repay the Existing Facility in full and to fund the repurchase or redemption of the outstanding senior exchangeable gold bonds issued by Gold Exchangeable Limited (the “Gold Bonds”).
The Syndicated Facility will have a term of three years. In addition to repaying the Existing Facility and repurchasing or redeeming Gold Bonds, proceeds from the Syndicated Facility will be used for general corporate and working capital purposes. The Syndicated Facility shall be reduced by US$3.0 million each quarter commencing September 30, 2020, until December 31, 2020, and thereafter repaid in eight equal quarterly installments of US$3.78 million starting March 31, 2021, with the final payment of approximately $28.78 million on the maturity date, March 16, 2023. The Syndicated Facility allows for early repayments with no associated penalties and will hold security over the majority of the Company’s material assets.In conjunction with the Syndicated Facility, Mandalay entered into two separate hedging programs with HSBC and Macquarie for a total of 150,000 ounces of saleable gold over the Syndicated Facility’s three year term commencing monthly in July 2020, or 50,000 ounces of saleable gold a year. This hedge consists of a zero-cost collar hedge for 75,000 ounces of saleable gold with a floor price of US$1,550 per ounce and a ceiling of US$1,617 per ounce; and an Australian dollar gold forward contract for the remaining 75,000 ounces of salable gold at AU$2,390 per ounce.Concurrently with the execution of the Syndicated Facility, Mandalay also entered into a bond purchase agreement with a holder of a significant portion of the outstanding Gold Bonds pursuant to which Mandalay has agreed to purchase such Gold Bonds for cancellation. Following the completion of this transaction, Mandalay intends to exercise its rights under the agreements relating to the Gold Bonds to cause Gold Exchangeable Limited to redeem all of the remaining Gold Bonds at a price equal to the principal amount of such Gold Bonds plus accrued and unpaid interest therein. Holders of the Gold Bonds will continue to have the right to exchange the Gold Bonds for shares of the SPDR Gold Trust in accordance with the terms of the Gold Bonds pending completion of the redemption.Dominic Duffy, President and CEO of Mandalay, commented, “We are extremely pleased to have accomplished a key strategic initiative of the Company and restructured our debt with both HSBC and Macquarie. Both lenders have been incredibly supportive in the process; underscoring the confidence in both of our producing assets and will undoubtedly contribute to the long-term success of the Company.”For Further Information:Dominic Duffy
President and Chief Executive OfficerEdison Nguyen
Manager, Analytics and Investor Relations
647.260.1566About Mandalay Resources Corporation:Mandalay Resources is a Canadian-based natural resource company with producing assets in Australia and Sweden, and care and maintenance and development projects in Chile. The Company is focused on growing production at its gold and antimony operation in Australia, and gold production from its operation in Sweden to generate near-term cash flow.Forward-Looking Statements:This news release contains “forward-looking statements” within the meaning of applicable securities laws, including statements regarding the New Credit Facility and the repurchase or redemption of outstanding Gold Bonds. There is no assurance that the proposed transaction will be completed on the terms set out in this press release or at all. Actual results and developments may differ materially from those contemplated by these statements depending on, among other things, changes in commodity prices and general market and economic conditions. The factors identified above are not intended to represent a complete list of the factors that could affect Mandalay. A description of additional risks that could result in actual results and developments differing from those contemplated by forward-looking statements in this news release can be found under the heading “Risk Factors” in Mandalay’s annual information form dated March 28, 2019, a copy of which is available under Mandalay’s profile at www.sedar.com. In addition, there can be no assurance that any inferred resources that are discovered as a result of additional drilling will ever be upgraded to proven or probable reserves. Although Mandalay has attempted to identify important factors that could cause actual actions, events or results to differ materially from those described in forward-looking statements, there may be other factors that cause actions, events or results not to be as anticipated, estimated or intended. There can be no assurance that forward-looking statements will prove to be accurate, as actual results and future events could differ materially from those anticipated in such statements. Accordingly, readers should not place undue reliance on forward-looking statements.
CBJ Newsmakers 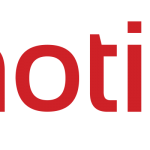 Pandemic hits: Is your business protected?
Canada teeters on the brink of recession