TORONTO, June 29, 2021 (GLOBE NEWSWIRE) — Mandalay Resources Corporation (“Mandalay” or the “Company”) (TSX: MND, OTCQB: MNDJF) is pleased to provide an update on the Main Zone and Lake Zone drilling programs at its Björkdal Operation in Sweden.

Note: Further intercept details including significant intercepts within composite intervals can be found in Table 1 and Table 2 in the Appendix to this document.

Dominic Duffy, President and CEO of Mandalay, commented: “Exploration at Björkdal for the first part of this year has been focused on the eastern margin of the orebody. Significant veining within this area has been confirmed through these two drilling campaigns.”

Mr. Duffy continued, “We are very encouraged by the high grades within veining to the east of the mine and by the strong indications of major extensions to two previously mined high grade skarn lenses. Results from these two programs support Mandalay’s primary objective of elevating gold grades within the site’s current life-of-mine plan.”

Mr. Duffy continued, “Building upon the success of these two campaigns, exploration efforts will test another eastern extension, as well as following-up on the targeting of the skarn mineralization sitting above the veining. This drilling aims to gain sufficient information to support a mining concession application that will cover the extended veining. Beyond these targets, significant extension potential also exists within the Aurora Zone and surrounding veins which will also be a major focus of underground exploration efforts at Björkdal in the near future.”

Mr Duffy concluded, “A video has been prepared by Chris Davis, Vice President of Operational Geology and Exploration, to further explain the information in this release. The video can be found on Mandalay’s website or by clicking here.”

Björkdal veining consist of a series of gold bearing east west trending, sub-vertical, north dipping veins. The majority of these veins exist below a marble horizon that dips towards the north and east with a series of sub-parallel faults trending with the marble. Due to drilling platform constraints, veining that shallowly plunges to the east underneath the marble is unbound. Further to the evident extension opportunity there is a significant potential for upgrading as increased interaction with the marble and faulting to the east produces a favourable mineralising environment (Figure 1).

Both suggestions of vein extension and upgrading have been supported by extensional drilling started in late 2020 by the Björkdal Deeps Drilling campaign and continued through the Lake Zone Infill and the Main Zone Extension drilling programs of 2021.

Figure 1.  Perspective view of the Björkdal Mine looking towards the SSW highlighting the interaction of the veining (Red) marble (Blue) and Björkdal shear (Yellow). Drilling of the 2021 Main Zone extension and Lake Zone infill drilling is also shown.
https://www.globenewswire.com/NewsRoom/AttachmentNg/435343f1-e5b2-4566-9ee7-4d82b89c9ea4

Seven holes and a total of 2,720 m have been drilled from underground developments to the east in order to explore the area underneath the marble and identify vein extensions. Direct extensions to ten veins have been interpreted from the program with 63 significant intercepts within the drilling (Appendix A). Extending veining approximately 200m to the east is an intercept grading 174.0 g/t gold over true width of 0.49 m within MU21-010. To the north more veining extensions are revealed through veining over a total of 0.21 m grading 105.0 g/t gold. With significant mineralization extending through to the eastern most reaches of the program, Mandalay believes that the veining remains open at depth and to the east.

Along with these gold bearing veins, stratiform skarn mineralization has also been identified within MU21-009 and MU21-010 indicating a significant lens could be present above the intercepted veining. This is important as production along skarn lenses have delivered highly significant grades. On the 460 level, one such lens delivered an average grade of 4.8 g/t gold, diluted to 5 m, over a 40 m strike length. The presence of the stratiform skarn style orebodies was anticipated within this program through understanding of structural geometries and the strong interaction of the Björkdal Shear with the marble unit. The multiphase mineralization introduced as a result of this interaction is understood to be highly favourable to gold development.

Figure 2. Plan section of the Main Zone drilling highlighting the position of new drilling and intercepts above 0.5 g/t Au when diluted to 1 m.
https://www.globenewswire.com/NewsRoom/AttachmentNg/0c8960a5-6212-49fd-a5d9-2a09ca1502b7

Visible gold both within the Main Zone and Lake Zone is common and is generally accompanied by significant gold grades when assayed (Figure 3). Within the target zone elevated grades and amount of visible gold is generally attributed to the close interaction of the Björkdal shear, acting as a mineralising fluid conduit, and the overlaying marble unit.

Following from the Björkdal Deeps drilling program of 2020 the Lake Zone infill drilling has confirmed the significant grades and veining continuity shown in the original program. Some highlights of this program are: 226 g/t gold over a true width of 0.21m within MU21-003 and 25.3 g/t gold over true width of 1.03 m within MU21-005. Along with the initial intercepts of 2020 the strike extent of some of the veining is interpreted to be approximately 300 m and the vertical extent below the marble horizon is expected to be approximately 50 m. As with the Main Zone mineralization, veining within lake zone remains unbound towards the east and at depth.

Skarn mineralization, similar to the Main Zone has been encountered within this drilling campaign. The orientation of drilling was not optimised for the stratiform skarn style orebody and a subsequent drilling program to delineate this skarn lens will be forthcoming in the months ahead.

Figure 4. Plan section of the Lake Zone infill drilling highlighting the position of new drilling and intercepts above 0.5 g/t Au when diluted to 1 m
https://www.globenewswire.com/NewsRoom/AttachmentNg/084a18d8-fdfb-4d06-a78d-af8be947ffdc

At Björkdal, all diamond drill core was logged and sampled by Björkdal geologists. Exploration drill hole samples were sent to CRS Laboratories Oy (“CRS”) in Kempele, Finland for sample preparation and assaying.

Chris Davis, Vice President of Operational Geology and Exploration at Mandalay Resources, is a Chartered Professional of the Australasian Institute of Mining and Metallurgy (MAusIMM CP(Geo)), and a Qualified Person as defined by NI 43-101. He has reviewed and approved the technical and scientific information provided in this release.

Mandalay Resources is a Canadian-based natural resource company with producing assets in Australia (Costerfield gold-antimony mine) and Sweden (Björkdal gold mine), with projects in Chile and Canada under care and maintenance, closure or development status. The Company is focused on growing its production profile and reducing costs to generate significant positive cashflow.

Mandalay’s mission is to create shareholder value through the profitable operation of both its Costerfield and Björkdal mines. Currently, the Company’s main objective is to continue mining the high-grade Youle vein at Costerfield, which continues to supply high-grade ore, and also focus on extending Youle’s Mineral Reserves at depth. At Björkdal, the Company will aim to increase production from the Aurora zone in the coming years, in order to maximize profit margins from the mine. 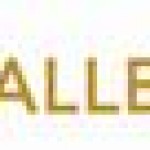 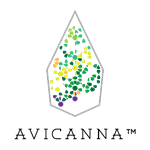