SUDBURY, Ontario, Sept. 30, 2020 (GLOBE NEWSWIRE) — Manitou Gold Inc. (TSXV: MTU) (the “Company” or “Manitou”) is pleased to announce, further to the Company’s news release issued on September 15, 2020 announcing a non-brokered private placement (the “Offering”), a closing of the Offering for aggregate gross proceeds of approximately $2.317 million.
In connection with this closing, the Company issued (i) 19,495,184 units (“Hard Units”) at a price of $0.06 per Hard Unit, and (ii) 12,747,777 “flow-through” common shares of the Company (“FT Shares”) at a price of $0.09 per FT Share. Each Hard Unit consists of one common share of the Company and one share purchase warrant (a “Warrant”). Each Warrant entitles the holder to acquire one additional common share of the Company at an exercise price of $0.12 until the date which is two years from the closing date of the Offering.The Company also paid cash finder fees to Canaccord Genuity Corp. and Haywood Securities Inc. in an aggregate amount of (i) $79,604, representing 7% of the proceeds raised by the finders, and (ii) 1,310,024 broker warrants (“Broker Warrants”), representing 7% of the total number of Hard Units and FT Shares sold by the finders, excluding those sold to President’s List subscribers. Each Broker Warrant shall be exercisable to acquire one Hard Unit at an exercise price of $0.06 for a period of two years following the date of issuance thereof.Proceeds from the Offering will be used for continued exploration and general corporate purposes. An amount equal to the gross proceeds from the sale of the FT Shares will be used for expenditures which qualify as Canadian exploration expenses (“CEE”) and “flow-through mining expenditures” (within the meaning of the Income Tax Act (Canada)). The Company will renounce such CEE with an effective date of no later than December 31, 2020.The Hard Units and FT Shares issued under the Offering shall be subject to a restrictive hold period of four months and one day from the date of issuance. The Company has received conditional acceptance of the Offering from the TSX Venture Exchange (“TSXV”), but the Offering remains subject to the TSXV’s final approval.Insiders and strategic shareholders invested approximately 70% of the funds raised in this closing. Following this closing, Manitou has approximately $4.8 million in cash.Certain officers of the Company acquired a total of six million Hard Units. Accordingly, the Offering is a “related party transaction” under Multilateral Instrument 61-101 – Protection of Minority Security Holders in Special Transactions (“MI 61-101”). The Company relied on the exemptions from the formal valuation and minority shareholder approval requirements of MI 61-101 contained in Sections 5.5(b) and 5.7(1)(a) of MI 61-101 in respect of related party participation in the Offering as the Company is listed on the TSXV and neither the fair market value (as determined under MI 61-101) of the subject matter of, nor the fair market value of the consideration for, the transaction, insofar as it involves the related parties, exceeded 25% of the Company’s market capitalization (as determined under MI 61-101). The Company will file a material change report in respect of the Offering. However, it will be filed less than 21 days in advance of this closing, which is consistent with market practice and the Company deems reasonable in the circumstances given that no conditions to closing remain unsatisfied that would have required the closing to have been delayed for such period.This news release does not constitute an offer to sell or a solicitation of an offer to sell any of the securities in the United States. The securities have not been and will not be registered under the United States Securities Act of 1933, as amended (the “U.S. Securities Act”) or any state securities laws and may not be offered or sold within the United States or to U.S. Persons unless registered under the U.S. Securities Act and applicable state securities laws or an exemption from such registration is available.For further information on Manitou Gold Inc., contact:Richard Murphy, CEO and President
Telephone: 1 (705) 698-1962
Email: info@manitougold.comNeither TSX Venture Exchange nor its Regulation Services Provider (as that term is defined in policies of the TSX Venture Exchange) accepts responsibility for the adequacy or accuracy of this release.Forward Looking Statements – Certain information set forth in this news release may contain forward-looking statements that involve substantial known and unknown risks, assumptions and uncertainties. These forward-looking statements are subject to numerous risks, assumptions and uncertainties, certain of which are beyond the control of Manitou, including with respect to the receipt of the final approval of the Offering and the use of proceeds of the Offering. Readers are cautioned that the assumptions used in the preparation of such information, although considered reasonable at the time of preparation, may prove to be imprecise and, as such, undue reliance should not be placed on forward-looking statements. 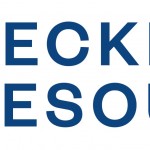