Highlights of drill results are from the Stover Zone, which is within the Company’s Goudreau Project, where the Company is reporting assay results from an additional three drill holes that significantly expand known gold mineralization along strike, to 400 metres, and down-plunge to 500 metres.

“The continued intersection of significant gold values over tens of metres of thickness indicate that the regional BDZ, which hosts our Goudreau Property, is a gold-endowed, crustal scale deformation zone. We are excited that we still have several exploration targets to test on the original Stover grid, which covers the eastern 4.5 km of the BDZ,” stated Richard Murphy, President and CEO of Manitou Gold. “Our geophysical surveys covering the western 10 kilometres of the BDZ are well under way. I expect that we will be ramping up our exploration drilling to test additional new targets in this area in the coming months.”

(1) Lengths are reported as core lengths. True thickness is estimated at 70% of reported intervals based on observed core angles.

New Geophysical Surveys Covering the Western 10 km of the BDZ

Ground geophysical surveys, including an Alpha IP (induced polarization) survey, covering an additional 10 kilometres of strike length along the Baltimore deformation are well underway (Figure 2 : Targets along the Baltimore deformation zone). High priority regional targets along major structural intersections and flexures along the BDZ are currently being prioritized, with initial results expected during the first part of May. It is expected that initial drill targets will be ready for testing in June.

About the Goudreau Project

The Goudreau project is located 50 kilometres northeast of Wawa, Ontario and is underlain by Archean-aged rocks of the Michipicoten Greenstone belt. The project area is traversed by several broad-scale deformation corridors, which host the majority of the important regional gold deposits and showings in the region.

The eastern half of the Company’s Goudreau project is centrally located over the regional BDZ, which encompasses 18 kilometre of strike length of the BDZ. Geological and geophysical interpretations indicate that the BDZ is the fault offset continuation of the Goudreau Localsh Deformation Zone, which hosts Alamos Gold’s (TSX:AGI; NYSE:AGI) Island Gold deposit and Argonaut Gold’s (TSX: AR) Magino deposit, in addition to a number of smaller-scale past producing mines, including the Cline and Edwards mines.

As a fault offset extension of the Goudreau-Localsh Deformation Zone, which hosts two multi-million ounce gold deposits and has seen over 1,000,000 metres of drilling for gold, the BDZ has been extremely under-explored along its 18 kilometre long trend, with only 4,400 metres of known historic gold drilling.

Samples were delivered to Activation Laboratories (“Actlabs”) in Thunder Bay, Ontario. At the laboratory, samples were crushed up to 80% passing 2 mm, riffle split (250 g) and then pulverized to 95% passing 105 microns. Gold was analyzed by fire assay with an AA finish, using the 50 g sub-sample. Over limit analysis was performed on all primary assay results >3 g/t gold. All over limits were tested by fire assay with gravimetric finish using a 50 g sub-sample. Actlabs is a certified and ISO 17025 accredited laboratory. Standards and blanks were routinely inserted into the stream of core and channel samples. At least 20 percent of the core and channel samples submitted to the laboratory comprise samples used for quality control. Actlabs routinely inserts their own certified reference materials for at least 20 percent quality control in each batch. 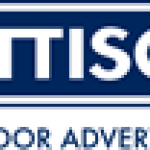 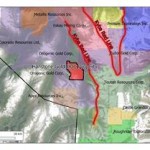