TOMBSTONE, AZ–(Marketwired – Jul 17, 2017) –  Mansfield-Martin Exploration Mining, Inc. (OTC PINK: MCPI) announced today that it has closed a portion of its November 28, 2016, transaction with Armada Minerals, Inc. and other related persons and entities (collectively, the “Armada Group”).

Mansfield-Martin’s agreement with the Armada Group called for the acquisition of 100% of Tombstone Development Corporation, believed to be the oldest continually operating mining company in Arizona, and approximately 3,800 acres of mining properties and claims in the historically prolific Tombstone Mining District in exchange for the issuance of approximately 285 million shares of stock. Because this is a non-cash transaction, among other reasons, the Company will record the assets covered in this portion of the acquisition at either founder’s cost or a nominal carrying value, using a gross asset value of approximately $5,081,000, against a liability for the assumption of acquisition-related debt of approximately $1,800,000. Details of the transaction with carrying values are set out in the Form 8-K filed on June 27, 2017.

The remainder of the transaction will be recorded at Fair Value, pending the completion of a Fair Value Opinion to be provided by qualified geologists.

Mansfield-Martin’s properties cover numerous historic mines, including the Lucky Cuss, the Old Guard and the Ace in the Hole, along with undeveloped acreage west of Tombstone on the quartering slope of the caldera, including the Ground Hog claims and Western Mining District. Additionally, through its ownership of Tombstone Development Corporation, Mansfield-Martin is the repository of valuable, non-public mining and production records, along with geology reports, covering activities in the District from operations going back over 100 years.

From the 1870s to the First World War, over 260,000 oz. of gold and 32.5mm oz. of silver were processed from the historic mines in the District, along with commercial quantities of lead, zinc and copper. At current prices, these metals would be valued at more than $1 billion.

Geologists estimate that only approximately 25% to 40% of the available high-quality ore has been mined, leaving significant mineralization for re-entry mining operations. Furthermore, previously mined and unprocessed materials in surface dumps at or near these mines also contain significant gold and silver values, and preliminary drilling and testing on additional undeveloped acreage suggests mineralization that could far exceed these amounts.

About Mansfield-Martin Exploration Mining, Inc.
Mansfield-Martin Exploration Mining, Inc. is principally engaged in a variety of mining activities on owned and claimed property in Arizona’s Tombstone Mining District, a historically prolific zone of silver and gold production. Mansfield-Martin is an SEC-Reporting company, and has approximately 335 million shares issued and over 200 shareholders. Additional information can be found at www.mansfieldmartin.com or in its SEC filings at https://www.sec.gov/cgi-bin/browse-edgar?company=Mansfield-martin&owner=exclude&action=getcompany. 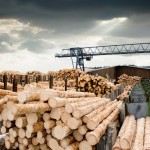