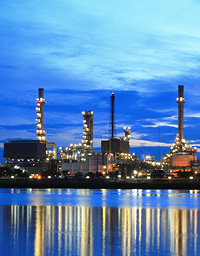 Several of Canada’s export-dependent manufacturing industries are counting on the U.S. economy and demand from emerging markets to sustain production increases and bolster profitability in the face of increasing global economic uncertainty, according to the Canadian Industrial Profile-Summer 2012.

Published by The Conference Board of Canada in association with the Business Development Bank of Canada (BDC), the Canadian Industrial Profile service provides a five-year forecast for production, employment, revenue, cost and profitability for six industries each quarter.

“The continuing financial crisis in Europe is the primary risk to some of Canada’s high-profile manufacturing industries. Turmoil in the Eurozone could further undermine business and consumer confidence in the United States and emerging economies,” says Michael Burt, Director, Industrial Economic Trends. “Most of the industries covered in this outlook are experiencing healthy production growth, but the strong Canadian dollar will limit the prices that export-oriented industries receive for their goods.”

“Despite the continued improvement in revenue, profitability, and job creation across all sectors, we’re not out of the woods yet,” cautions Pierre Cléroux, Vice President and Chief Economist, BDC. “The manufacturing sector is still far from its pre-recession highs and unless Canadian businesses make significant investments in productivity, they will have difficulty competing in the new economic environment.”

The recovery of the auto industry is in full swing, thanks to surging vehicle sales in North America. Canada’s motor vehicle parts production will grow by almost 15 per cent in 2012, but it is still well below pre-recession highs. The strong Canadian dollar, however, will limit price growth. As a result, industry profits are forecast to increase modestly from $1.2 billion in 2012 to slightly more than $1.5 billion in 2016.  Just recently Ken Lewenza and the Canadian Auto Workers union successfully negotiated new four-year agreements with Ford, General Motors and Chrysler, thus avoiding any work stoppages.

After three years of declining or stagnant production, aerospace industry output will grow by almost seven per cent by the end of the year. Strong demand for aircraft in emerging countries, along with expectations for a sustained recovery in the United States, will help to boost production by more than three per cent annually over the next four years. However, weak price growth will limit the industry’s profitability to about $500 million annually in the next couple of years.

A long-awaited rebound in the key U.S. housing market is expected to support the outlook for both the wood and furniture industries. Home delinquency rates and inventories are falling, pent-up demand for new construction is driving increased building, and prices have stabilized in many markets. Buoyed by export demand, overall production in 2012 will increase by 3.3 per cent in the furniture products industry and by almost eight per cent in the wood products industry.

Prices, however, will increase only modestly over the next four years.

After losing $114 million in 2011, the wood products industry is expected to return to the black in 2012, posting a profit of $208 million. Wood industry profits are expected to more than triple next year to $673 million. Meanwhile, profits in the furniture products industry are forecast to stabilize at about $400 million annually through 2016.

Online media, e-readers and tablet computers are displacing demand for paper and printing services. As a result, production levels in both the paper products and printing services industries will continue their recent declining trend. The industries have shed about 20,000 jobs each since 2008. Yet, despite declining production and limited price growth, both industries are marginally profitable. Printing services firms are expected to post profits of $254 million this year, while the paper products industry is forecast to make $229 million this year.

The outlook for paper products manufacturers is expected to show modest growth beginning in 2013. Growing demand in emerging markets will help boost production and profitability. As well, the industry is exploring new uses for forest resources (with governments as a partner through the Bio-Pathways Partnership Network), such as producing biochemicals and bio-energy from wood fibre. The global markets for products such as green chemicals and alcohols are potentially worth billions of dollars.