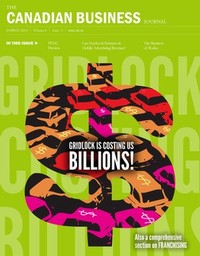 The ongoing transformation taking place at Canada Post is proving exceedingly difficult as the Crown corporation grapples to reinvent itself in this new digital era, where communications have arguably been impacted to a larger degree than most any other business sector. Despite being deep in the red, Canada Post is apparently not planning to cut its daily mail delivery routes, despite rumours the five-day delivery week may be reduced to four – or possibly even three – in order to stem the red ink. The post office has been dealing with shortfalls since reporting a massive $327 million loss in 2011 and it’s been losing millions ever since.

Speaking of money, when did the definition of “adjustment” and “change” automatically mean “increase” when it comes to monthly bills? I’m referring to those from banks, cable operators, cellphone companies, et al, informing us of the wonderful new products and services we’re able to access, and so we can expect a monthly “adjustment” to reflect those enhancements. It’s understood that infrastructure requires constant maintenance and upgrades, but the word “adjustment” doesn’t help soften the blow. But it’s not as aggravating as gridlock, which is costing the Canadian economy billions each year, and is our cover story.

What a surprise to find I have a LinkedIn account that ranks in the top 5 per cent! I can hardly contain my jubilation! Okay, enough with the sarcasm and to the point: it’s all part of an ingenious marketing ploy.

Being ranked in the top 5 per cent of LinkedIn’s entire registered user base sounds impressive on the surface; but if you do the math, it quickly mitigates much of the euphoria. There are about 200 million registered users on the site, which means 10 million other people received the same email. Putting it into perspective, that’s the equivalent of every man, woman and child living in B.C., Alberta, Saskatchewan and Manitoba combined. But give LinkedIn credit – it’s a creative marketing scheme designed to stroke our egos. I’m sure some of you received emails from gleeful business associates, sharing their fantastic news. Let’s also keep in mind it’s safe to conclude there’s a relatively large number of dormant user accounts as part of that 200 million user base, decreasing the valid contenders for this prized acclamation that much further.

Here’s the real incentive: since we, the users, are so incredibly popular in terms of page views (according to LinkedIn), why not spend $7.95 per year and get the premium version, and receive the complete list of people who’ve been viewing our profiles rather than a select few they tease us with on the basic version? The rationale is that it’s a great way to link up with others. That aspect is debatable at best depending on just how strong your monthly numbers really are. You can find those stats on your profile. That aspect alone would likely lead to a number of users rethinking the whole premium upgrade – but to each his/her own. Bottom line is that this provides LinkedIn with a method to build instant revenue, largely at the expense of its more impressionable users. If just 10 per cent of the 10 million who received the email decide to opt for the upgrade, it translates into an almost $8 million gain for LinkedIn. It’s not about the $7.95. It’s about whether there’s equivalent value. I’m clicking ‘no’. 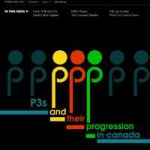 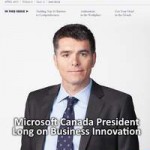