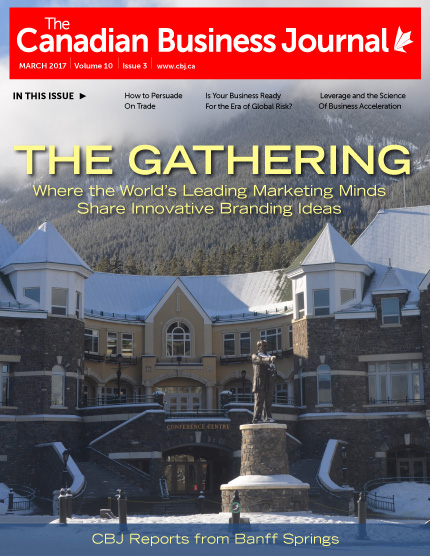 Nestled within the Rocky Mountains at an altitude of 1,400m the incredibly breathtaking Fairmont Banff Springs acts as host to The Gathering, an internationally-acclaimed marketing conference held each February that has drawn incredible reviews from participants. I had the pleasure of attending this year’s annual event and was blown away by the level of professionalism and engagement from all those involved. Some of the biggest brand names in the world were represented by their senior marketing people who are responsible for spearheading influential campaigns. The Gathering is run by a Calgary-based company called Cult Collective, which was co-founded by Chris Kneeland and Ryan Gill. There are too many people to thank for the hospitality I was shown, but Nicole Vainer, Ciera Jones and Greg Damus were instrumental in assuring I was able to connect with the right people. Each year the event is sold out – and it is easy to see why. You can read all about the event, which is our cover story.

Justin Trudeau evidently made a sizable enough impact on Donald Trump when the pair met in Washington last month because he got a shout-out when the U.S. President made his first address to Congress on Feb. 28. The Prime Minister went in to his meeting with an agenda about empowering the position of women in business, which he no doubt realized would be near and dear to Ivanka Trump’s heart. And, it’s no secret Ivanka has the ear of her presidential dad more than any other person on Earth.

Google parent Alphabet posted fourthquarter profit below analysts’ estimates; however, the company posted a stronger-than-expected 22.2% increase in quarterly revenue as advertisers spent more to reach an expanding user base that spends more time on smartphones and YouTube. There may be other companies with as large or larger market cap, but none are more influential than Alphabet.

McDonald’s, the world’s largest fast-food chain, will soon launch a mobile order-and-pay and curbside pickup across its U.S. restaurants toward the end of the year. A sizable percentage of the population already have weight issues, mostly due to high caloric intake and not enough exercise to burn it off. Not having to get off one’s backside means that even the pittance of exercise of the inconvenience of having to go to the restaurant will soon be gone. Just hang out on the couch, belt undone and wait for the food to arrive. Convenient – yes. Helpful in getting people more active in the hopes of living healthier lifestyles – no. 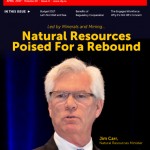