Regardless whether you support the new U.S. administration or not, it is obvious that the global rules of marketing have been re-written. Marketing was traditionally based on careful research, forecasting of trends, evaluation of current economic growth and feedback from the market itself. But today’s successful marketing seems to be based on the simple concept that “perception equals reality”.

This approach has been used in different ways by former world leaders such as Churchill, Hitler, Chavez, Bush and others, relying on repeated statements and visual imagery that eventually overcame logic and common sense, and become their mantra.

In the current U.S. situation we have witnessed how non-stop self-promotion backed by relentless imagery of a brand name, plus a constant media presence, an unusual look and repeated references to personal financial success created an unstoppable tidal wave of support. These self-fulfilling prophecies may have had little basis in fact or logic but succeeded because they undoubtedly moulded our perceptions.

Our society generally gives little time to thinking any further than the next superficial Facebook statement and U.S. watchers enjoy seeing an apparently successful public figure challenge their normally cautious view of the world.

Early-morning 140-character tweets have become the current norm of presidential communication and every statement is taken as fact, fulfilling a world audience’s hunger for outrageous (often unsubstantiated) “news”. It seems that philosopher Marshall McLuhan’s belief that “the medium IS the message” has been proven again.

Canadians might have some difficulty in becoming more aggressive about promoting themselves and becoming outrageously visible, to trust their gut, to set a target they instinctively believe is right… but they should consider following these steps:

1. FACT: Boastful expressions leave an indelible impression – people can’t believe someone would boast about their abilities without providing proof. As a result, recently-familiar statements like “I have had tremendous success” and “everybody says I am the best”, when repeated often with complete assurance, inevitably become facts in the public’s eyes.

ACTION: Pick an expression or word that clearly describes your service. Endlessly repeat it in all your advertising, correspondence, press releases, during presentations and on your website. Make it an indelible part of your brand’s Mission statement.

2. FACT: There is nothing more impressive than others recommending you and your service.

ACTION: Ask clients for a recommendation on your Linkedin profile. Quote their comments on your Website. Expand on those comments in your Blogs. Update your Profile often and refer to their comments. Always ask for a reference, then publicise it.

ACTION: Always publicise your professional, charitable or volunteer activities. Ignore your competitors and freely offer your opinions and experience related to your service sector – nobody can argue with a personal opinion. Strive to become an unofficial spokesperson for your specialty so that your brand name becomes synonymous with the service you offer.

In conclusion, a new global marketing paradigm has become the norm. It requires shedding our traditional low-key ways of promoting ourselves and our services. The old marketing ways don’t work anymore and poet Goethe’s claim that “Boldness Has Genius, Power, and Magic in It” is being proven by our southern neighbours.

Forcing ourselves to go against ingrained personal standards we hold dear (such as keeping a low profile and being factual) will be hard. But it is time to consider embracing new ways to promote ourselves and our services to a world that seems willing to accept every boastful self-promoting comment, however exaggerated it might be. Like it or not, this is the time to learn some tricks from a master salesman who, by relying on his proven street-smarts, is now essentially going to put those skills to running the world. 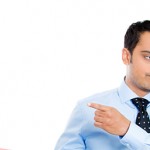 What’s That You Say: They’re Looking For My Replacement? 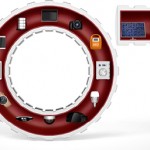