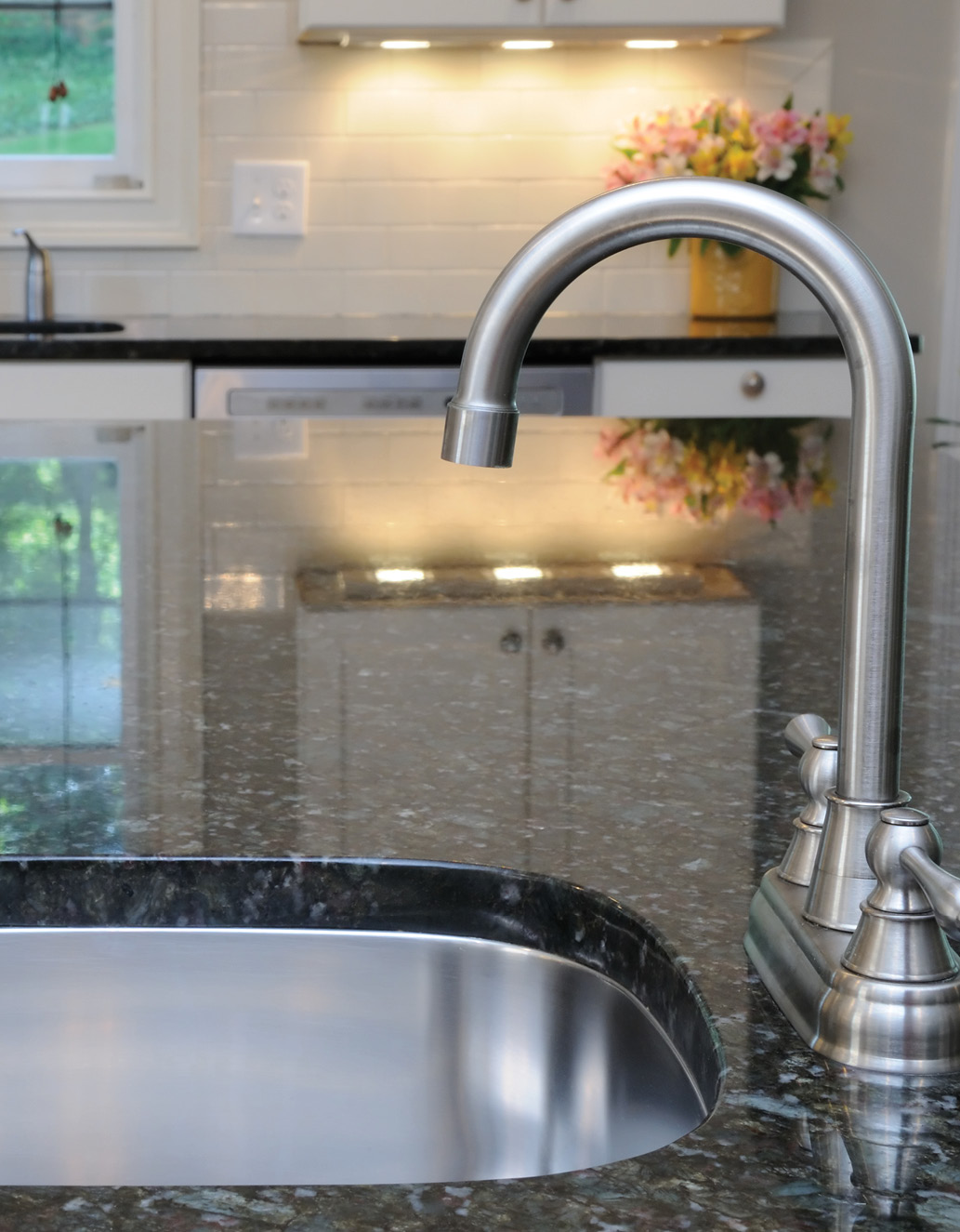 Martel & Sons Inc. has been manufacturing monuments since 1903. The company traditionally offered monuments on the retail level, but expanded to wholesale in 1990s, and has diversified to provide granite and stone for commercial and residential projects. The company has two main production facilities with the total of 55 employees, and 13 offices and retail outlets across Canada (under various names).

“Before 1903 we were Martel & Bates, but since then it’s been Martel alone. My brother Michel and I are the fourth generation and the two of us have been in business for over 35 years. Our main focus is cemetery monuments. Here we do both wholesale and retail, supplying at three levels: customers, funeral directors, and cemeteries. We also do concepts, designing memorials and monuments commissioned by the government,” says Andre Martel.

Peterborough Wall of Honour monument comprises of twelve tan-brown boulders of nearly 15 tonnes each, and each stone has a black granite insertion with 15,000 characters in total. According to Martel, the monument stands on old native burial ground, so the monument had to stand on its own without a foundation. “We worked closely with the architects designing a monument that would not require a foundation. It was supposed to be a straight monument – like a wall – so came up with the boulder solution,” says Martel.

Another recent monument work is called “Reconciliation: The Peacekeeping Monument”. Located in Ottawa, this monument commemorates Canada’s role in international peacekeeping, and the soldiers who have participated and are currently participating in Canada’s peacekeeping missions. The monument depicts three soldiers — two men and a woman — standing on two ridges of stone which cut through the broken debris of war and converge at a high point. The base of the monument includes Lester Pearson’s 1956 quote, “We need action not only to end the fighting but to make the peace… My own government would be glad to recommend Canadian participation in such a United Nations force, a truly international peace and police force."

While monuments are what brings luster to Martel & Sons brand, the company remains faithful to the tradition of providing quality monuments to families for their late loved ones, always staying on top of the latest trends and working closely with the families to represent the life of the loved ones in the right light.

“We are very innovative company. We travel to see what the customers want and what the market offers, and we bring that to the customer. We work with the families, looking back at the life of the family and the people who passed away, and we work with shapes and colours to design the right kind of monument for the person. We create personalized, hand-made etchings – we don’t use any lasers or anything,” says Martel.

As a company that has been in business for over a century, the company has been becoming a consultant to its wholesale customers, educating them on how to address and answer the demands of the consumers, because monuments need to reflect the life of the person, ultimately becoming an original work of art.

According to Martel, the aging population of baby boomers who remain faithful to the traditional burial methods will play a significant role in demand for the Martel & Sons’ monuments. Besides baby boomers, immigrants from the more traditional societies such as Greek, Eastern European or Jewish also remain faithful to traditions. “The monuments are very important with these more devout cultures. The monuments are larger, more elaborate and more personalized compared to what North Americans would do,” says Martel.

The company also entered in commercial stone work, providing builders fireplaces, kitchen counters, vanities, bath contours, showers and anything in between. Granite countertops used to be considered high-end products, but with the increased customer demand they became a commodity, with customer expecting it. This product line currently represents between 15 and 18 per cent of the company business, but Martel doesn’t expect this business line take over Martel & Sons’ focus on monuments anytime soon, remaining faithful to the family tradition and providing Canadians award winning products and quality service.